The wonder of insects

THE ENTOMOLOGICAL collection of the Slovak National Museum's National History Museum demonstrates the richly varied scope of this branch of zoology. 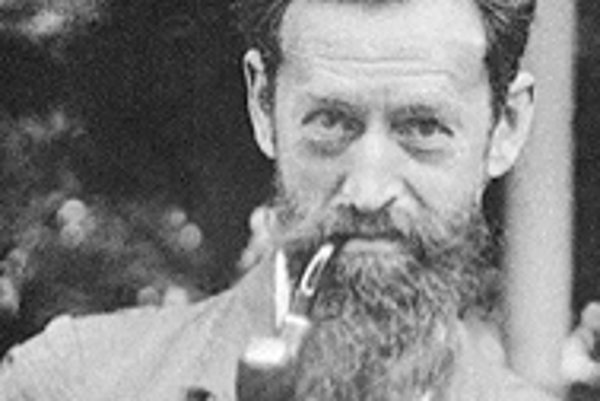 THE ENTOMOLOGICAL collection of the Slovak National Museum's National History Museum demonstrates the richly varied scope of this branch of zoology.

One of the most significant figures in the history of entomology - the study of insects - was the Czech scientist Jan Roubal. Within his lifetime, Roubal was recognized as a leading figure in his field. His beetle collection is one of the finest in the world and his major findings were published in the three-volume Catalogue of Coleoptera in Slovakia and sub-Carpathian Ruthenia, published between 1930 and 1941.

Born in Chudenice in present day Czech Republic, he came to teach in Slovakia in 1919, shortly after the establishment of Czechoslovakia. He became head teacher at the girl's high school in Banská Bystrica and stayed there until 1938. At that time, with the founding of the Slovak state, he was forced to leave.

However, during his time in Slovakia, Roubal became committed to collecting and classifying beetles all over Slovakia and sub-Carpathian Ruthenia.

He discovered a large number of rare and previously unknown species not only to Czech and Slovak scientists but also to the science of entomology itself.

During his lifetime Roubal published an amazing amount of work - more than 500 papers. The three-volume Catalogue of Coleoptera in Slovakia and sub-Carpathian Ruthenia was based on his collection of more than 160,000 specimens of beetle.

This collection also contains insects gathered on Roubal's numerous trips to the Balkans, the Caucasus and the Alps. Insects collected from the long march of the Czechoslovak legions through Russia to Vladivostock and North America are also found here.

Roual's work as a collector is not interesting simply because of the amount of insects he gathered. He also provided a wide-ranging taxonomy of beetle types. In the Slovak region alone he classified more than eight thousand species.

At the age of 70 this prolific and pioneering scientist changed the focus of his research to true bugs. He was active in this field until the age of 92.

Roubal's activities as an "entomologist-polyhistor" led him to regard nature holistically. He regarded his work as part of a study of the environment. As well as an entomologist he was also an excellent botanist. His collection is among the largest in Europe, yet Roubal saw it not as an end in itself but as a path to further knowledge.

Today, Roubal's vast insect collection serves as a documentary resource for faunistical and taxonomic publications and is popular with scientists all over the world.

It also serves as a reminder of an unconventional figure, often photographed in the field holding his insect net and smoking his trademark pipe.