A true taste of Ireland

ST PATRICK'S Day is alive and thriving in Ireland and countries around the world - including Slovakia. Crowds flock to the centre of Dublin to take part in parades, listen to concerts and see what the craic - the special Irish atmosphere of warmth and merriment - is about. 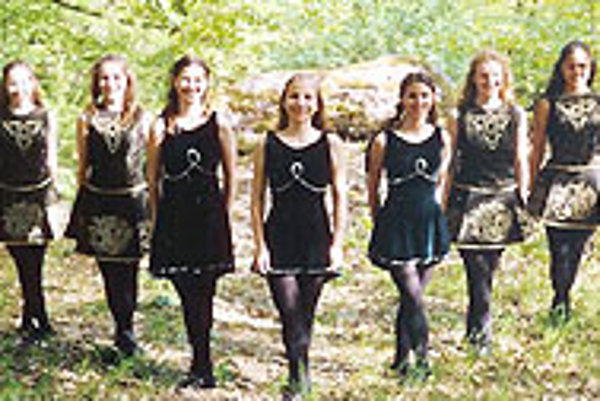 ST PATRICK'S Day is alive and thriving in Ireland and countries around the world - including Slovakia. Crowds flock to the centre of Dublin to take part in parades, listen to concerts and see what the craic - the special Irish atmosphere of warmth and merriment - is about.

In Ireland, workers get the day off to go to church, attend parades and street theatre performances and generally let loose. Most wear a shamrock, the three-leafed clover that St Patrick used to teach the people about the holy trinity.

This year, St Patrick's Day is coming to Slovakia. Flook, one of the leading bands on the Celtic music scene, will be playing in Bratislava on March 19, two days after the big day itself. (Unfortunately, Czech St Patrick Day organizers got to Flook first this year).

"The Czech organizers decided to invite Flook after the band's successful concert at the Beltine festival in Bratislava last year. But because the band liked Slovakia very much, they asked if they could come here again as well," says Roman Kozák from Keltieg, the band and civic association of the same name, who brought Flook to Slovakia twice already.

This year Flook will celebrate their 10th anniversary at the Bratislava concert. Czech and Slovak musicians from Keltieg will also take to the stage at Babylon Club on March 19. Slovak dance group Avalon will add authenticity to the occasion with some Irish-style dancing.

Keltieg expect Flook to play tunes from their new CD and are planning to offer the Irish group a little surprise. To celebrate their 10th anniversary, Flook's concert will be recorded for a DVD.

"We respect this band and we like their music. There are a lot of Celtic music CDs coming out, but most of them are too touristy. They don't have any real musical value for us.

"But when you get a Flook CD in your hands, it shows you where you can get in terms of processing arrangements and mastering an instrument," says Kozák, who has known the band since 2002.

was a whole drum set. A year later we played on the same bill as Flook in Spain and I realized that the CD shows only a fraction of what Flook actually play live."

Over their ten-year history, the band has continued to be number one in the Celtic music field.

In 2004, Flook's flautist and Irish pipe player Brian Finnegan was named Male Musician of the Year in Irish traditional music, winning The Livie. This year, flute player and accordionist Sarah Allen and bodhran player John Joe Kelly have gained the recognition they deserve for their highly skilled playing. These three, plus Irish-tuned guitar player Ed Boyd fuse their playing into an original sound, admired by traditional music lovers and general audiences alike.

"Flook are four virtuoso players, who are full of ideas and experience in how to arrange Celtic music in combination with jazz and world music," says Kozák. He also thinks the band manages to make listening to music without words entertaining to people who do not normally like instrumental forms, such as jazz or classical.

"It's similar to Jethro Tull. They are not a band you hear every day on the radio, but they're still popular. Flook play instrumental pieces, they don't sing, but after a concert you feel they haven't played enough," Kozák says.

To further enhance the Irish atmosphere, the Slovak organizers will project images of the "Emerald Isle" onto the wall and to add to the authentic flavour of the celebrations they will be serving good Irish whiskey.

The St Patrick's Day concert starts at 19:00 on March 19 at Babylon Club at Karpatská 2, Bratislava (near the capital's main train station). Tickets cost Sk400 and are on sale at Dr Horák, Medená 20, or viawww.ticketportal.sk. For more information visit www.keltieg.sk.