SLOVAKIA will not seek to change its accession treaty with the European Union in order to modify plans to close one of its nuclear power plants. 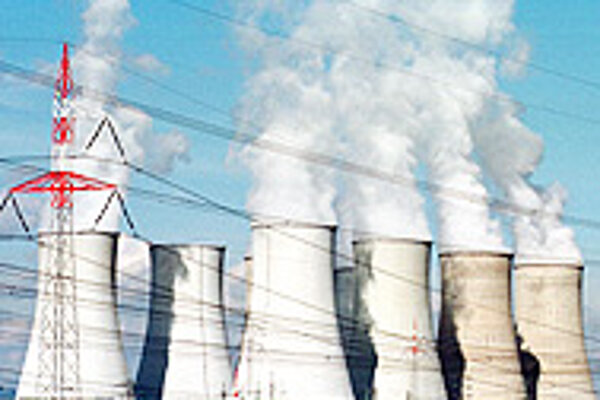 Font size:A-|A+0
SLOVAKIA will not seek to change its accession treaty with the European Union in order to modify plans to close one of its nuclear power plants.

The treaty commits the Slovak government to closing blocks 1 and 2 of the V1 nuclear power plant at Jaslovské Bohunice by 2006 and 2008, respectively.

In mid-October 2004, Slovakia's Economy Minister Pavol Rusko proposed that the blocks should be shut down simultaneously in 2008, instead of closing one reactor in 2006 and the other in 2008. The minister argued that shutting down the blocks at the same time was a safer option than closing them in subsequent years.

Rusko's desire to change the course of the country's nuclear programme made Slovakia's environment-conscious neighbour Austria nervous. However, on March 15, Rusko assured his Austrian counterpart Martin Bartenstein that Slovakia would not breach the EU accession treaty with new nuclear policies.

"I unambiguously confirmed Slovakia's position, that it will not do anything that would be at odds with the accession agreement," Rusko said.

However, Rusko still wants to pursue the parallel shutdown of the blocks and he hopes to manufacture an agreement with Austria.

"We will propose a closure schedule with minimal security risks. We plan to present this proposal to the old EU-member states in Brussels," Rusko told the news wire SITA.

Rusko added that if its EU neighbours come out against the model that Slovakia intends to propose for the V1 closure, then Slovakia would strictly observe the accession treaty.

"So far there were talks held with countries of the former EU15 in which Slovakia explained its position on Jaslovské Bohunice. The analysis that we used was partly confirmed by the International Atomic Energy Agency," Economy Ministry spokesman Maroš Havran told The Slovak Spectator.

On several occasions Austria has said that the dates for closing the blocks at Jaslovské Bohunice are set and unchangeable.

"The accession treaty is crystal clear on this issue: Slovakia commits to the closure of unit 1 of the Bohunice V1 nuclear power plant by 31 December 2006 and unit 2 of this plant by 31 December 2008 at the latest, and to subsequent decommissioning of these units," Deputy Ambassador of the Austrian Embassy Marian Wrba told The Slovak Spectator.

"The provisions of the accession treaty, however, stipulate deliberately that December 31, 2006 and December 31, 2008 are final deadlines 'at the latest', which explicitly allows Slovakia to close the reactors together before December 31, 2006, if it prefers. For the subsequent decommissioning process, no deadline is set," Wrba told The Slovak Spectator.

Wrba explained that the stipulations were carefully phrased when Slovakia's accession to the EU was negotiated for more than three years.

"The technical aspects of the closure were, of course, already on the table and fully known to all negotiation parties when negotiating Slovakia's accession to the EU - hence this specific formulation of flexible closing dates until the deadline was chosen by all parties involved," he added.

The Austrian deputy ambassador confirmed that the Slovak economy minister, during his talks with his Austrian counterpart, reiterated that Slovakia would pay the utmost attention to secure the highest security levels possible when dealing with the closure and subsequent decommissioning of the two V1 reactors.

"The undertaking of adequate safety precautions stemming from the responsibility to guarantee the highest levels of security for the population naturally finds the highest understanding and acceptance," Wrba said.

However, in Austria, nuclear energy-related questions are not within the competence of the Austrian Federal Ministry of Economy and Labour.

According to ministry spokesman Havran, Slovakia is working on the final version of the proposal to negotiate with Austria and the EU.

"Slovakia's intention is to present the option of the parallel shutdown of the blocks as the safest option. At the same time we have to meet our obligation embedded in the accession treaty with the smallest possible risk of violating this treaty," Havran told The Slovak Spectator.

Amador Sanchez Rico, the European Commission spokesman for transport and energy, also told The Slovak Spectator that Slovakia's commitments are very clear, and that the EC expects that the country will respect them.

Meanwhile, the head of the Slovak mission to negotiate the shutdown of Jaslovské Bohunice, Ján Bajánek, told the news wire SITA that Belgium is likely to support the technical solutions that Slovakia proposes for an integrated closure.

The Slovak mission has visited 12 of the established EU countries.

According to Bajánek, Belgium understood the increased risks of subsequent closure of the nuclear plant's blocks. He said that the mission still plans to visit Germany.

"We will inform our partners about the results of the mission in a meeting of experts at the European Commission, and we will see where to go from there," Bajánek said.

However, Bajánek says that if the EU countries select the second option, the costs of closure could increase by as much as 100 percent.

Under the agreement, Slovakia is guaranteed a sum of Sk16.7 billion (€440 million) in compensation to close and decommission the blocks. Slovakia can draw from this fund until the end of 2013.

Magdalena MacLeod
contributed to the report.