No handshaking between ruling partners

RECENT disagreements are fanning the flames of enmity between the Christian Democratic Movement (KDH) and the New Citizen's Alliance (ANO). While clashes between the two coalition partners are common, analysts expect the squabbles to increase as national elections draw nearer. 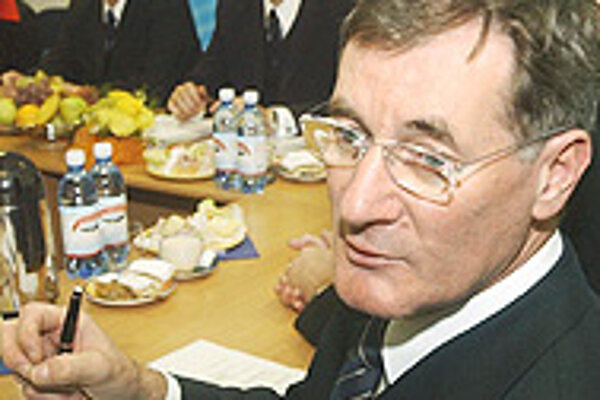 Font size:A-|A+0
RECENT disagreements are fanning the flames of enmity between the Christian Democratic Movement (KDH) and the New Citizen's Alliance (ANO). While clashes between the two coalition partners are common, analysts expect the squabbles to increase as national elections draw nearer.

One reason for spike is the need for each coalition party to differentiate itself from the pack for the September 2006 elections.

"The ruling partners will be forced to become even more confrontational [with each other]. Unlike the opposition parties, the ruling parties will be competing for more or less the same voters," Soňa Szomolányi, a political analyst at Bratislava's Comenius University, told The Slovak Spectator.

The discord between the KDH and the ANO seems to mount daily. At a recent meeting of the coalition board, senior members of the KDH refused to shake hands with Pavol Rusko, the ANO's party boss. The gesture, according to the KDH, was a response to several statements made by the ANO of which the KDH disapproves.

For example, the ANO openly criticized the KDH and its representatives for failing to pass reforms in sectors led by KDH ministers. And according to the KDH, Rusko suggested that the KDH chairman was a former agent of the secret service (ŠtB) during the Communist regime.

Speaker of Parliament and KDH Chairman Pavol Hrušovský recently announced that the National Memory Institute would be releasing information showing that the ŠtB considered him a candidate for cooperation.

Although Hrušovský is listed as a candidate for secret cooperation in the ŠtB files released by the National Memory Institute, the speaker of parliament denies collaborating with the ŠtB. The ŠtB files include the names of active agents, agent candidates as well as victims of ŠtB surveillance.

Despite Hrušovský's declaration of innocence, ANO Chairman Rusko did not come to his colleague's defence. "For a long time we were after various ŠtB agents. Now it turns out that someone with such a record is holding such a high post as the speaker of parliament," Rusko said.

The ANO's offensive against the KDH does not stop with Hrušovský. ANO Deputy Education Minister František Tóth criticized Martin Fronc, the education minister who is also a member of the KDH, for failing to implement reforms.

Fronc defended his record in education. "The Education Ministry prepared and pushed through reforms that teachers, parents as well as pupils noticed, but the deputy minister [Tóth] did not," Minister Fronc said. He called the ANO deputy minister "a Sleeping Beauty" who apparently had slept through the last two-and-a-half years at the ministry.

Another point of conflict between the KDH and the ANO is the ANO's latest draft law. The proposal requires that all registered churches in Slovakia itemize and publish its assets so that the state can use the information as a basis to determine the amount of subsidies it provides to individual denominations.

The KDH's deputy chairman, Interior Minister Vladimír Palko, responded: "What the ŠtB was doing to the Church under Communism the ANO is doing today in a similar spirit."

On a recent television talk show, ANO member Jirko Malchárek said that the Conscientious Objectors Treaty, which the KDH supports, would allow religious doctors the right to deny their patients contraception and to refuse to work on Sundays. Malchárek said the KDH-supported treaty would return Slovakia to the 16th century and could infringe on people's right to access to healthcare.

According to analysts, the ANO agenda is just as legitimate as that of the conservative KDH.

"The ANO is behaving pragmatically. Sometimes they have themselves to blame for picking only those themes that suit them rather than being consistently liberal. But politically, they know what they are doing. The ANO knows that a liberal voter does not have any other representative on the political scene otherwise," said Szomolányi.

KDH representatives say that the ANO, which is suffering from low voter support according to opinion polls, is trying to win votes by defining itself in opposition to the Christian Democrats.

Analyst Szomolányi agrees. "It is a fact that the ANO is at risk of not making it to parliament in the next elections. They are naturally trying to increase their chances," she said.

Opinion polls put public support for the ANO at less than five percent, which is the minimum quorum for parties to qualify for parliamentary representation.

The remaining two coalition partners are caught in the crossfire. Béla Bugár, the head of the Hungarian Coalition Party, said that issues sensitive to either the KDH or the ANO should be set aside to prevent further turbulence inside the fragile coalition.

For more than a year now, the cabinet is operating with a parliamentary minority, relying heavily on the backing of independent MPs.

The opposition parties already indicated that they would not support the reform. The coalition must be united for the reform to pass.

The test will take place during the ongoing session of the parliament.