SLOVAKIA has upheld its reputation of "Tatra Tiger" by posting one of the best economic results in Central Europe. 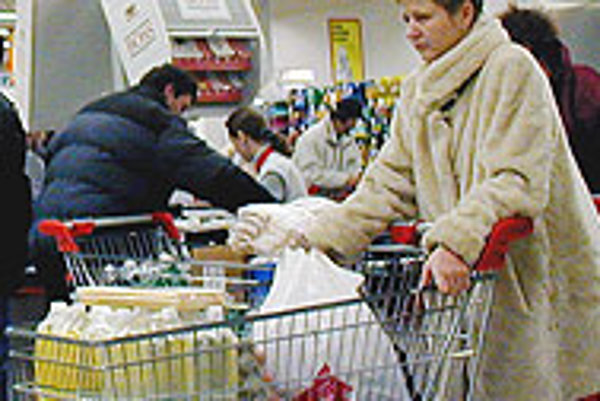 SLOVAKIA has upheld its reputation of "Tatra Tiger" by posting one of the best economic results in Central Europe.

Expectations of the GDP's development for the first six months of 2005 are similarly rosy. The Statistics Office estimates it will rise by 5.3 percent.

The growth is attributed to demand both at home and abroad, which made for an overall positive economic climate.

Silvia Čechovičová of the ČSOB Bank told The Slovak Spectator that GDP growth was stimulated by domestic demand, most importantly household consumption.

Experts say that the strong economic outlook is the fruit of cabinet reforms.

Mária Valachyová Research Analyst with VÚB Bank explained it this way to The Slovak Spectator. "Besides a sound external environment, the Slovak economy benefited last year from structural reforms, which improved the Slovak business environment by making it more competitive and attractive to foreign investors as well as for local entrepreneurship. This past year the reforms started to bear fruit for the general public as well, through real wage and employment growth."

The VÚB analyst says the main drivers of GDP growth were investments.

While the numbers suggest that Slovaks should be optimistic about their living standards, surveys show that Slovaks are less satisfied with their lives and view the future more pessimistically than the EU15 member states.

According to a Eurobarometer survey published in late February, Slovaks worry about losing their jobs more than other EU members but they expect EU membership to improve their economic situation.

While some experts praised real wage growth (2.5 percent), calling it a "historic" result, analysts Valachyová and Čechovičová said that it is not the highest growth in the history of Slovakia.

According to Čechovičová, real wages posted the highest growth in 1996 when they grew by 7.1 percent. She warned that the growth of real wages do not match the situation of each citizen in the country.

Both analysts agree that economic improvements will not necessarily be felt in all Slovak regions.

"We have to consider the fact that almost two-thirds of Slovak employees earn less than the national average. Also, this statistical data tells us nothing about people who live on state subsidies or about pensioners," Čechovičová explained.

A GfK institute poll released March 7 shows that although the purchasing power per capita is growing in Slovakia, regional disparities are getting larger too.

Slovakia's wealthiest area is Bratislava, followed by Považie, which includes Žilina and Košice.

According to the poll, purchasing power is lowest in the Orava region, the southern-central region and in remote districts in the East. People in Kežmarok, Krupina, Vranov nad Topľou and Košice-okolie districts are reported as having the lowest average purchasing power, news wire SITA wrote.

The Statistical Office assumes that the nominal growth of wages will slow down in the near future. Predictions for the national average wage are at Sk16,050 (€421), which, compared to the first half of 2004, represents only a 7 percent rise.

The Statistical Office predicts that the average rate of inflation will reach 2.6 percent during the first six months of 2005, but is likely to swing back to 2.1 percent by the end of that period. It also predicts a 2005 average annual inflation rate of 2.4 percent, which, by December-end 2005, will be 2.7 percent.

According to the news wire TASR, the Statistical Office projects a slightly lower inflation rate than Slovakia's central bank does. The National Bank of Slovakia expects an inflation rate of 3 to 4 percent on the year by December 2005.

Meanwhile, international institutions are urging Slovakia to reduce the public finance deficit, even though the 2004 deficit was smaller than the Finance Ministry had anticipated.

"The public finance deficit based on ESA 95 methodology decreased more than expected last year to 3.3 percent of GDP (versus the planned 3.5 to 4 percent planned one year ago). This is a favourable trend, and we believe that Slovakia will be able to classify for fiscal Maastricht criterion in 2007," Valachyová explained.

Čechovičová also thinks that meeting the Maastricht criterion is a realistic goal.

"I view the lower deficit as an unambiguously positive development. Within the central European region, Slovakia is the most successful country in its effort to lower the deficit. However, it should be taken into consideration that some of the planned expenses were shifted to 2005," Čechovičová explained.

"However, the 2006 election year presents a certain risk. I still think the government, which set the adoption of the euro in 2009 as a goal, will do everything in it power to get the public finance deficit down to the requested level," the ČSOB analyst said.