Get ready to pass the test 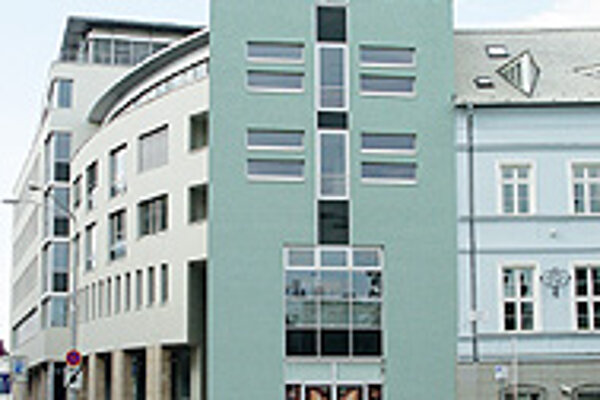 According to relatively recent EU regulations, Slovakia's tertiary sector - those companies that produce services rather than goods - will have to get serious about cutting energy consumption.

The European Parliament adopted Directive on Energy Performance of Buildings back in 2002 that introduces a common system to evaluate energy efficiency with regard to specific climate and local conditions. All EU member countries have to implement the regulation by January 2006.

Although Slovakia plans to adopt the directive in January 2006, it will take at least a year for the country to create energy calculation mechanisms and build a network of experts able to conduct energy audits and produce energy-performance certificates.

Once the appropriate mechanisms are in place, both state and private property owners will be required to meet basic energy consumption parameters. The result is that many owners will find themselves having to invest in better, more modern heating and air-conditioning systems in order obtain these mandatory energy-performance certificates.Slovak experts say that the overall costs associated with the directive are impossible to calculate at this point.

Diana Zlatňanská, coordinator for EU and foreign affairs of the Slovak Chamber of Civil Engineers, told The Slovak Spectator that EU commitments stemming from the Kyoto Protocol are behind the regulation.

"The EU is more and more dependent on external supplies of energy. Although the EU does not have the tools to influence energy supplies, it can impact the total energy consumption within the EU," she said.

Zlatňanská explained that increasing energy efficiency is one way to decrease energy consumption and greenhouse gases. "Residential buildings and the tertiary sector are responsible for 40 percent of total energy consumption in the EU. The EU believes that it can reach a significant portion of energy savings implementing this directive."

According to Stanislav Kmeť and Dušan Katunský, dean and vice-dean, respectively, of the Department of Construction at the Technical University in Košice, EU member states will have to ensure that an energy certificate proving compliance accompanies all real estate transactions, from buying and selling to leasing and renting.

Owners of property under construction will have to obtain a certificate during building, while owners of existing structures will be obliged to provide a certificate to any new owners or occupants.

Anton Novotný, director of construction section of the Ministry of Construction and Regional Development, said the aim of the regulation is to improve the energy economy of residential and non-residential buildings. Certificates will require that property owners install insulation against heating losses, which will decrease the energy needed to heat water, but at the same time keep construction and operation costs manageable.

"The regulation intends to use this potential tool for energy savings and at the same time to balance big disparities among the member countries in the tertiary sector," Novotný told The Slovak Spectator.

In Slovakia, as in the rest of the EU, the directive will apply to new buildings greater than 1,000 square metres (and existing buildings under major renovation). Contractors will have to consider technical, environmental and economic criteria before implementing energy systems so that buildings will fulfil the minimal requirements for energy savings.

Slovakia has some leeway in deciding where to apply the new requirements. For example, the government may choose to exempt memorials, churches, residential buildings occupied less than four months a year, non-tertiary sector buildings and structures smaller than 50 square metres.

"Energy certificates that inform an owner, potential buyer or tenant on energy consumption will be a great bargaining tool. It will allow potential buyers and occupants to compare the energy performance to other buildings. Certificates can thus impact the market value of real estate: the more energy efficient a building, the higher the price on the real estate market," she said.

Certificates will contain benchmarks such as valid norms and standards so that owners will be able to compare and judge energy consumption of buildings. They will also include recommendations for advantageous energy-efficient improvements to existing systems. Certificates will have maximum 10-year validity and be accessible for public review.

In addition to obtaining a certificate, new building owners will be obliged to perform regular check-ups of boilers and air-conditioning systems.

From the state's point of view, Novotný said that the main costs would be improving the physical and technological state of government-owned buildings. He did not specify the volume of needed investments.

Additionally, the Slovak government will have to first accomplish the needed legislation before it can create standards and certificate enforcement mechanisms. The Chamber of Civil Engineers is already cooperating on the issue with the Construction Ministry.

"It is likely that the role of the Slovak Chamber of Construction Engineers will be to educate future energy auditors and to organize exams for auditors. These auditors will work out the certification process and the preparation of needed recommendations," Zlatňanská explained.

Representatives of the Slovak Chamber of Civil Engineers as well as the Construction Ministry agree that investments in energy efficiency will pay off through energy savings and increased real estate value.

Kmeť and Katunský from the Technical University suggest that regional governments could subsidize energy modernisation through a programme managed by the Agency for Regional Development Support. Private owners could then apply for subsidies through mortgage loans. However, the academics emphasize that the main financial burden would remain in the hands of owners.

Although Slovakia is not expected to implement energy certificates until 2007, experts say that energy audits are not a complete novelty on the Slovak market.

In the 1970s, during the first major global oil crisis, countries adopted a set of environmental measures to cut carbon dioxide emissions and increase energy effectiveness.

Zlatňanská said: "In 2000, the EU Council approved a plan on energy efficiency in the construction industry that included a requirement to improve the energy performance of buildings. Currently, there is a heating-technical norm valid in Slovakia that is partially related to this issue.

"However, the new directive is an additional tool introducing a more detailed measurement."

Novotný from the Construction Ministry said: "It is possible to acquire a simplified energy audit in Slovakia." However, he pointed out that there is a long way to go before Slovakia reaches that goal.

"[Simplified audits] serve only as a suggestion for energy savings in percentage. They are not documents reporting on acquired energy savings compared to determined figures in technical norms. This will be introduced only by this new law. Additionally, in Slovakia we do not have an organization issuing such certificates permanently. It means there are still many tasks waiting for us in this issue," Novotný said.