EXPERTS believe that wood could once again become a major source of energy, just as it was in the Middle Ages. Of course, back then it was simply burned. But using new technology, wood can be turned into biomass and Slovakia could have an alternative source of energy that is both effective and ecologically sustainable. 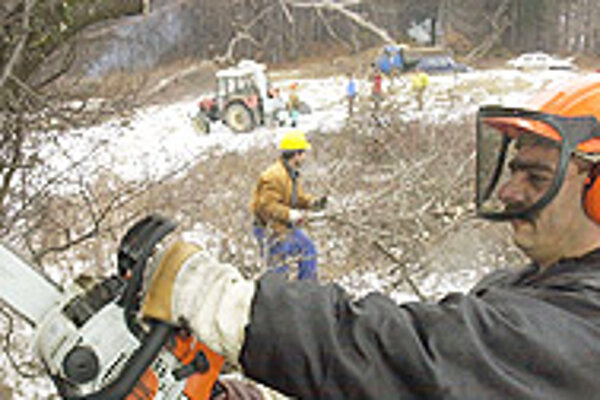 Font size:A-|A+0
EXPERTS believe that wood could once again become a major source of energy, just as it was in the Middle Ages. Of course, back then it was simply burned. But using new technology, wood can be turned into biomass and Slovakia could have an alternative source of energy that is both effective and ecologically sustainable.

In 2003, the Slovak cabinet approved a document that supported the spread of biomass in Slovakia. However, the use of biomass energy in terms of overall energy consumption is still negligible.

Ladislav Židek, general director of Biomasa, an association of biomass experts, says that European Union countries currently use renewable energy sources at a level of 13.9 percent of the overall consumption of primary energy sources. In Slovakia it is only 3.3 percent while the biomass energy represents slightly less than 1 percent.

Nevertheless, Slovakia is considered to have ideal natural conditions for developing biomass energy. "Slovakia is definitely among countries that are rich in biomass. Almost half of Slovakia is forested with a huge amount of biomass," said Židek.

Forests in the Slovak Republic cover an area of more than 2 million hectares, which represents about 43 percent of the country's territory, reads the material approved by the Slovak cabinet in 2003.

"In similarly forested countries like Austria and Finland, the use of biomass exceeds 12 percent. This is the level that we should get close to and it seems we should not have a problem to do so. However, to reach this goal, it requires a responsible approach and precisely prepared projects. The process cannot be chaotic, because the result would be the same," Židek pointed out.

He also emphasized that wood is not the only source for the biomass. Not only are crops, cattle and waste matter potential sources, but also tree and bush trimmings in public parks, for example.

"These sources, compared to primary energy sources, will not be used up in the coming years." commented Židek.

He also thinks that environmental awareness in Slovakia is still low and many people consider biomass as a fuel used by nature enthusiasts and environmentalists.

Židek cited Austria as a country that is exploiting its biomass potential. He said about 30

percent of heating in Austria comes from biomass pellets and this number is increasing day by day. "The use of renewable energy sources in other European Union countries is much wider spread than in Slovakia or the Czech Republic. Biomass is a real competitor to fossil fuels," he insisted.

According to the Biomass Association, biomass pellets are the most comfortable fuel for family houses and small facilities. The price for pellets is fully comparable to the price of gas and is significantly lower than propane and electricity. Biomass pellets are a bit more expensive than coal and coke but they do not require the physical work that heating with coal needs.

Although biomass can be sold at a competitive price, the technology and manufacturing facilities are higher than for fossil fuels. This could be a barrier to the further spread of biomass energy in Slovakia.

Another hurdle to overcome is the fact that old wood-heaters are not ideal for burning biomass pellets. "Old ineffective facilities for burning the wood do not use the biomass properly. It is not that simple. This way of burning would, of course, not be cheaper and ecologically would be no better than burning coal," Židek said.

Židek emphasized that biomass and renewable energy sources could not fully replace primary sources. However, it could help to solve the energy and ecological situation in individual regions.

The Biomasa is, for example, preparing a biomass project in northwestern Slovakia. This region depends mainly on coal and coke for its energy. As a result of the project carbon dioxide emissions should be reduced by 20,100 tonnes per year.

"We would be glad if Slovakia found more courage and would focus more on using local resources. Initial investments [for using biomass energy] are a bit higher because of the new technologies that must be imported from abroad but in the long-term, the use of renewable energy sources is cheaper than primary energy sources," Židek concluded.

He pointed out that it is possible to obtain financing for such projects not only from domestic sources but also from foreign funds. The projects should be prepared in cooperation with experts and must be based on thorough economic analysis. An investor must also be prepared to partially cover the costs.

In Slovakia, there are already agencies able to train people in biomass techniques. It is also possible to get help from one of the agencies in the "i ntegrated network of regional development agencies" under the supervision of the Ministry of Construction and Regional Development.