A discovery of huge importance

UNTIL recently, Venezuela's flat-topped mountains (tepuis) were best known for the highest waterfall in the world, the Salto Angel, which reaches an incredible 979 metres. But after exploring the depths of Chimanta-tepui, this region will become famous also for the world's largest sandstone cave, Cueva Charles Brewer, named after its discoverer. 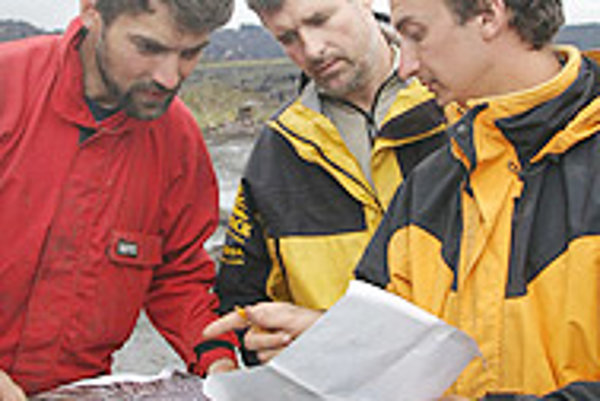 Font size:A-|A+0
UNTIL recently, Venezuela's flat-topped mountains (tepuis) were best known for the highest waterfall in the world, the Salto Angel, which reaches an incredible 979 metres. But after exploring the depths of Chimanta-tepui, this region will become famous also for the world's largest sandstone cave, Cueva Charles Brewer, named after its discoverer.

Slovak spelunker Braňo Šmída, the leader of the Chimanta expedition, talks about the significance and origin of this unique cave discovery.

The Slovak Spectator (TSS): Was the speleological exploration the main reason why you went to Chimanta-tepui? How did you get to join this expedition?

Braňo Šmída (BŠ): It all started last year in January, when the famous South-American biologist and organizer of around 150 expeditions to Venezuela's flat-topped mountains, Sir Charles Brewer, noticed the outline of a gigantic cave entrance while flying above Chimanta mountain. They managed to enter an enormous cave with a substantial river, waterfalls and huge galleries. They weren't prepared for speleological research at that time. They began to search for partners - experts who would help them to further explore, map and photograph the newly discovered giant cave, so that the public could be made aware of the discovery.

Slovak and Czech spelunkers have a good reputation. In 2002 and 2003 they discovered the first horizontal caves in quartzite. Mr Brewer-Carías was well informed about the results of our expeditions.

In May 2004 we formed a highly experienced seven-member team, which made the first complete exploration of the Cueva Charles Brewer. It's the largest cave in siliceous sandstone rocks, not calcite. Photographer Marek Audy and me represented the Czech Republic and Slovakia on the expedition.

TSS: Why did you return this year?

BŠ:It was necessary to better explore, measure and photograph the newly discovered cave, as well as perform all kinds of scientific work. We also returned because satellite pictures promised new discoveries deeper into the massif.

The 25-member Venezuelan-Slovak-Czech team [with seven Slovaks] was again very successful because apart from the basic cave exploration, Pavol Barabáš managed to film a documentary. We also found many new species of subterranean animals - cave scorpions, leeches, and ground beetles.

TSS: What is the final goal of the exploration of the cave?

BŠ: The finale of our spelunking venture on Chimanta could be to join all the discovered caves into one continual system. The possibilities of new discoveries cannot be estimated, it depends on how successful we are during the next expedition, which we are already preparing.

TSS: How many cave chambers did you discover? What is unique about them?

BŠ: So far we have discovered around 8 kilometres of cave chambers. They are mammoth-sized halls and galleries with huge stone traps, where individual blocks are the size of a family house. One can get lost in them.

The caves are dangerous also because of an enormous concentration of carbon dioxide and because of unknown bacteria, which decompose the organic mass at the entrances. That means it is necessary to stay there as short as possible, otherwise one can get seriously poisoned.

The caves hide all kinds of so far unknown and unseen forms of stalactites, stalagmites and fillings, whose chemical compounds and mineral structures are being analysed at the moment. But we already know about new types of minerals and microorganisms of which they are made.

What is unique about these caves is their form and unseen volume, because they shouldn't have originated at all in siliceous rocks. It's to a certain extent a natural miracle, which makes an enormous contribution to the knowledge about flat-topped mountain development and caves' origins in non-calcite rocks.

TSS: How difficult and dangerous is it to move inside the Chimanta's caves?

BŠ: They are so huge that any standard speleological lighting is inadequate. It seems that all around is just never-ending black darkness, making it seem as if you're on the surface of an unknown planet.

The caves are full of poisonous black scorpions 8 to 12 centimetres long, and an enormous number of spiders of all kinds. So far we don't know whether they are poisonous or not. There is also the ever-present chance of a flash flood, which can leave you with just ten seconds to get away. You just have to find an island of rocks and wait, maybe hours, maybe days, until it recedes.

TSS: What exactly does this expedition mean to you, the Slovak spelunkers?

BŠ: To participate in exploring such a famous and huge cave system is very satisfying and confirmation of the experience and quality of our speleology. The combination of southern temperament and generosity, and Slovak endurance and precision proved quite effective.

TSS: What do the Venuzuelans think of this discovery?

BŠ: For the local citizens of the tepui zone, especially for the Pemon Indians there, who often make living as guards, everything that makes their homeland more visible is of great significance.

Venezuelan people are generally joyful, optimistic and full of energy. We think that they are enjoying our mutual discoveries. We felt very much at home with our friends, the Venezuelan spelunkers.