JÁN Hrubala's luck finally seems to have changed. After losing a vote in parliament to the post of ombudsman in 2002, he was rejected for the post of Special Court judge by the Judicial Council in 2004 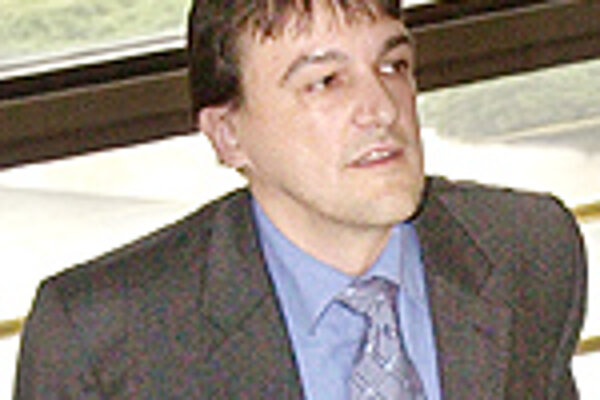 Font size:A-|A+0
JÁN Hrubala's luck finally seems to have changed. After losing a vote in parliament to the post of ombudsman in 2002, he was rejected for the post of Special Court judge by the Judicial Council in 2004. But on March 7, 2005, that same Council approved his second bid for the post, and with President Ivan Gašparovič promising to approve him, the former attorney's judicial future seems assured.

As head of the anti-corruption unit at the Government Office under Deputy Prime Minister and Justice Minister Daniel Lipšic, Hrubala has earned respect for his uncompromising approach to public sector corruption; like his boss, he has called for judges to act responsibly as well as independently. As a member of the Special Court Hrubala, like the four other justices already appointed, will be handling the country's most serious organized crime and corruption cases.

The Slovak Spectator (TSS): What is the atmosphere among judges, given the public's negative impression regarding their work?

Ján Hrubala (JH): Public opinion is often unjustly negative towards judges. People who win cases don't tend to talk about it in the pub or anywhere else, while people who lose tend to complain and spread negative information. So the courts will never have a very positive image, because the people who are dissatisfied will always be noisier.

TSS: But how does that make judges feel?

JH: Maybe they feel more pressure than in the past, and maybe this creates a level of nervousness and anxiety, even among the honourable judges. Of course, it makes the dishonourable ones afraid, and that's good. Today the judiciary has the highest level of self-rule it has ever had.

At the same time judges have probably noticed that the current justice minister - or even the chief justices of many courts - are putting greater emphasis on responsibility. If they catch a judge drunk on the job, they want there to be consequences. A judge who is drunk on the job at 10 in the morning and is unable to hold court - such a person should be punished, shouldn't he? And if the rest back him up, that's pretty strange.

TSS: Do Slovak courts have a problem with transparency? Should we know more about the decisions of lower courts?

JH:We have this pilot project running in Žilina, and the aim is to have all decisions published on the Internet. You already have access to all of the decisions that the Constitutional Court has released since it was founded [in 1993]. The most serious legal problems are addressed in the Collection of Court Decisions, in which the Supreme Court shows how it handled specific problems. So case law exists in Slovakia, but the problem you pointed out exists, and we are doing everything we can to see all decisions published.

TSS: Is it ever permissible, in a transitional democracy where the courts are suspected of corruption and often seem unable to deliver justice, for the executive branch to limit judicial independence to force judges to act responsibly?

JH: During Communism, the judiciary in most cases were able to function independently. Only some of their cases were controlled by the state security service (ŠtB) or the Communist Party. There are people who did their work honourably and responsibly before 1989, and were able to be independent.

People have criticized the fact that after 1989, nothing happened to a single judge, but the judiciary was one of the few elements of society to go through lustration to see if they had worked with the ŠtB. In the great majority of cases, the judges passed.

I can't say how it should have gone after the revolution, but there are many signs that the controls on judges and the selection process should have been stricter. There is evidence that in some cases these judges performed "surplus labour" during Communism [i.e. they performed services for the regime beyond what their jobs required - ed. note]. But that's more a question for a sociologist, not someone in my position.

JH: I personally don't believe the executive branch is trying to harass judges. I think the justice minister in every country has - and should have - the power to launch disciplinary proceedings against judges. Again, the great majority of judges in Slovakia are honourable and responsible, but there is no question that there are some people in the courts who don't belong there. The justice sector itself has to talk not only about independence but also about responsibility. I believe that the honourable majority of judges should put more pressure on their dishonourable colleagues to either change their behaviour or leave, as long as the law on disciplinary proceedings says that judges themselves decide the fate of other judges.

TSS: There are many small signs that the line between the executive and the judicial sectors is becoming blurred. For instance, you are a former judge who entered the executive branch and who is now being posted back to the judiciary, albeit to a higher position. Jana Dubovcová, a former Banská Bystrica region court head, has also joined the Justice Ministry. The state is setting up a Judicial Academy at which state employees will school judicial sector employees. Is this part of an effort by the state to speed up the "cleaning" of the judiciary and to make it more "responsible" according to the views of the Justice Ministry?

JH: The state is trying to do so, and that is its duty. The state did so through a few amendments to laws that basically widened the range of things judges could be disciplined for. Some of the new offences that fall under disciplinary action may be controversial. I know the American side criticized the fact that under certain circumstances, a judge can be punished for interpreting the law in an arbitrary fashion. There are arguments on both sides but I really think it's time to speak about responsibility, not just independence. Judges are invited to [comment on] the preparatory phase of these laws; on some issues they have different opinions than the executive branch. In the end, parliament decides. I don't think judges are dealt with arrogantly or dismissively, but it's natural that on some things they disagree. That form of tension is even helpful.

TSS: Is there a danger the Special Court will disappoint the public expectations it has aroused?

JH: The idea is logical. These are very serious cases. They require special training and education for judges, prosecutors and police, and they may even require special protection. Judges are acquainted with all kinds of people, and the idea of removing the largest corruption cases and million-crown mafia crimes and giving them to nine, 12 or 15 judges is logical. The problem is there isn't much interest in this kind of work, and those who are interested don't make it through the selection process.

The reason there isn't much interest may include the fact that it involves a major lifestyle change - maybe moving their house, protection. I guess it's not worth it to criminal court judges. They have a certain routine and don't want to change it.

TSS: Why can't every court be special? Why do we need one to be special in particular?

JH: That would be the ideal situation. But specialization makes sense. Just as lawyers cannot possibly master all branches of the law, it also makes sense for police, prosecutors and judges to specialize. We already have judges at the district level that specialize in family law, criminal law and so on. This is a step further - a selection of criminal court judges who would specialize in very complicated economic cases. It makes more sense to train these nine judges selected as the best of the best than to try and train 300.

TSS: How real is the risk that Special Court judges would be threatened or attacked?

JH:Risk is part of the job. That's why judges should be paid well. When I worked as a regional court judge I was also threatened, and I remember the deputy chief justice of the Banská Bystrica court, Zdena Cabanová, had her car firebombed in front of her house. That's another reason why it makes more sense to specialize: it's easier to protect nine judges than the rest who are spread out around the country. For one thing, if anything happened, it would be easier to identify the culprits, because the judge wouldn't be working on so many cases.

TSS: When can we expect the Special Court to start working?