THE STUNNING growth of the Chinese economy has given impetus to a swirl of changes on the global steel market. The most populous nation on the planet is consuming all the steel it can make or get, and even that barely satisfies its voracious hunger for industrial commodities. 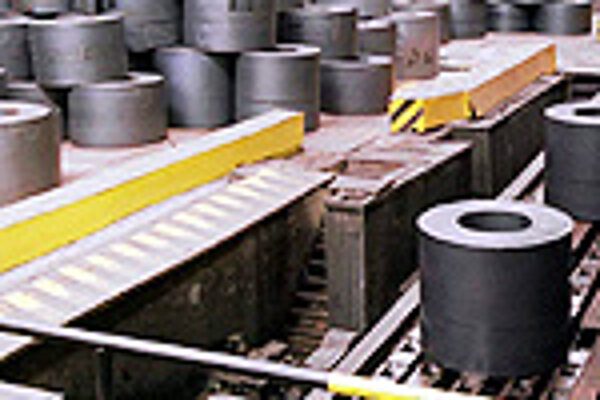 Font size:A-|A+0
THE STUNNING growth of the Chinese economy has given impetus to a swirl of changes on the global steel market. The most populous nation on the planet is consuming all the steel it can make or get, and even that barely satisfies its voracious hunger for industrial commodities.

For more than a decade, China has been experiencing a neck breaking annual growth of 8 to 9 percent. No wonder the awakening Asian giant has emerged as the world's largest consumer of steel and coal, says Washington-based Earth Policy Institute.

Nominally still a Communist nation, China is rapidly evolving into a land of consumers. Even when the per capita consumption remains below that of advanced Western industrial countries, the absolute numbers are overwhelming.

"China's eclipse of the United States as a consumer nation should be seen as another milestone along the path of its evolution as a world economic leader," Lester Brown, the institute's president, said. "China is no longer just a developing country," he noted. "It is an emerging economic superpower, one that is writing economic history".

China overtook the US to become Japan's biggest trading partner in 2004, according to numbers released by Japan's Finance Ministry in January 2005. The change highlights China's increasing importance as an economic powerhouse. The 9.4 percent GDP growth in 2004 has added a percentage point to the global growth rate. Such an expansion of the world's sixth-largest economy puts a strain on global commodities markets.

Steel prices have risen by almost two-thirds over the past two years. To say that recent increases in the price of iron ore have startled the global steel industry is an understatement. Industry analyst Peter Fish, director of UK-based steel consultancy MEPS, says the steel world "hasn't seen an increase of this magnitude probably in 50 years".

With the steel market heating up, one would expect Slovak steel producers to be overjoyed. China, while the world's biggest, is not the world's sole booming steel market. Western Europe's steel industry is back in business, reversing a 30-year declining production, defying predictions of an irreversible deindustrialization in traditional branches such as coal, iron and steel production. Japan's steel industry is also back on track and even struggling to meet its production targets. Russia's and Ukraine's steel is in high demand both domestically and internationally, and there are wide-open spaces for Slovak steel exports as well.

Who would have thought just a few years ago that Europe's youngest nation-state would soon set out to become one of the world's prominent (per capita) car manufacturers? Instead of congratulating itself on its good fortune, however, the Slovak steel industry is grumbling. They are worried about the multifaceted production requirements handed down by the European Union.

Following Slovakia's full membership in the European Union, the nation's steel industry is beset by two layers of restrictions: steel production quotas and carbon dioxide (CO2) emission quotas. The Slovak steel industry says that the European Union limits do not account for the position the country will be in once all four of the car manufacturers (Volkswagen, PSA Peugeot Citroen, KIA, and Ford) switch on their assembly lines.

Slovakia shares responsibility for setting quotas with the European Commission. Once the limits are mutually agreed on, they become binding and next to impossible to amend upwards without penalties. The EU's strict CO2 emissions quotas are packaged in so-called National Allocation Plans for individual member-states. The environmentally minded European Commission felt obligated to stand by the long-term objectives of the Kyoto Protocol to lower greenhouse gases further in the future. The result is that most EU-member states received lower quotas than desired.

Of course, unused emission quotas may be bought and sold on the market. The question is how expensive such purchases might be for manufacturers contemplating expansion?

"It [lower emission quotas] will mean higher production costs, which might damage the fragile profitability of the companies and potentially harm their ability to compete within the European market," the Slovak Association of Employer Unions General Director František Bruckmayer told The Slovak Spectator January 26.

Competitiveness outside the EU is a matter of even deeper concern in Slovakia. The global steel industry boom could last for many years to come due to the fast growth of Chinese and other Asian economies (such as India's). If production and emission quotas hamper Slovakia's steel industry growth potential, its captains may opt for shifting the production across the border. Joint ventures with Ukraine's steel producers could be set up to serve the European markets even before Kiev signs association membership agreements with the EU - a common precursor of EU accession agreements.