ON THE HEELS of President George W Bush's visit to Bratislava, the question of US investment in Slovakia is fresh in people's minds.
In an interview with The Slovak Spectator, the president of the American Chamber of Commerce (AmCham) in Slovakia and Chair of the European Council of American Chamber of Commerce, Robert Šimončič, says US companies are willing to take risks. 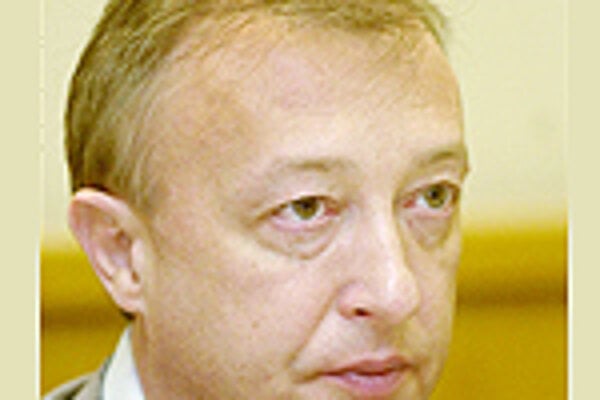 Font size:A-|A+0
ON THE HEELS of President George W Bush's visit to Bratislava, the question of US investment in Slovakia is fresh in people's minds.

In an interview with The Slovak Spectator, the president of the American Chamber of Commerce (AmCham) in Slovakia and Chair of the European Council of American Chamber of Commerce, Robert Šimončič, says US companies are willing to take risks. Slovakia, with its highly educated workforce, growing economic stability and palatable labour costs has the right balance to attract investment.

The Slovak Spectator (TSS): What aspects of the Eastern European economy are attractive to US investors?

Robert Šimončič (RŠ): Eastern Europe as a whole has been a rapidly growing market in the last ten years with further potential to grow more. Many US investors are keen on markets with higher growth potential and they are willing to take more risk. There are several commonalities that make this region attractive, notwithstanding an educated engineering workforce and palatable labour costs. However, there are also specific conditions in different sub-regions of Eastern Europe that make some countries even more attractive.

RŠ: Slovakia is currently one of those countries where FDI has been accelerated because overall conditions for foreign capital are in the right balance. With the growing confidence in the stability of the economy more mid-size investments can be expected that will fuel the small and medium segment of the economy. There is a lot being done to attract more US investment. Certainly, SARIO [Slovak Investment and Trade Development Agency] is one of the main vehicles for these activities. It has successfully participated in a number of FDI projects from its conception. But there is still a need for Slovakia to be more visible to potential US investors, mainly when we are looking at small- to mid-size investments. One way to do this is to establish relationships with specific regions in the United States. The American Chamber of Commerce is trying to assist in this way.

TSS: Most incoming investments focus on advantageous labour costs and flow into production, particularly for the automotive industry. Do you think that the recent boom in call centres implies a change in the structure of investments?

RŠ: Larger US investments in Slovakia are well known. It started with heavy industry and manufacturing. Later it grew more into technology-intensive investments. An important focus for Slovakia should be to attract future investments into more value-added areas, like high-tech, technology innovation, and services. This could, for example, grow around the value chain of the automobile industry that is taking a stronghold in this country. As the economies eastward of Slovakia grow more stable some production lines may move in that direction. At that time Slovakia needs to lean on the high value-added sectors.

TSS: Has Slovakia a chance of becoming a place for investments in research and development?

RŠ: A smart investment into R&D [Research and Development] is a key to success in 21st century business, mainly in technology and innovation intensive areas. It will be difficult for Slovakia to attract core R&D activities of foreign companies since that is often the most guarded jewel and the key to success. However, some partial R&D activities or pilot projects with new technologies could be envisioned. Again, the well-educated workforce and long tradition in technical fields [in Slovakia] can support this goal.

RŠ: The MINERVA project clearly outlines and crisply articulates the vision for building a knowledge-based economy in Slovakia. It includes four key areas:

(3) Investment into HR and education;

All of these in combination plan to tackle the crucial areas of focus you indicated. Currently, it is imperative to develop very concrete action plans, work on buy-in by the society as a whole and adjust budget priorities for the next year according to the vision and action plans.

TSS: Could you sum up the most important activities of AmCham in 2004?

RŠ: AmCham Slovakia is currently one of the largest and most active foreign Chambers of Commerce in the Slovak Republic. Its aim is to "build bridges" among businesses and help them fulfil their goals and missions much easier than on their own. AmCham contributes to the development of a healthy business climate and improving conditions not only for its members, but also for other businesses operating in Slovakia. Based on these goals AmCham acts as a:

2. Forum for creating and pushing a common agenda;

We organize literally dozens of activities that fall under one of the categories above.

I would encourage you to check out our comprehensive website www.AmCham.sk, where you can learn about all our activities and events in detail.

TSS: Do the US Chambers of Commerce in different European countries cooperate?

RŠ: They cooperate through an organization founded in 1963 in Milan, Italy, the European Council of American Chambers of Commerce (ECACC). ECACC has been growing in impact and importance while helping European and American businesses seize economic opportunities on both sides of the Atlantic. Currently counting 32 countries and growing, representing interests of over 17,000 companies with 20 million employees, ECACC has been the voice of international trade in Europe. More than ever, there is a clear need for a strong international organization of this type.

ECACC has its specific characteristics. A geographical span from UK to Israel and from Portugal to Latvia, combined with varying country characteristics and different organizational structures, creates a very diverse organization. The ECACC leadership was able to create and apply a consensus-based management style that very effectively provided the member chambers with services they needed.

Keeping the members informed, sharing best practices, encouraging the formation of new Chambers, and acting as a clearinghouse for exchange of information regarding the matters of common interest. This is all part of the ECACC's successful charter.