THE MORE Slovak I learn, the worse I feel. At least, that is how it seems on a tough day. Such was the case a few nights ago when, my mind heavy with a drink or two and a deluge of half-understood conversation with Slovak friends, I found myself on the street, shouting to them "nerozumiem všetko, a nikdy nebudem rozumiet všetko!" - "I don't understand everything and I'll never understand everything!" - to which one friend replied "No, konečne!" - "Finally!" 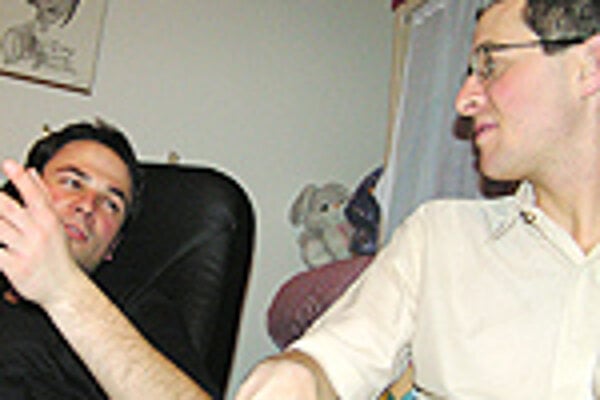 Font size:A-|A+0
THE MORE Slovak I learn, the worse I feel. At least, that is how it seems on a tough day. Such was the case a few nights ago when, my mind heavy with a drink or two and a deluge of half-understood conversation with Slovak friends, I found myself on the street, shouting to them "nerozumiem všetko, a nikdy nebudem rozumiet všetko!" - "I don't understand everything and I'll never understand everything!" - to which one friend replied "No, konečne!" - "Finally!"

It might seem strange for a friend to rejoice at my expression of despair. I grew up in a place where the reaction to any difficulty was optimism: "You can do it", "don't worry" - these are polite responses to such frustration, but his response was honest (úprimný) and, more importantly, he was right (mal pravdu).

I am a stubborn person, which has served me well when learning Slovak by immersion. I refuse to be discouraged and force myself to speak even when it is more difficult than speaking English. My initial investment in learning the language's basics was not easy by any stretch of the word. After this, however, it was easy to stick to my stubbornness because every day of survival in this foreign language was an affirming success (potvrdenie úspechu), and every day I survived with more grace than the day before. A prerequisite to my stubbornness has been the unflinching belief that it is possible to learn this language fully and that I can communicate (komunikovať) in it. This optimism is, of course, a lie.

It is often said that the more you know the more you realize you don't know. Clichés like this are tired truths, but true nonetheless. The deeper I go into Slovak, the more I want to know and the more I see just out of my reach. Now that I speak Slovak well enough to hold a conversation, the meaning of communication has changed. Survival is no longer a priority or a source of satisfaction (zdroj spokojnosti). My language skills are strong enough to make and keep friends, which means I want to discuss real, personal things. This is the kind of communication we often find difficult even in our native language - in a foreign language it is downright frustrating (frustrujúci). Unable to resolve a problem that the Slovaks around me resolve with ease, I am the closest I have ever felt to being handicapped.

Sadly, the easiest conversations to follow are about myself. After all, I already know my own story and background. When friends begin to talk about themselves and amongst themselves, my understanding begins to falter. With effort I follow, but as I tire their words get fuzzy and I fall silent, drink to keep my lips from getting bored and settle into a haze of missed nuance (nuansa). The social information essential to knowing whom my friends are slips through my fingers. Welcome to the social game, I think, now play three drinks drunker than the rest.

I believe that people make choices in life that force them to confront their fears or unresolved questions in person. For example, uncomfortable with his social class and its unasked-for privileges, one friend of mine found himself drawn to human rights and to help a group of the poorest of people in their struggle for fair treatment.

For me, communicating with people has never been easy. Sometimes I wonder if this anxiety motivated me to come to a foreign country and throw myself into its language. What better way to force myself to communicate than to put myself in a situation where I had to learn to do so from scratch (začať na zelenej lúke)? If I have mastered survival communication, now is the moment when I face that other communication, the moment when I want so badly to overcome the Slovak language barrier that I force myself over some other, personal barrier far away from Slovakia.

Is this just the reiteration (zopakovanie) of my stubbornness? As my friend suggested when he cried "konečne!" to my confession, the importance of communication lies in voicing our experience, even if we must learn another language to learn to do so. Why do we inhabit a foreign language if not to look into it and recognize ourselves?