ALTHOUGH many Slovaks have had to flee their homeland, the "old country" has always remained in their minds as well as their hearts. The shared struggle through turbulent times has resulted in strong bonds of fellowship expressed through national and cultural identity. 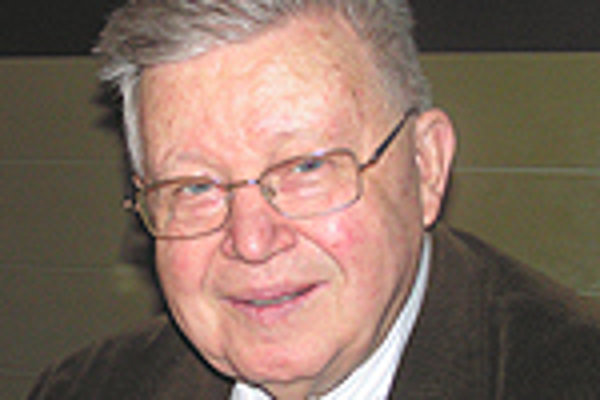 Font size:A-|A+0
ALTHOUGH many Slovaks have had to flee their homeland, the "old country" has always remained in their minds as well as their hearts. The shared struggle through turbulent times has resulted in strong bonds of fellowship expressed through national and cultural identity.

Every expatriate Slovak has a tale to tell. One such migrant is Ľudovít Pavlo. As a student he was persecuted and imprisoned by the Communist regime. After fleeing to America he became a distinguished doctor and a generous supporter of his Slovak countrymen.

In 1996 the Multiethnic Federation awarded Pavlo the prestigious Ellis Island award for making a significant contribution to "Slovak culture in the US and charitably funded Slovak hospitals in Slovakia". In 1998, he was honoured with the Pribina Cross by Slovak President Michal Kováč.

Today, as chairman of the Slovak League of America, Pavlo observes that the mission of Slovak associations in America has changed.

"We hope to preserve what we have. If we could refine it, it would be great, but I am not that optimistic. From generation to generation Slovaks living in America adjust more and more to local life," Pavlo told The Slovak Spectator, while adding that, "though they became Americans, they still remain Slovaks in their hearts."

New eras are quick and efficient at erasing the past. Pavlo, however, preserves and promotes Slovak national identity in his work.

A laureate of a number of awards and medals from the Slovak and US governments, Pavlo did not write his first book until 1995, when he was 70. Since then he has published eight books. Den of Vipers (in Slovak Klbko vreteníc), which was translated into English this year, is the first to be published in his newly adopted home - the USA.

The publishing company. Bolchazy-Carducci Publishers, was drawn to the book and wanted it printed in English because Den of Vipers "enriches the world with Slovak culture and ethnography".

The doctor explains the late discovery of his writing talent by saying: "I wanted to leave a message for younger generations."

This latest publication in English is set at the height of the Cold War. It is an account of Russian espionage in the Bell-view asylum in New York State. The book is based on fact and its main character, a psychiatric ward's resident doctor, Lou Fox, possesses many of the personal qualities and characteristics of the writer himself.

Last week Pavlo touched down on his native soil once again. He met with writers and journalists as well as political and cultural representatives in Bratislava. On a visit to his hometown of Michalovce, he celebrated his 80th birthday with a circle of his close relatives.

Despite his age, Pavlo is full of energy, active and looking content. Up until recently he still saw patients but gave it up to focus on writing. He is digging deeper and deeper into his memories, dredging up the experiences he had after fleeing his homeland for America.

"I had weird feelings when I went there, because I ran away," he said.

In 1946, Pavlo enrolled at the Medical Faculty of Comenius University in Bratislava. He became a member of the Club of Democratic Academics and was often seen at the Central Catholic Office, which was a thorn in the side of those in power at that time. In 1949 he was taken into custody and subject to severe interrogation. Shortly after his conditional release he managed to escape across the border to Austria.

"I was arrested for espionage. They beat me every night. They found out that an American spy had stayed at my house. We did meet, but we didn't talk about anything. When they beat him, he gave them my name, but only because I didn't have anything to do with him.

"When the police found out we knew each other, they started to beat me even more. I told myself that the only way to get out of it was to deny everything. The more I denied, though, the more they beat me. When a man is beaten, he begins to confess anything and they will go on beating him as if they are squeezing a lemon. I told them that they were on the wrong track - that I did espionage but not for the Americans, but the French. I surprised them and they verified it.

"But because they knew I was active in Catholic life, that I knew priests and I came from a poor family, they offered me work in the secret police. They began to feed me with their ideology. I agreed, signed and they let me out. I was to trace down Štefan Fábera," he said.

Fábera was Pavlo's teacher, who significantly influenced his nationalist consciousness. But instead of giving Fábera up for certain imprisonment, Pavlo took him abroad. Together with 16 other persecuted citizens they swam the icy Morava river February 23, 1949. The escape is captured in his book Na tenkom ľade (On Thin Ice).

"It was great weather for such a trip," Pavlo jokes now. But then adds poignantly that if he had had a string or a belt in prison, he would have hanged himself. "I terribly feared one thing - hurting anybody."

He left Fábera, who later helped others to escape, in Salzburg, and continued his journey. Living in Belgium and Germany, he completed his medical studies at Guttenberg University in Mainz, Germany. In 1956 he immigrated to the USA. He brought his German and French books with him, but he had to start learning a new language - English.

As a doctor, Pavlo worked in several hospitals, among them the large Rockland State Hospital in Orangeburg, New York, where the story of espionage narrated in the Den of Vipers takes place. In 1988, he got to see his homeland after 38 years.

"I had an eventful life," he says, as if closing the story of his life, to which his books are an open invitation.