SLOVAKIA'S new law on illegal employment, effective April 1, will be accompanied by a nationwide sweep of labour inspections. The two-week sweep, initiated by the Labour Ministry, is going by the name Vietor (The Wind). 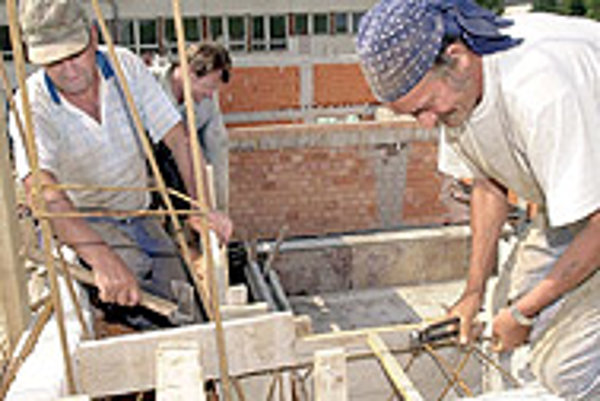 Font size:A-|A+0
SLOVAKIA'S new law on illegal employment, effective April 1, will be accompanied by a nationwide sweep of labour inspections. The two-week sweep, initiated by the Labour Ministry, is going by the name Vietor (The Wind).

According to Labour Minister Ľudovít Kaník, The Wind will consist of more than 5,100 inspections, with labour inspectors focussing on businesses that traditionally hire illegal workers, particularly those in the construction and services sectors.

No sector, however, will be safe from The Wind.

The minister said that rather than trying to catch businesses red-handed, the checks are designed to build awareness that the Slovak authorities are serious about punishing employers that flout labour laws.

"We are not aiming to catch people working illegally, but we will use all available capacities to determine whether the new law is being adhered to," Kaník said.

The new law introduces stricter punishment for illegal employment - up to a Sk1 million (€26,300) fine for an employer and Sk10,000 (€260) for an individual without proper paperwork. Firms involved in illegal labour practices will face various restrictions, such as exclusions from participating in public procurement and state assistance for up to five years.

The new law also obliges employers to report new hires to Sociálna poisťovňa, the national social insurance company, before new workers start their jobs. Previously, an employer had eight days within which to notify Sociálna poisťovňa.

Rudolf Sokol, the director of the national labour headquarters, ÚPSVR, said the changes in the law are positive.

"Before now, labour checks brought almost no results at all. [When inspectors arrived onsite, illegal workers] simply signed work contracts that day," he said at a press conference March 29.

With an employer showing signed work contracts, inspectors could not proceed against them despite suspicions that employees had been working without contracts prior to the inspection.

Employers can inform Sociálna poisťovňa about new staff via fax and e-mail, as well as mobile phone text messaging.

Martin Danko, the Labour Ministry's spokesman, said that according to rough estimates, as many as 15 percent of inhabitants are working illegally in Slovakia.

"Of course, these are very rough figures because it's hard to say precisely. The number is high but it is actually within the region's boundaries. Neighbouring states such as Poland and Hungary quote similar figures," Danko told The Slovak Spectator.

"The high proportion of the 'shadow economy' lies in the fact that states such as Slovakia are undergoing major changes, and the transformation affects employment. We are now changing our pension, taxes, social and other systems so as to motivate people to work legally and refuse illegal work," he said.

Slovakia's reformed pension system, for instance, is based on two pillars. The first, the pay-as-you go pillar, ensures people with a certain pension amount after they retire. The second, the so-called capitalization pillar, promises additional pension returns. In order to be part of the system, employees as well as the self-employed must be motivated to pay their payroll taxes. That means working legally.

Although construction companies and businesses in the services sectors, including hotels and restaurants, are seen as the sectors that abuse labour laws the most, Danko says that it is a general rule that small companies, not big corporations, are involved in illegal labour practices.

"The big firms are more cautious about this problem and generally do not risk breaching the law," Danko said.

Jozef Slávik, the president of the Union of Slovak Construction Entrepreneurs, welcomed the ministry's initiative.

"This problem definitely exists although we will probably never have it mapped completely. Usually the big firms do not dare break the law and it is the small businesses that are involved in illegal labour practices," Slávik said.

"We support the initiative because it is also in our interest to have this problem solved. For us it is an issue of competition. Firms that employ illegal workers can often offer lower prices to contractors," Slávik said.

The Labour Ministry indicated that The Wind is just the first breath of a gale that promises a steady stream of checks in the future.