THE CONSTITUTIONAL Court has postponed its hearing regarding anti-discrimination legislation until May 4. At that time, the nation's high court is expected to deliver a verdict on a case that has divided Slovakia's cabinet members and distressed its politicians. 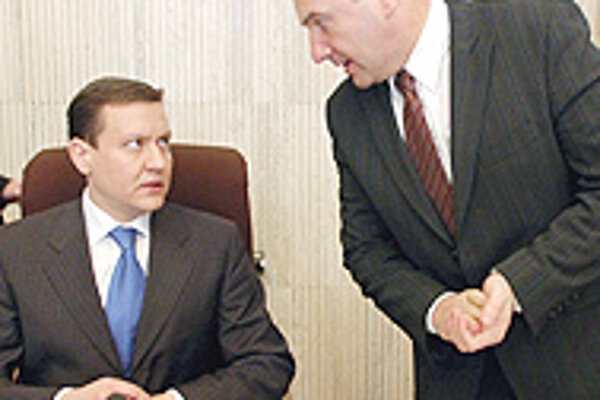 Font size:A-|A+0
THE CONSTITUTIONAL Court has postponed its hearing regarding anti-discrimination legislation until May 4. At that time, the nation's high court is expected to deliver a verdict on a case that has divided Slovakia's cabinet members and distressed its politicians.

According to Slovakia's antidiscrimination law, effective July 1, 2004, discrimination on the basis of sex, race, religion and gender is banned. It also provides a legal platform for temporary positive discrimination, allowing certain measures to serve as a tool to help the most afflicted groups of society get in step with the rest of the population.

In Slovakia, the Roma are generally seen as the most disadvantaged. The ethnic group suffers above-average unemployment, worse-than-average health and lower education levels than most Slovaks. The Roma also endure social and economic deprivation.

In order to help such groups, the Slovak parliament approved the anti-discrimination law, but Justice Minister Daniel Lipšic, on behalf of the government, submitted a motion with the Constitutional Court objecting that the law was in conflict with the Slovak Constitution.

According to the minister, any form of discrimination is bad.

"The whole problem with positive discrimination is that to prevent ourselves from discriminating we have to discriminate. This is like an argument out of Catch 22," Lipšic said March 24 in Košice, where the Constitutional Court discussed the anti-discrimination law for the first time since Lipšic lodged the motion.

Justice Minister Lipšic maintains that all forms of discrimination are bad for society.

"All discrimination is bad, whether it's positive or negative," said the minister.

The other side of the argument is defended by parliament, which passed the anti-discrimination law on May 20, 2004, with a strong majority of 107 coalition and opposition MPs backing the bill. The MP's from Lipšic's Christian Democratic Movement (KDH), which is a strong opponent of positive discrimination, either refrained from voting or voted against the law at that time.

According to Lipšic, the respective paragraph of the law, which enables positive discrimination on the basis of race or ethnicity, should be eliminated.

Ján Mazák, the top justice with the Constitutional Court, said on March 24 that the parliament still had to send its statements, which would then be studied by the court. After that, it would deliver a verdict, presumably on May 4.

Although Lipšic is speaking on behalf of the government in the anti-discrimination issue, not all cabinet members share the argument.

Slovakia's Deputy Prime Minister for Human Rights Pál Csáky is convinced that the legislation is necessary and hopes that the Constitutional Court will approve of positive discrimination, also known as affirmative action.

"I am convinced that the Constitutional Court will deliver a professional and European verdict," Csáky told the SITA news agency on March 23.

Slovakia's National Centre for Human Rights (SNSĽP) has made use of the new law when acting in several dozens of cases related to discrimination.

According to an annual report, which the government discussed on March 16, the cabinet's plenipotentiary for Roma Communities office has registered several cases in which Roma are victims of discrimination in various spheres of life.

"Of this number more than 20 citizens complained about the breach of the equal treatment principle according to the new anti-discrimination law," stated the report.

According to the SNSĽP, the complaints mainly relate to labour relations and discrimination in the social sphere, but also touch on education and the provision of services and goods.

Although EU-member states are not obliged to adopt anti-discrimination legislation, the union recommends that they do so, and the same applies to positive discrimination measures.

According to the report, the plenipotentiary's office considers the anti-discrimination law to be an "unambiguous benefit" because it enables more direct and simpler proceedings in alleged discrimination cases.

Although the cabinet, headed by KDH's Lipšic, may be trying to ban the positive discrimination paragraph in the law, the general public also stands on the side of parliament in supporting the measure.

According to a September 2004 survey carried out by Bratislava think tank the Institute for Public Affairs (IVO), as many as 84 percent of people support the law as passed. Only 4 percent think the law is wrong.