Slovaks behind the curve in e-government

PAYING fines, sending in tax returns, registering for social insurance. Slovaks will have to wait before they can do such routine, yet very important tasks with ease via the Internet. E-government and online public services are terms still unknown to most state administration offices, and to the Slovak public at large as well. 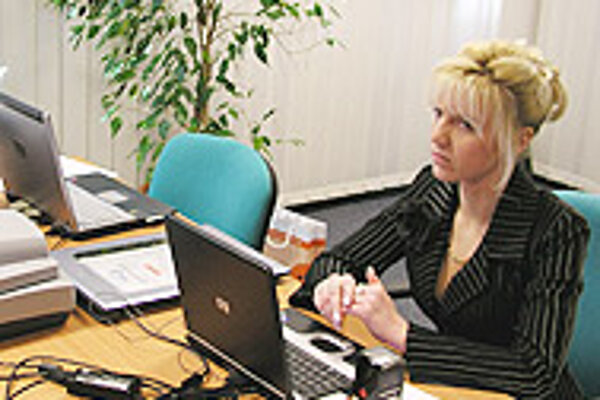 Font size:A-|A+0
PAYING fines, sending in tax returns, registering for social insurance. Slovaks will have to wait before they can do such routine, yet very important tasks with ease via the Internet. E-government and online public services are terms still unknown to most state administration offices, and to the Slovak public at large as well.

According to a survey conducted by the Capgemini agency for the European Commission, Slovakia is lagging behind when it comes to online availability of public services.

A survey commissioned by the IT Association (ITAS) carried out by the MVK agency found that in 2004 only about one third of Slovak citizens had visited a state administration website.

IT insiders say that so far the state has not made any special effort to encourage the use of online services or create opportunities for the public to communicate with state offices via the Internet.

"In 2004, Internet users visited the websites of the government, the parliament and other levels of government (regional and local) and different public offices less often than in 2003: 34.7 percent in comparison with 42 percent. However, experience with e-government services is quite positive," reads the MVK survey.

Just as in 2003, respondents visited the websites of regional or local offices to obtain various forms, to check the office hours or to get information on certain procedures. They also wanted specific information on regulations and conditions.

Approximately 29 percent of Internet users in Slovakia are familiar with www.obcan.sk. It is the only general Slovak portal aimed at online public services but it was established by private entities in 2003. Even so, this figure is 10 percent lower than in 2003.

The MVK research did not focus on specific online public services. It asked respondents about e-government only in general. "Despite that, the respondents expressed a great deal of interest in e-government services. Under certain circumstances, 66 percent said they would deal with the offices through the Internet," reads the survey.

According to the MVK survey, the majority of the respondents think that lower-priced PCs and Internet connection would improve the situation. Almost 57 percent suggest that public Internet access points, in libraries, public phone boxes and railways stations for example, would make the situation much better. However, respondents stressed that public access should be at very little cost.

Vladimír Popík, from IT company PosAm, thinks the state is to a great extent responsible for the lack of knowledge and use of online public services by the general population.

"So far I have not heard of anything very significant happening apart from the www.obcan.sk portal. There is more information than before but [online] communication replacing direct contact even partially is not happening," Popík from PosAm told The Slovak Spectator.

He identified some of the barriers to the spread of online public services in Slovakia: "Lawmakers should consider the online implementation of laws when they are proposing a new law. Private Internet access is still not affordable for a large portion of the population and people lack PC skills. It is also important to simplify and increase the reliability of the authorization system for citizens [using certified electronic signatures]".

Popík thinks that online public services will eventually enable people to arrange as much as possible from home: from registering for check-ups with a physician, submitting personal and business tax returns and registering for state insurance. He also hopes people will have the opportunity to send comments on proposals that politicians are seeking to make law.

However Popík added, "The low incentive of state employees to provide more effective services of a higher quality is the main problem in the state administration. This is the crucial problem and the new law avoids offering a solution. Even massive IT implementation is underestimating the problem. If we do not do anything about motivating staff, the effects of IT implementation will only be partial."

According to the Capgemini survey conducted in 28 European countries in October 2004, Sweden is the most advanced country when it comes to online public services. Eighty-nine percent of public services can be accessed online.

Seven countries reach a score higher than 80 percent (Sweden, Austria, UK, Ireland, Finland, Norway and Denmark). Slovakia is third from last, at 40 percent. Only Poland and Latvia are behind. The EU average stands at 68 percent.