CLINT Eastwood has long been linked with cinematic violence. He has certainly made different types of movies - the twilight romance of The Bridges of Madison County and the Burt Reynolds-aping action comedy of Every Which Way But Loose - but many of us will always think of him as the punk-killing cop of Dirty Harry and the silent, stone-faced vigilante of Sergio Leone's westerns. 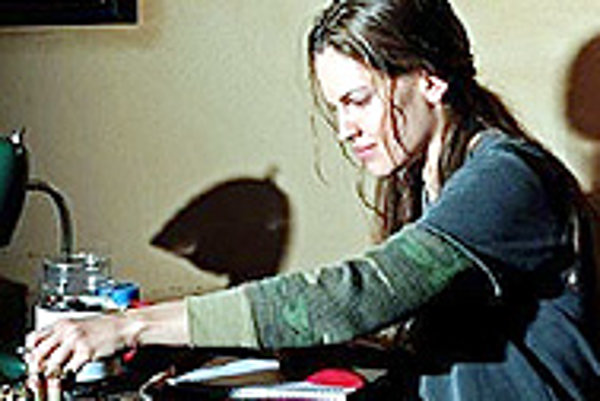 CLINT Eastwood has long been linked with cinematic violence. He has certainly made different types of movies - the twilight romance of The Bridges of Madison County and the Burt Reynolds-aping action comedy of Every Which Way But Loose - but many of us will always think of him as the punk-killing cop of Dirty Harry and the silent, stone-faced vigilante of Sergio Leone's westerns. Few actors have produced a body of work with such a vast pop-cultural reach; his iconic roles continue to inspire and inform the art of today, with examples as diverse as the BBC's television series The Office and Quentin Tarantino's Kill Bill movies.

But Eastwood is getting old (74) and now, as a director, he's making what may be the best, most thoughtful movies of his career. They may still be concerned with violence, but they approach it from a very different angle. Eastwood's work as an actor in the 60s and 70s was essentially about the necessity for violence. But as a director, in the past few years his focus has turned increasingly towards the senseless horror of it all.

The excellent Mystic River (2003) dealt with violence's ability to destroy families and friendships. Million Dollar Baby makes the devastation even more personal. On the most basic level it is a movie about boxing, obviously a natural - some might say obvious - choice for a movie that grapples with issues of violence. But it is ultimately about much more than mere sport. It dances around with some fairly typical boxing tropes (toughness, perseverance), but it uses them to make its final act all the more poignant and heartbreaking.

Above all Million Dollar Baby is a character study. It may nominally be about Hilary Swank's character, Maggie Fitzgerald, but at its heart it's about Clint Eastwood's Frankie Dunn. The movie's plot follows Maggie's journey from obscurity to the top of the boxing world, but its soul rests inextricably with Frankie.

He enables Maggie to fully realize her potential and, more subtly, she does the same for him. Frankie is one of the most respected and successful boxing trainers in Los Angeles. Maggie knows that his guidance could lead her to the title. But Frankie refuses to work with "girls". What could have been horribly clichéd feminism is instead an important character trait.

One of the few things we know about Frankie's past is that he has a daughter with whom he has lost touch, presumably under difficult circumstances. He writes her constantly to no avail and goes to church every day, an activity that the priest says signifies a very deep regret about something. Thus, a surrogate daughter is probably the last thing that Frankie wants, but it is also what he most desperately needs.

Much of what we know about the grizzled old trainer - and about Maggie - comes through the voiceover narration of Eddie Dupris (Morgan Freeman), a battered former boxer who helps Frankie run his gym. Though his role is dangerously close to what he always seems to play (the wise, good-natured black man), Freeman makes it seem surprisingly fresh. If Swank is the movie's body and Eastwood is its soul, Freeman is its conscience. He helps make sense of the drama and guides us through some great bits of laughter - hugely important in a film that can at times be incredibly depressing. Million Dollar Baby won a number of major Oscars: Best Picture, Best Director (Eastwood), Best Actress (Swank), and Best Supporting Actor (Freeman). Some critics have complained that it is too old-fashioned to deserve all these awards. Evidently these critics don't like traditional Hollywood movies; these days they really don't come any better.