PARLIAMENT approved legislation in February that would make the financial practices of political parties transparent. However, Slovaks will have to wait until 2007 at the earliest for full disclosure. 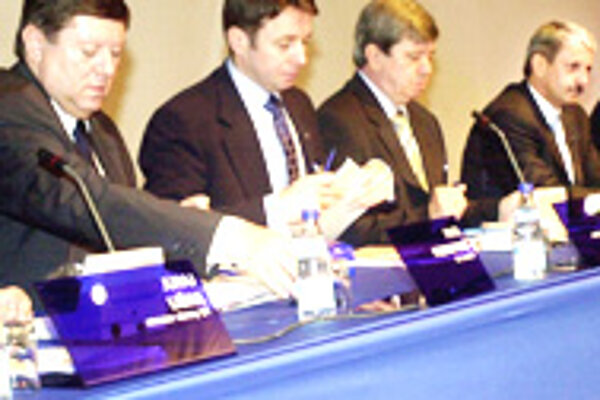 Font size:A-|A+0
PARLIAMENT approved legislation in February that would make the financial practices of political parties transparent. However, Slovaks will have to wait until 2007 at the earliest for full disclosure.

Although the amendment controlling party financing takes effect in June 2005, parliamentary deputies managed to postpone portions of the law by approving a transition period. The earliest the public can expect to see annual financial returns of the various political parties is in 2007, two years after the law takes effect.

Livia Pokstaller, spokeswoman of the Hungarian Coalition Party (SMK), defended the delays, saying: "This amendment changes the amount the state contributes to parties. This has to go into effect later because increased state contributions will be divided among parties only next year, after the new state budget is approved by the cabinet."

Portions of the amendment will take effect in June as scheduled. Besides publishing a list of party sponsors, parties will have to publish the names of its creditors.

Political donations have dropped off precipitously since the amendment was approved. According to Deputy František Blanárik of The Peoples Party - Movement For A Democratic Slovakia (ĽS-HZDS), sponsorships are falling because "no one wants to be labelled as a donor to a specific political party since it invites problems".

Zuzana Wienk, the executive director of the non-governmental organization Alliance Fair Play, said it is necessary to determine the actual cause of falls in sponsorship.

"It is appropriate to ask if the reason behind the falling numbers of sponsors is diminishing trust in politicians, a disadvantageous economic situation or an effective means to hide donations in alternative income categories, which are not made public," she told The Slovak Spectator.

Zsolt Komlósy, the chairman of the SMK senior representatives council, said that "high-priced memberships could be a way to hide sponsorship". The cost of party memberships is not taxed.

Transparency International's Nechala believes that it is equally important for political parties to disclose the names of creditors as donors.

The ANO's Krasulová told The Slovak Spectator that her party always made the names of both its sponsors and creditors public. "[ANO] does it annually on the Internet. This year won't be an exception."

The SMK is another party that believes in full disclosure. "Our financial management is balanced and we closed our financial year with a profit. In recent years we always fulfilled our obligations towards our creditors. This year will be the same," Livia Pokstaller said.

Voters have the right to ask if political parties might be endangered if they took on larger loans than they can handle or repay. Voters should know if the obligations are realistic, and how, when and if the loans will be repaid.

"If obligations do not get repaid, party debts could outgrow their assets. It is important to ask which benefactors would lend money to parties under these conditions and what is his or her agenda," Wienk explained.

Prime Minister Mikuláš Dzurinda's party, the Slovak Democratic and Christian Union (SDKŮ), admitted that its obligations grew last year by Sk3 million (€80,000). However, the SDKŮ did not specify its creditors. Party spokesman Martin Maťko said that the SDKŮ "would publish all that is required by law on their Internet website."

Opposition party Smer is preparing an amendment to the current legislation, which is supposed to take effect in June. The party wants to make the rules stricter and enable the Supreme Audit Office to investigate parliamentary parties' financial affairs.

While Smer is calling for tougher rules and increased transparency, Smer General Manager Igor Federič refused to tell the Pravda daily who had lent the party Sk2 million (€50,000). "We received the money from a legal entity. It is not a secret; however this information is sufficient enough."

Last year, Smer merged with the Slovak Democratic Left (SDĽ), which used to be the richest party in Slovakia. According to its previous annual financial report, the SDĽ used to own assets worth Sk48 million (€1.22 million). Smer will publish its full assets, including the assets of SDĽ, in next year's annual report.

The ĽS-HZDS has one of the highest debts among political parties, owing Sk42 million (1.07 million). ĽS-HZDS spokesman Žvach would not give further information or name the party's creditors.