THE LIBERALIZATION of the railway transport market is starting to take shape. The ministers with economic portfolio recommended that the cabinet approve the privatization of the state's freight transportation company, Cargo Slovakia. 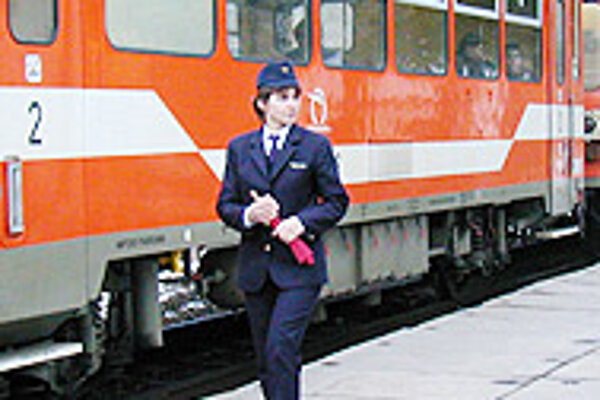 Font size:A-|A+0
THE LIBERALIZATION of the railway transport market is starting to take shape. The ministers with economic portfolio recommended that the cabinet approve the privatization of the state's freight transportation company, Cargo Slovakia.

Analysts say private ownership of Slovakia's cargo transport business could be a profitable investment for those transporting goods to the East, especially Ukraine and Russia.

The Transportation Ministry is encouraging the state to sell 100 percent of its shares of Cargo Slovakia in an international tender.

"Selling the entire state-owned package is a reasonable step. If you look at road transportation, all the cargo transporters are private. There are no state-run companies securing road freight transportation. This is the direction the business is heading," Transportation Ministry spokesman Tomáš Šarluška told The Slovak Spectator.

An international tender for Cargo Slovakia could be announced as early as May this year. Interested buyers would have to submit their bids in October.

"The tender should be completed by the end of the year," said Finance Minister Ivan Mikloš.

The Transport Ministry is focusing on the positive aspects of selling and writes off concerns. The ministry's view is that the first country in the region that privatizes its cargo transporter gets the most money.

"No, it will not be disadvantageous for the state to privatize its cargo transportation business," Šarluška told The Slovak Spectator.

"The truth is that there are globalization trends in the world, and whoever privatizes cargo transportation in Central Europe first will have the greatest chance to get the most money for it. It is a very interesting package for the future investor."

Šarluška added: "Moreover, other carriers might have problems in the future because a supranational transporter will be forming and it could very well push smaller carriers, perhaps the state-owned ones, out of the market."

Privatization of Cargo Slovakia is part of the state's liberalization of the railway transport market. The company itself, however, hungers for new investments.

"We had to make investments to stay alive. Our rolling stocks are slightly outdated and we need to pour further investments into cargo transportation," Šarluška said.

He explained that Cargo Slovakia faces competition not only from railway firms in Europe but also from trucking companies.

"Goods that used to be transported entirely by rail - wood, for example - are now being transported via roads," he said.

In July, Transport Minister Pavol Prokopovič said that the ministry would like to get at least Sk15 billion (€380 million) out of the privatization deal.

České Dráhy spokesman Petr Šťáhlavský told The Slovak Spectator that his company is carefully watching the Cargo Slovakia privatization process as it is interested in participating in the tender.

According to Šťáhlavský, České Dráhy's market know-how makes it a relevant investor.

"Both countries use the same technology. A merger of Slovak and Czech rail cargo transportation companies would be very effective as it would strengthen the position of both on the European market," Šťáhlavský said.

Experts estimate that almost half of the wagons are older than 20 years. Instead of buying new wagons, Cargo Slovakia has been modernizing its existing train cars.

According to the economic daily Hospodárske noviny, the state-owned freight company has 16,000 wagons, of which 1,300 were modernized last year. The company invests between Sk420 million and Sk650 million (€10.7 million and €16.6 million) every year in modernization efforts.

The Transportation Ministry has already picked a privatization advisor for the sale, a consortium of CA IB Advisors, HVB, Halcrow and Squires Sanders. The consortium stands to gain a commission equalling 1.35 percent of privatization proceeds plus Sk2 million (€50,000) in compensation for extra costs, the news wire SITA wrote.

The advisor was chosen in January out of seven applicants. CA IB Financial Advisors (formerly CA IB Securities) was an advisor in the privatization of regional power distributor Západoslovenská energetika.

Late February, the Transport Ministry prepared a document outlining the development of railway transport in Slovakia up to 2015. The ministry hopes that by 2015, railway transport will preserve its current 21-percent market share in the total volume of transported cargo and passengers.

Slovakia must also work hard to liberalize its transportation sector to accommodate a unified European market in railway transport services. The country will also have to harmonize Slovak transport with European systems, which includes updating railway infrastructure.

Cargo Slovakia was forcing companies to use its safety seals. However, the company no longer does this, deciding instead to provide its safety seals free of charge, the TASR news agency reported.

Cargo Slovakia was established back in January 2005, when the state split its national railway company Železničná spoločnosť (ZSSK) into two joint-stock companies: ZSSK Slovakia and ZSSK Cargo Slovakia. The former operates solely as passenger transport, the latter as cargo transport.

The Transportation Ministry explained that the profitable cargo transportation part of the business was keeping the company's passenger transport services alive. "This kind of subsidization is not allowed by European law," Prokopovič explained in July of 2004.

Experts said that if ŽSSK had remained one company, the support provided by the cargo transport business would have weakened its market competitiveness.

ŽSSK was among the biggest non-financial companies in Slovakia. With a cumulative staff of more than 19,000 employees, it was the second biggest Slovak employer.