THE FATE of KIA's investment in Slovakia hinges on how promptly the cabinet will resolve the issues surrounding the purchase of land needed to complete the Korean carmaker's new production facility north of Žilina. 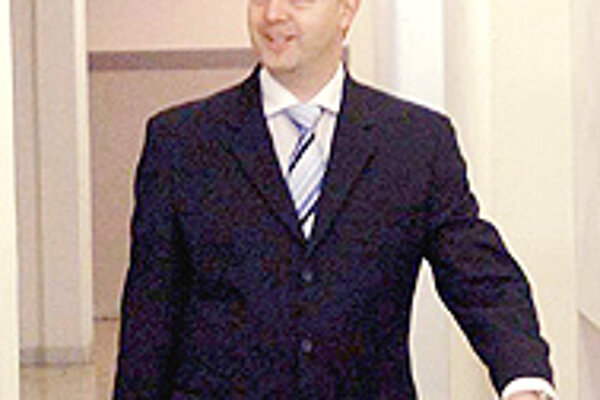 Font size:A-|A+0
THE FATE of KIA's investment in Slovakia hinges on how promptly the cabinet will resolve the issues surrounding the purchase of land needed to complete the Korean carmaker's new production facility north of Žilina.

The Slovak Cabinet, however, failed to reach a land-swap compromise that would have put the land into KIA's hands.

The state, on behalf of Korean investors, has been trying to obtain the land for months in order to allow KIA to complete construction. Landowners initially refused to sell their land for the price offered by the state and demanded roughly three times the official evaluation price.

Minister Rusko insists that a land-exchange deal is the best way to resolve the situation. He says investors are willing to pay the landowners Sk350 (€9) per square metre, three times the government's offer of Sk140 (€3.5) per square metre. According to the proposal, the private investors would buy the plots and then exchange them for other plots administered by the national land fund (SPF). The government could then transfer the land to KIA.

Agriculture Minister Zsolt Simon and Justice Minister Daniel Lipšic are sceptical of the land-exchange solution that Rusko has put on the table. The Economy Ministry argues that the swap is legal.

"Minister Rusko views the exchange of the KIA land for land administered by SPF as an option that would solve the problems around obtaining the land that KIA needs in a reasonable amount of time. The solution would be in line with the law. The land authority has already approved the move and lawyers who analyzed the move also agreed that everything would be legal," Economy Ministry spokesman Maroš Havran told The Slovak Spectator.

Lipšic does not believe there are investors that would buy the land from the holdout landowners for more than Sk180 million (€4.59 million) in order to exchange it for state land that only has an estimated value of about Sk80 million (€2.04 million).

"Neither Minister Lipšic nor the other ministers are questioning the legal nature of the move [the exchange of the land]. They are just complaining from an ethical point of view," Havran explained.

According to Havran, the investors consider the land swap as a long-term investment.

"We have no illusions that they are ready to lose money on the transaction. If the investors are willing to exchange the land, they are doing it in hopes of some future profit. They might sell the land for a much higher price in the future and make money on it," Havran told The Slovak Spectator.

Rusko thinks the cabinet is wasting its time trying to figure out whether the investors are philanthropists.

Havran added: "The cabinet should first of all focus on whether the problem can be solved this way or not. From our point of view, the exchange of the land would very promptly solve the situation."

While Rusko thinks the land exchange is an ideal solution, the Agriculture Ministry is opposed to it. In fact, it has halted all activities related to the land-swap deal.

Simon said April 6 that he warned the cabinet members of the risks associated with the land exchange. However, his attitude is that the decision is in hands of the cabinet as he has only one vote.

According to Rusko, Minister Simon proposed that the government pay the landowners the price they originally demanded and cut out the land-swap entirely.

"This violates the principle that the state cannot pay more for land than what the land expert sets," Rusko said.

The Economy Ministry maintains that the cabinet has no reason to search for other solutions and warns that additional delays in getting the land to Korean investor would not only endanger the whole investment but also damage Slovakia's reputation.

"We will report to our Korean partners about the situation as it stands. We will see what approach they will take," Havran added.

Minister Rusko said that if the cabinet ministers fail to agree on a solution he wants them to be responsible for any harm that comes to the deal.

However, the cabinet agreed on Minister Lipšic's proposal that compels the Ministry of Regional Development to prepare an amendment to the land expropriation law that would require landowners to sell their land to the state in cases of strategic investments and highway construction.

Lipšic also submitted a proposal to give expropriation authority to regional building offices instead of local ones. This would speed up the process, according to Lipšic.

Some cabinet members think that the Korean carmaker could wait until the end of August, when the state had the power to expropriate the land. Officials have no information on whether the KIA would be willing to accept such conditions.

Rusko's response is that the process of "expropriating property would basically delay the KIA situation by several months".

"Simon's proposal recommended that the government pay the Sk350 [the price per metre originally asked by the landowners].

"If we did that, it would mean the first domino tile would fall. It would have huge consequences, and I think that all pending strategic investment projects would grind to a halt," Slota said.

Mayor Slota wanted the government to make approve the land-swap on March 30, saying, "If I was the prime minister, I would call an emergency meeting, even if it was at midnight, straight away!"

In late March, the media reported that the reluctant landowners were signing contracts with three unnamed business people that had decided to buy the land at an inflated price in the hopes of exchanging it with land administered by the national land fund.

State agencies have already purchased 174 hectares of land near Žilina out of a requisite 230 for the auto manufacturing plant. According to original investment plans, KIA building works should be finished by September 2005. Trial production should start the following May, with real production starting in January 2007.

(Magdalena MacLeod
contributed to the report.)