Doing what it takes

WITHOUT investment incentives, Slovakia would not be able to compete with other Central European countries chasing foreign investments. According to analysts, cash grants, fixed-term tax relief and cheap land are important decision-making factors when it comes to establishing operations in a new region. 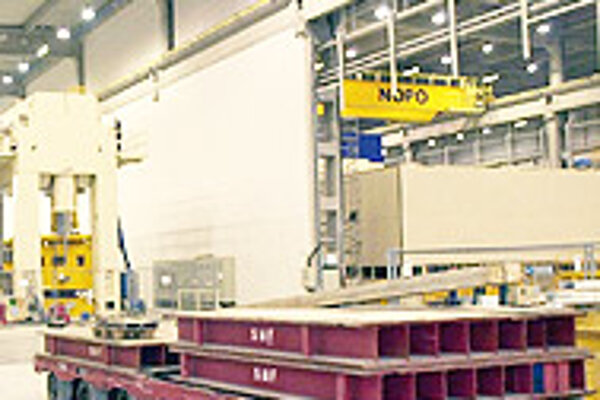 Font size:A-|A+0
WITHOUT investment incentives, Slovakia would not be able to compete with other Central European countries chasing foreign investments. According to analysts, cash grants, fixed-term tax relief and cheap land are important decision-making factors when it comes to establishing operations in a new region.

Investment incentives are an added bonus that the Slovak government uses to sweeten the deal that comes with a 19-percent flat tax, flexible labour code and social, health and pension reforms, all of which create a favourable business environment.

Martin Valentovič, an analyst with Bratislava-based think tank MESA10, says incentives are a natural consequence of a free market. "It is part of an employment support policy designed to help improve the Slovak economy by increasing its added value and competitiveness," he told The Slovak Spectator.

Slovakia currently has investment stimuli legislation that allows the government to give incentives in the form of tax holidays for up to 10 years and labour subsidies, according to an investment booklet issued by KPMG Slovensko. Labour subsidies are tied to the creation of new jobs and employee training.

There are certain criteria that an investor must meet to be eligible for government incentive packages. For example, a company must:

- Receive confirmation from the Slovak government.

KPMG stressed that there are many additional provisions and exceptions that investors must take into account when it comes to incentives. Automatic entitlement to incentives is not guaranteed under the legislation. Investors must formally apply for the incentives and the Slovak government must approve them. All incentives are subject to limits set by EU law and must be approved by the EU.

The KPMG Slovensko booklet also notes that Slovak law and practice in this area changes quickly. In fact, draft legislation has already been prepared for a new Investment Stimuli Act.

The final version is not yet known. Industry analysts anticipate that the bill will contain the following discretionary incentives: corporate income tax relief (for a limited period), transfer of land at prices below market value, cash grants for acquisition of fixed tangible assets and intangible property, cash grants for education and employee training and for the creation of new jobs, KPMG Slovensko wrote.

The fact that investors are dependent on cabinet approval even if incentive criteria are fulfilled sometimes complicates negotiations.

"Every incentive is a public expenditure and is therefore subject to the cabinet's approval. We can advise our clients on what they may be able to get but we cannot guarantee whether it will be approved," SARIO spokesman Ondrej Žember told The Slovak Spectator.

Žember says that a government-approval policy is the norm in other countries as well. Business subsidies necessarily strain a state's coffers and the state's job is to use public finances judiciously. Žember does not think state approval discourages investors.

He said: "There are no problems with investors' trust [because of Slovakia's incentive policy]. It just very much depends on the communication between SARIO, the Economy Ministry and investors. It is very important we [SARIO and the Economy Ministry] can agree on what an investor is going to get and then keep that promise."

Analyst Valentovič with MESA10 also finds it reasonable that the cabinet considers each investment project before granting incentives.

"It is inevitable to consider benefits and costs on a case-by-case basis. The issue is just too complex to support automatic eligibility," he said.

Some economists criticize investment stimuli as a deformation of a free market. Valentovič disagree: "Such economists would then have to criticize, for example, public investment into infrastructure, which, from this point of view, deforms the regional market. A global producer operating in an undeveloped region is disadvantaged compared to producers operating in regions with a highly developed infrastructure."

The analyst argues that even though the country has a favourable investment and business environment, important investors would leave Slovakia for neighbouring countries if those countries offered better incentives.

"It is good to use an additional tool in the form of incentives," he said.

Valentovič added that incentives should only be approved if the benefits from employment and tax incomes, for example, outweighed the costs and risks associated with incentives.

The Economy Ministry includes a list of companies that received investment incentives by the Slovak government on its webpage. The overall volume of incentives provided to 15 companies comes to Sk7.742 billion (€200 million).

According to the news agency SITA, the Peugeot Citroen Automobiles Slovakia received the most tax relief to the tune of Sk4.521 billion (€120 million). The company also got subsidies for employee training in the volume of Sk480 million (€12.2 million). The Economy Ministry did not reveal the exact volume of investment incentives extended to KIA Motors.