ANOTHER new industrial park has been opened in Slovakia. It is located near Spišská Nová Ves in the eastern part of the country.
Prime Minister Mikuláš Dzurinda officiated at the opening ceremony on April 5. Dzurinda's presence was recognition that the Slovak state wants to promote industrial parks as they are advantageous to the country as a whole and not just to investors. 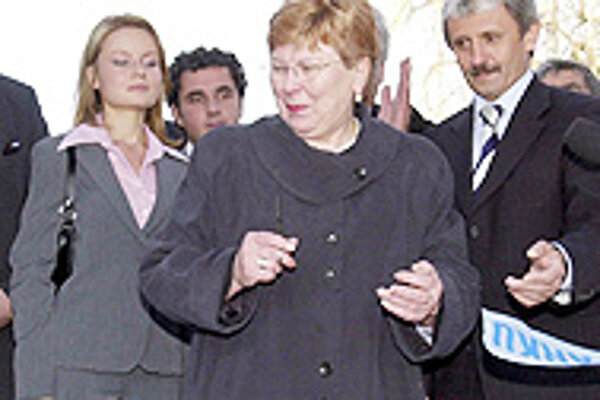 Font size:A-|A+0
ANOTHER new industrial park has been opened in Slovakia. It is located near Spišská Nová Ves in the eastern part of the country.

Prime Minister Mikuláš Dzurinda officiated at the opening ceremony on April 5. Dzurinda's presence was recognition that the Slovak state wants to promote industrial parks as they are advantageous to the country as a whole and not just to investors.

The Spišská Nová Ves Industrial Park has been established in the industrial zone of Nový Domov.

The total cost for the construction of the new buildings and the renovation of the existing ones was €2.7 million. Of this, €1.9 million was covered by the EU's PHARE fund, while the government provided €548,000, and the town €260,000.

At the opening ceremony Dzurinda underscored the importance of attracting investors interested in emerging markets.

According to him, the Spiš region's experience showed the locals that EU pre- and post-entry funds are accessible.

When complete, the park should cover an area of 120 hectares.

Dzurinda assured the representatives of the city of Spišská Nová Ves that the government has allocated funds to develop of the park and is prepared to provide investment stimuli to support other new industrial parks and investors. These incentives are earmarked particularly for regions in Eastern and Southern Slovakia.

Within three years almost 600 people are supposed to work in the park. It is expected that the job capacity could even reach 800.

In the park's biggest production hall, with an area of around 5,000 square metres, a subsidiary of a Brazilian company, CRW Slovakia, will produce plastics for several manufacturers.

CRW Slovakia will launch production this July. The company, which will manufacture plastic mouldings as one of Embraco's suppliers, plans to invest more than Sk300 million (€7.6 million). The company will start production with about 60 employees and their number should grow to almost 260 in a year.

The news agency SITA reported in February that French company Treves, involved in producing upholstery and car seat head support, is planning to invest in a new business in Spišská Nová Ves.

The company will probably build a new plant with a 9,000 square metre area. However, the information is still not confirmed.

Spišská Nová Ves originally wanted to establish a park for the wood processing industry. However, recession in the furniture industry changed the town's original intention. Engineering and plastics processing firms are interested in operating there almost exclusively.

The Economy Ministry and Slovak officials are trying to attract investors mainly to Eastern Slovakia, which suffers the highest rate of unemployment in the country.

However, investors are also expected in the regions of Banská Bystrica and Nitra.

In February of year, three industrial parks in Eastern Slovakia and one in the eastern part of the country obtained financial support from the EU and the Slovak state for their establishment and development.

EU funds and the Economy Ministry gave Sk489.8 million (€12.84 million) for new industrial parks in Javorinská (part of the town of Myjava, Western Slovakia) and Matejovce (part of Poprad), Trebišov and Snina in Eastern Slovakia.

The EU covered 70 percent of the costs for the parks' construction, 25 percent was paid from the Slovak state budget and 5 percent was covered either by the municipality or an investor.

Michal Sýkora, the head of the Association of Towns and Cities, admitted that EU funds could speed up the creation of industrial parks in Slovakia but noted that the country's unfinished highway network often discouraged investors from coming to this Central European state.

"An investor does not have to be responsible for building all the infrastructure, access to roads, etc. All this speeds up the whole construction process. The land is totally prepared. This is the greatest plus for investors.

"For the country, it is advantageous that industrial production is located in one place near the city. I do not see any disadvantages."