WHERE would Slovaks be without Milan Rastislav Štefánik - an important negotiator of Slovak interests leading to the founding of Czechoslovakia in 1918? Happily, such questions are unnecessary nowadays, but let us have a look at this great man' s past. 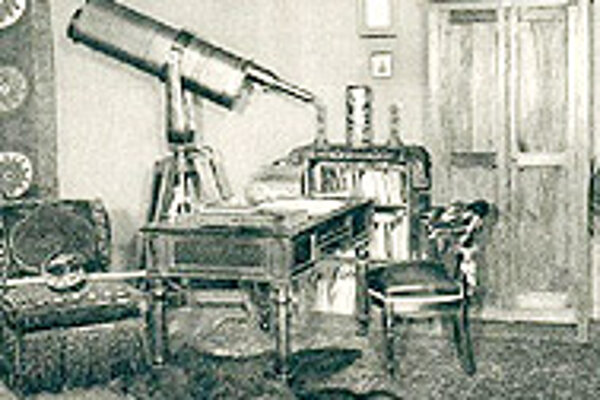 WHERE would Slovaks be without Milan Rastislav Štefánik - an important negotiator of Slovak interests leading to the founding of Czechoslovakia in 1918? Happily, such questions are unnecessary nowadays, but let us have a look at this great man' s past.

Born in Košariská, near Piešťany in 1880, Štefánik initially chose to study astronomy. As a weather forecaster for the French Army in World War I, he gained influence among French leaders, whom he urged to support a new Czechoslovak state. He died in 1919 - a year after the war finished and the Czechoslovak state was founded - in a plane crash at the Bratislava airport that now bears his name.

Several museums in Slovakia have exhibits and information on Štefánik, including the Ethnography Museum in Martin, the History Museum in Bratislava, the Technical Museum in Košice, and the Museum of Balneology in Piešťany. But for a really in-depth exhibition on the life and work of the great Slovak general, one has to visit the museum that bears his name. The MR Štefánik Museum is located in Štefánik's former family home in Košariská, around 30 kilometres from Piešťany.

Its collections include press cuttings from the USA, postcards, photos showing Štefánik's military activities in the Far East, as well as his private correspondence. A memorial tablet with Štefánik's portrait made by the academic sculptor Otakar Španiel in Paris around 1912 is one of the highlights of the museum's collection.

In 1995 Peter Kaňka, a member of Štefánik's family, presented the museum with two tapestries that Štefánik had brought back from Japan. Later his niece, Viola Kaňková, inherited them. The colour blue - Štefánik's favourite - dominates both tapestries. The first tapestry depicts storks, the other exotic fish. Both measure 64 to 68 centimetres and are covered with glass. One tapestry can be seen at the exposition in Košariská.

On the occasion of the 10th anniversary of the museum, it received a bronze statue of Štefánik. It was one of two statues made by Bohumil Kafka in 1928, thanks to a grant from the State Culture Fund PRO SLOVAKIA.

This sculpture of Štefánik, entitled The French General, is located in the museum's first exhibition room. Another Kafka's statue, called The Pilot, can be found in front of the MR Štefánik Museum, fixed to a pedestal.

Other pieces of art to be found in the museum are the original and stylized monuments to Štefánik from the hill of Bradlo, several metal reliefs portraying Štefánik, military decorations given to him during his later years, and a sheet of stamps symbolizing the Slovak-French post.

Also located at the museum in Košariská is Štefánik's design of the flag for the later established Czechoslovak Republic. It was obtained from Ján Bradáč of Myjava, a collector and co-founder of the Štefánik museum, who brought it from the USA.

The General Staff of the French Army have shown their interest in the collections and the exposition dedicated to Štefánik and have several times expressed appreciation of The French General, saying: "It is the embodiment of a great national hero wearing a uniform of a general, a masculine figure with subtle features, which is symbolic yet at the same time depicts an original figure."