THE ORGANIZERS of the annual Central European Music Festival in Žilina promise that this year's event will be the best yet. Žilina is used to showcasing young talent but this year, the festival's 15th, winners of major music competitions across Europe will attend, making the event one of the richest on the European music calendar. 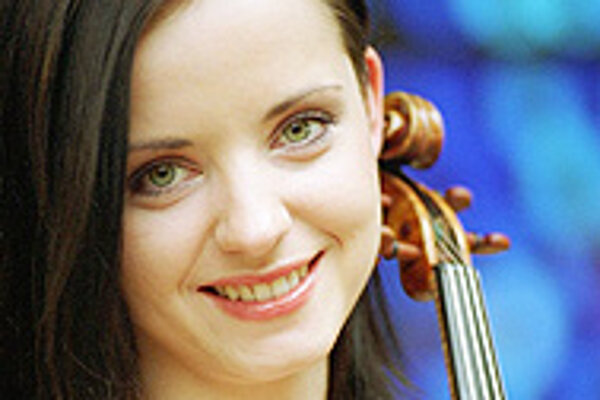 THE ORGANIZERS of the annual Central European Music Festival in Žilina promise that this year's event will be the best yet. Žilina is used to showcasing young talent but this year, the festival's 15th, winners of major music competitions across Europe will attend, making the event one of the richest on the European music calendar.

"This year we have invited winners of the most prestigious international music competitions, such as the Queen Elisabeth in Brussels, ARD Munich, Prague's Spring, Plácido Domingo's Operalia and the Ferruccio Busoni Piano Competition," said the festival's director, Ivana Korbačková, of Bratislava's Music Centre.

The exceptional talents will present their musical skills and also compete from April 17 to 23. Two singers, nine musicians, one conductor and one ensemble from 11 European countries will contest the Music Critics' Prize, awarded for the festival's most expressive musical performance. A five-member international jury of musicologists and music critics will evaluate the performances.

The weeklong festival's programme will offer four orchestral and three chamber concerts. The competing soloists will perform with two leading Slovak ensembles: the local Žilina State Chamber Orchestra and the Slovak Chamber Orchestra of Bohdan Warchal, as is the festival's tradition. A foreign orchestra, The Silesian Philharmonic Symphony Orchestra from Poland, will join the festival this year as well. The visiting ensemble will close festivities on April 23.

The festival's organizers say that performers will bring works of composers from their home countries, especially pieces that have not previously been presented at the Žilina festival. Attention is also being given to anniversaries of some of the world's greatest composers: the 165th anniversary of Tchaikovsky's birth and the 70th anniversary of Josef Suk's death.

Participants at the festival must be under the age of 32. The exceptions are conductors and vocalists, who can be up to 35. By and large, the competitors are musicians just starting their professional careers but whose successes as juniors have brought them to the attention of classical music enthusiasts.

"They are all personalities already acknowledged within the international concert scene. Not only in Europe, but also in the world," Korbačková said.

Oboist Nora Cismondi from France, who will be the first competitor on April 17, won the Prague Spring, one of the most significant competitions for brass instruments. German harpist Charlotte Balzereit will follow her on the same day.

They will be accompanied by the acclaimed Bratislava chamber orchestra, Cappella Istropolitana. Slovak cellist Teodor Brcko is a member of the orchestra and will appear at the opening concert as well.

He will compete in the festival on April 20, as will Latvian violinist Baiba Skride - winner of Brussel's Queen Elisabeth prize in 2001 - and Polish conductor Lukasz Borowicz.

One of the most talented and promising international guitarists, Marcin Dylla from Poland, will play on April 19. That day, festival visitors will be able to see last year's winner of the Music Critics' Prize, the Penguin Quartet, from the Czech Republic.

On the previous day, Ukrainian soprano Natalia Kovalyova and Slovak mezzo-soprano Terézia Kružliaková, a member of the famous Babjaks opera family, will perform arias by Suchoň, Dvořák, Rossini and Donizetti.

Pianists Maria Stembolskaja, from Russia, and Antti Siirala, from Finland, will compete on April 21 and 23, respectively. Stembolskaja finished second at one of the oldest and most prestigious international music competitions, the Ferruccio Busoni Piano Competition in Bolzano, Italy, in 2003, when the first prize was not awarded. That same year, Siirala won one of the most difficult piano competitions in Leeds, England.

April 22 will belong to the competition's youngest talents, trumpeter Julian Sommerhalder from Germany and violinist Nemanja Radulovic from Serbia and Montenegro. According to Korbačková, they are musical "geniuses and prodigies".

Apart from the traditional array of concert instruments, the festival aims to offer something new. Two years ago it presented Hungarian tuba player Roland Szentpali; this year the Corpus Trombone Quartet from Hungary will take to the stage on April 21.

Laureates of the Slovak Conservatories' Competitions will offer a break from the festival's competitive programme on April 18. A lecture and workshop on vocal skills led by Eva Blahová will take place in Slovak on April 19. Also planned is a meeting of students with members of the Corpus Trombone Quartet.

Following Slovakia's EU accession, opportunities for Slovak musicians have increased. It is easier to travel and exchanges have become smoother. "EU countries are close geographically and culturally. The festival enhances exchanges among musicians, promoting them in other parts of Europe," Korbačková said.

The festival is also a proof that the state is still interested in hosting international festivals in Slovakia. This year, in addition to money from the Culture Ministry, financial support has come from the International Visegrad Fund.

Slovak Radio will record all the concerts. Visitors to the festival can vote for the Public's Award, a novelty in the festival's history. In the future, the organizers plan to release a CD of all the winners of the Music Critics' Prize.