THE GAP between the nation's eastern and western regions continues to grow.
While Bratislava and its environs enjoy lucrative foreign direct investment, the East suffers some of the highest unemployment rates in the European Union. Recently, the closure of several regional schools in Eastern Slovakia revealed just how desperate the situation has become. 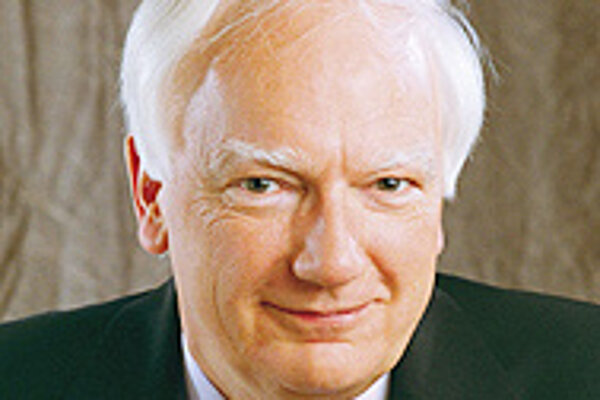 Font size:A-|A+0
THE GAP between the nation's eastern and western regions continues to grow.

While Bratislava and its environs enjoy lucrative foreign direct investment, the East suffers some of the highest unemployment rates in the European Union. Recently, the closure of several regional schools in Eastern Slovakia revealed just how desperate the situation has become.

The European Investment Bank (EIB) has a charter to help reduce regional disparities in EU member states. "Quite simply, we try to be present everywhere where long-term financing is needed," says EIB President Philippe Maystadt, who visited Bratislava on April 7 and 8.

The EIB has been financing projects in Slovakia since 1990. During this period, EIB's lending in the country has exceeded €1.7 billion. Of the total amount of the loans, almost one third of the funds flew into infrastructure projects.

In an interview with The Slovak Spectator, Maystadt describes the EIB's involvement with Slovakia and the need for a multi-dimensional approach to investment.

The Slovak Spectator (TSS): What are the tools that the EIB uses to help needy regions, either directly or indirectly?

Philippe Maystadt (PM): First, let me say that having internal disparities between regions isn't specific to Slovakia. Many countries suffer from imbalances, which is why the EIB was created.

The EU would be much more cohesive if big regional disparities were reduced. Of course, there will always be differences - that is normal in economic life.

But if the gap becomes too big, if the rich regions continue getting richer and the poor become poorer, it negatively affects the solidarity of the whole union.

One of the most important tools the EIB has is the so-called cohesion policy to reduce regional disparities and inequalities.

This policy is a form of solidarity that helps poor and under-developed regions catch up with their wealthier, more developed neighbours. However, these policies are voluntary - they never happen spontaneously. The EU needs a strong will to reduce disparities by making investments in infrastructure and education.

We try to ensure that the projects we finance are in line with the integrated development strategy of the region.

TSS: Among the EIB objectives are environmental protection and improvement. Do you feel that Slovakia has enough awareness in this sphere? What have been the most significant environmental projects your bank has backed? Where should the money in the energy sector go?

PM: It is true that in Slovakia - as in almost all new EU states before 1990 - environmental protection has been neglected. We know that under the communist regime, environmental issues were not a priority. The new EU members are not in the best shape, and they face hard work in complying with EU standards.

It was estimated that new EU members will need up to €100 billion to deal with the situation and make sure that they can comply with EU standards in terms of air pollution, water quality and waste treatment. This figure represents a huge investment, and this is why we expect to be more and more involved in financing environmental projects in the new member states.

With Slovakia, we have already signed a loan worth €12 million to finance the upgrade of a municipal waste incineration plant in Bratislava. We have also signed a €30-million loan to construct and rehabilitate Slovakia's water supply and sewage infrastructure. A €70-million loan was given to the Vojany power plant to find ways to minimize air pollution. These are only a few examples. The EIB welcomes more environmental projects, particularly in energy rationalization and renewable energy sources.

TSS: What projects does the EIB support in the health and education sectors? These sectors became very vulnerable after the fall of Communism and they continue struggling. How do you see the state of these sectors in post-Communist countries?

PM: We have been financing health and education projects since 1997, a decision made by the European Council in Amsterdam. As the EIB exists to support the policy objectives of the European Union, priorities for lending are fixed by this council.

The EIB is active in the health and education sectors in several countries. For example, in Italy, the EIB financed the construction of the Masaryk University campus in Brno, which required a loan of €95 million. We also financed upgrades at university facilities in Poland.

It was a governmental agreement, and we lent the government €500 million, which was a framework loan that the Polish government used for several universities. We have not yet been involved in financing health and education projects in Slovakia.

TSS: Last year the EIB signed a loan to construct a new motorway between Mengusovce and Jánovce near Poprad. Is there a possibility of further infrastructure loans to Slovakia?

This year the government will again decide how much it wants to put toward new infrastructure projects.

TSS: What is your experience with commercial banks in Slovakia? How has it been to cooperate with them?

We consider the commercial banking sector in Slovakia competent and capable when it comes to these partnerships. In fact, we have long-standing, very satisfactory relationships with seven commercial Slovak banks. As we borrow under better conditions than commercial banks, the banks are required to lend these funds at a favourable rate.

It is important that the final beneficiary of global loans - the small- and medium-sized enterprises - benefit from the funding.

PM: Slovakia has sufficient economic growth. However, this is not the case with the EU as a whole. In order to achieve this growth, EU countries will probably have to increase the innovation capacity of their economies.

Reaching growth through accumulation and limitation is no longer possible.

We have to innovate and adapt more promptly; this is key to fulfilling the Lisbon strategy.

We must invest more in research and new technologies, and we need a better qualified work force that can fill posts in new areas. It is a new strategy, but I believe it is the only strategy for the future of Europe.

Last month the EU Council meeting in Brussels confirmed this strategy and tried to improve its chances for implementation. Every state will be obliged to translate this strategy into concrete measures, which will certainly stir a national debate in each and every country in the European Union. Debate and the resulting individual national action plans are crucial to success, as few ordinary citizens know much about the Lisbon strategy.

Every state will come to its own national decision about how to implement the strategy. It will not be an imposition by Brussels. This will increase the national ownership of the Lisbon strategy and result in success.