WHILE British car manufacturer MG Rover is facing a financial crisis, kept alive only by a Ł25 million (€36.7 million) subsidy from the British government; and while the German and French auto industries are struggling to keep from sinking, Slovakia is preparing for a huge expansion in its car manufacturing sector. 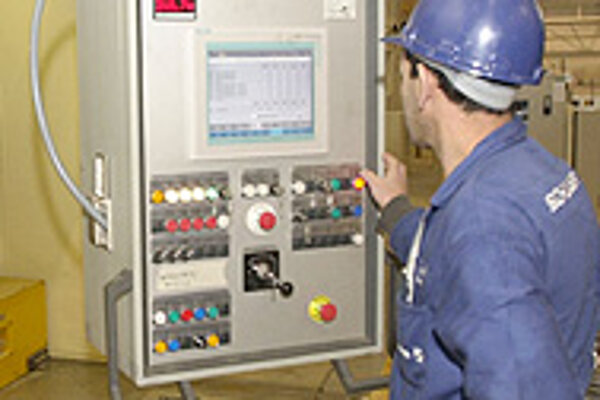 Font size:A-|A+0
WHILE British car manufacturer MG Rover is facing a financial crisis, kept alive only by a Ł25 million (€36.7 million) subsidy from the British government; and while the German and French auto industries are struggling to keep from sinking, Slovakia is preparing for a huge expansion in its car manufacturing sector.

Among the three major car producers in Slovakia - KIA Motors, PSA Peugeot Citroen and Volkswagen - only Volkswagen will be producing cars in 2005. Nevertheless, all three car companies are launching major employee recruitment efforts. They are mining the personnel possibilities to try to get the most out of their biggest investment: human resources.

KIA, PSA Peugeot Citroen and Volkswagen are under pressure to attract new employees and retain existing ones. The biggest challenge, according to the carmakers, is offering the right blend of training and implementing social policies that have lasting appeal.

PSA Peugeot Citroen already employs 660 people. By the end of the year, it plans to more than double its numbers. So far, most of its employees are engineers and technical experts. Only 8 percent of its work force is unskilled labour.

KIA plans to start manufacturing automobiles in 2006-2007 at its plant in Žilina. However, it already plans to employ more than 400 people in 2005. The company has already received 3,000 job applications from applicants in Slovakia, the Czech Republic and Poland.

The first positions that KIA will fill are those of administrators and production managers. "We got in touch with personnel agencies in Slovakia and asked them to fill those positions that require highly specialized or technical skills," said Dušan Dvořák, communications manager for KIA Motors Slovakia.

"We're looking for experts in information technology (IT) - consultants for SAP software modules, programmers and quality control expertise," he said.

"With their help the company has already hired several people in administration," the communications manager said.

Andrea Macková works at the Žilina job centre. She says her organization is ready to educate and retrain the region's unemployed to suit the needs of the KIA car plant.

"We expect KIA to define its goals and estimate the future development of the firm. From this information [the Žilina job centre] can prepare itself to meet the carmaker's ongoing needs," Macková told The Slovak Spectator.

So far, PSA Peugeot Citroen has registered 32,000 job applications. Their recruitment database is growing by 800 to 1,000 every month. Most applicants are from the Trnava region.

While agency managers do not routinely search where applicants come from, they have noticed that some are from Volkswagen. For example, some Volkswagen employees from the Trnava region have applied for employment with PSA Peugeot Citroen.

Volkswagen realizes it may lose some of its staff that commutes from outside Bratislava to KIA or PSA Peugeot Citroen. To counteract that, Volkswagen's internal human resources (HR) department is offering incentive packages. In some cases Volkswagen helps pay for transportation. In others, it might pay for accommodation and food. The company also offers relocation loans, hoping to lure families to Bratislava.

KIA's retention strategy is all about keeping motivation high. Employees compete for "best employee" twice a year. Those that consistently show professionalism and company loyalty are promoted.

According to Jozef Uhrík, the chairman of the Volkswagen managerial board, the Slovak auto industry needs more specialists. "[Volkswagen] could use more specialized employees," he said.

Volkswagen decided to tackle the problem head on by creating training programmes where new employees could gain new skills quickly. Uhrík is proud of what Volkswagen has done. "If we decided today that we need 300 new employees, we could train them within few days."

Volkswagen also has recruitment programmes in place with various technical universities. The aim is to help the schools link theory with practice. According to Volkswagen, cooperating with universities is a direct response to the growing needs of the market for specialized skills. By 2009, Volkswagen expects to work with more than 5,000 students.

KIA is also keen on making inroads into the technical universities. According to KIA's communications manager, student interest in KIA is high. A recent KIA presentation at Žilina University drew a fair number of students, several of which stayed behind for job interviews. Students of Bratislava and Košice technical universities are also interested in KIA. Many of those scheduled to graduate in May have sent their CVs to the car plant.

When it came to cooperating with Slovakia's technical universities, KIA decided to take a two-stage approach. First, KIA agreed to employ recent graduates when possible. Later, KIA would likely extend this cooperation by developing a specific curriculum that could be used by instructors at the universities. The curriculum would reflect the specific needs of the car plant, providing a learning environment that is also about job skills training.

Like Volkswagen and PSA Peugeot Citroen, KIA is also making investments in training programmes. The car plant has planned several specialized courses for this year. The first wave of the KIA recruits (200 to 300 people) will be sent to Korea for teacher training. Once they come back, they will help train the rest of the work force on site in Slovakia.