AS PRICES of crude oil oscillate between $50 and $60 a barrel and refuse to fall back to last year's levels, car manufacturers all over the world are swiftly adjusting to the new market conditions. Fuel-efficient vehicles are in higher demand than ever before. 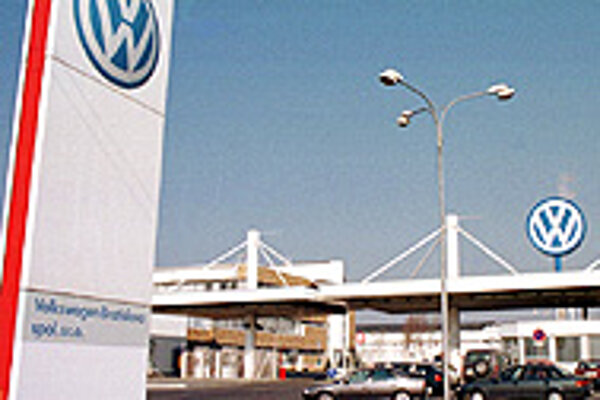 Font size:A-|A+0
AS PRICES of crude oil oscillate between $50 and $60 a barrel and refuse to fall back to last year's levels, car manufacturers all over the world are swiftly adjusting to the new market conditions. Fuel-efficient vehicles are in higher demand than ever before.

The highly profitable sport utility vehicle (SUV) sector has already been adversely affected. In the United States, sales of large SUVs were down 12 percent in the fourth quarter of 2004, compared to the fourth quarter of 2003. Meanwhile, the segment saw declines in January and February of 26 percent and 13 percent, respectively, according to Ward's Automotive Reports (Wall Street Journal, March 22).

Fortunately for the die-hard SUV aficionados, they do not need to give up their big and muscular favourites entirely. While the largest SUVs have lost some market share, the market is still brisk for smaller, more efficient models. Lighter SUVs have always been available, and many models are selling well in urban regions of the US and Western Europe. In addition, the so-called "crossover vehicle" sub-segment of cars (part sedan, part wagon, part SUV) has been rapidly gaining popularity.

Volkswagen makes full-size Touareg SUVs in Bratislava, and according to Audi's Audiworld Web portal on March 19, 2005, Audi will build its own SUV called Q7. It is to be manufactured at VW Audi's Bratislava production facilities where the Touareg and Cayenne are also manufactured. It is not a run-of-the-mill SUV: the extra length clearly sets it apart from its Touareg and Cayenne brethren, while the lines and stance of the vehicle make it look more crossover than pure SUV. As a result, the Q7 looks a lot less "truckish" than many current SUVs.

West Europeans and even more so, East Europeans, are lagging behind the Americans in developing a taste for bulky SUVs. Narrow European streets are better suited to compact SUVs, which also tend to be more economical. KIA has big plans with its Sportage SUV.

"This year the new Sportage compact SUV has made a great start with customers everywhere, and at opposite ends of the market, demand for our A-segment Picanto and Sorento SUV models is incredibly strong," Jean-Charles Lievens, senior vice-president of KIA Motors Europe, told the Times of Oman in April.

"Our entire model line-up and the quality of service offered by our rapidly expanding dealer network continue to have an ever greater appeal for European customers," he said.

Still, KIA's bread-and-butter is its compact-class cars. For the past two years the Korean-based KIA has been the fastest-growing auto brand in all of Europe, with sales up 48.7 per cent year-on-year in 2004, and the company is determined to maintain that momentum throughout 2005, according to the Times of Oman.

"KIA Motors is firmly committed to the European market and we hope to continue this success going forward with the help of our new state-of-the-art production facility in Slovakia, which is well on its way to be completed by late 2006," said senior executive vice-president and chief operating officer, Yong-Hwan Kim.

The South Koreans couldn't have chosen a better time for their production expansion plans. European car drivers are increasingly pressured by spiralling oil prices to follow their reason rather than emotion, and to make rational decisions about their new cars purchases. The reason commands to opt for models with higher mileage.

All three of Slovakia's existing and new carmakers - Volkswagen, Peugeot Citroen, and KIA Motors - have an opportunity to seize the moment. Customers expect more than just square-shaped boxes with low fuel consumption and meagre accessories.