On the border: Slovakia in maps

THE SLOVAK National Museum in Bratislava opens Slovakia in Maps from the 16th to the 20th Centuries. The exhibition documents the little known cartographic history of Slovakia, from the beginning of the 16th century to the present. The sub-theme of the exhibition is Slovak borders: national, regional and municipal. 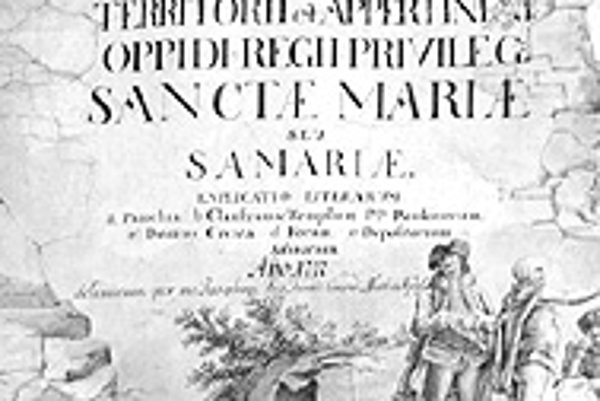 Font size:A-|A+0
THE SLOVAK National Museum in Bratislava opens Slovakia in Maps from the 16th to the 20th Centuries. The exhibition documents the little known cartographic history of Slovakia, from the beginning of the 16th century to the present. The sub-theme of the exhibition is Slovak borders: national, regional and municipal.

Maps are one of the most attractive ways of learning about a country and its history. Their aesthetic cohesion and precision create a unique kind of resource. They provide historical insight by offering an integrated and three-dimensional image of the country at the time of their creation.

The exhibition features significant mapping documents from Slovak archives. The technical implements of the cartographer on show - measuring instruments and other tools - show developments in the field and serve as a supplement to the main exhibition.

Until the establishment of the Czechoslovak Republic in 1918, the territory of Slovakia was integrated into Hungary, which was part of the Austro-Hungarian monarchy. Until then, Slovakia could only be found on Hungarian maps as a non-bounded territory within the Kingdom of Hungary. Slovakia as an autonomous administrative area starts to appear only during the 20th century.

The exhibition starts with the oldest map, assumed to be by Lazarus Roseti, issued in 1528 in Ingolstadt, and the 1579 map of Ján Sambucus, a native of Trnava and a humanistic intellectual, which was re-printed in several editions during the 17th century.

Maps from the era of the Osman expansion in the 16th and 17th centuries are also unique pieces. The eighteenth-century Slovak cartography is represented by the work of Samuel Mikovíni (1700-1750). Basing his maps on astronomical measurements, he traced the main meridian running through the northeast tower of Bratislava castle, which became known as meridianus Posoniensis or Bratislava Meridian.

The accuracy and level of information in maps improved during the second (1806-1869) and the third (1869-1887) military mapping operations. The results were maps of such accuracy that the Czechoslovak Republic, one of the succession states to the Austro-Hungarian Empire, adopted them only with slight changes and additions.

The public also has the opportunity to see the boundary maps of the recent past, which have never been seen by the public before. There is the proposed frontier based on the Treaty of Trianon (1920) as well as maps issued after the split-up of the Czechoslovak Republic in 1939.

Throughout the 20th century, maps were completed and refined by aerial data. In the early 21st century they are being further refined using digital technology.

The exhibition will be of benefit not only to specialists, but also to a wide range of people attracted to these intricate, visually pleasing works.

Prepared by the Slovak National Museum