WHAT defines blues music? Is it its microtonic tonalities, harmonic structure, or chaotically autobiographical lyrics? Or perhaps its melancholy beauty? Most likely, it's all of these combined. 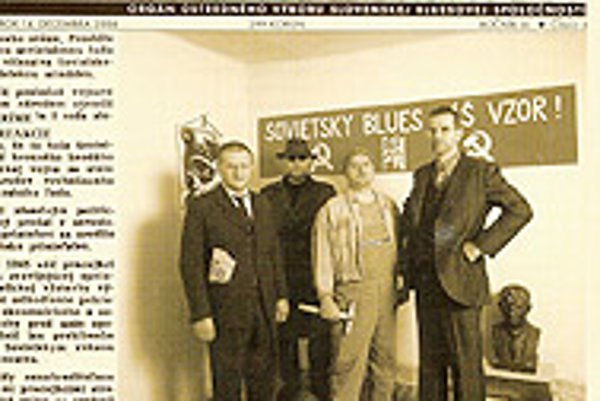 WHAT defines blues music? Is it its microtonic tonalities, harmonic structure, or chaotically autobiographical lyrics? Or perhaps its melancholy beauty? Most likely, it's all of these combined.

Regardless, Ján Litecký-Šveda, the pioneer of Slovak blues, believes the blues' relationship to folk music, both being deeply personal styles, makes it accessible to musicians and fans from all over the world. "Folk music and blues have similar principles - musicality and sincerity," he said.

But does this mean that any musician can perform it authentically? The answer is found in the new album by Litecký-Šveda and his band, Víťazný Traktor, which combines rock and blues in original works and new arrangements of classics old classics.

Litecký-Šveda's been playing the blues since the 1960's, drawn to it largely by the Rolling Stones, and the genre's poetry and creativity. "[Blues] excited me so much I had to dismantle it," he recounted. "It was so different, I needed to get to its roots."

Those roots lie deep in the Mississippi Delta, where African slaves used song and "field cries" to tell of their suffering. As the style evolved from an oral to a written form, African modalities were integrated into Western notation, resulting in a sound quality that became known as "blue" notes. The autobiographical lyrics evolved as well, into stories about poverty, lost love and loneliness.

Litecký-Šveda's album has some of the intensity so typical of blues. In Zlá cesta, an original piece, the musician hits a strained high note three different times, each one louder and wider than the last, and slurs his phrases to add even more style. Don't Be Cruel, his smooth arrangement of the Elvis Presley classic, has a considerably slowed tempo that provides an authentic blues groove, but the blaring electric guitar and wobbled notes give it more of a rock-bluegrass blend.

The album takes a humorous turn in Mušľa, which uses carefree lyrics to tell a light-hearted, slightly vulgar story. But this contradicts the mix of gravely serious lyrics with vibrant music that makes classic blues so imaginative.

By far the album's most singable track is Tatraplán, an arrangement of a song by blues legend Bo Diddley. Its back-up singers and saxophone solo, played by Richard Šimurka, set an exciting atmosphere, but the rendition ends up too straightforward and repetitive.

Unfortunately, this problem pervades much of the album. Šveda and Víťazný Traktor's technique is extremely solid and their dedication well-intended, but the music too often lacks the subtlety of rhythm and nuance of melody that makes blues so effective.