Another HZDS member bites the dust

THE OPPOSITION party Movement for a Democratic Slovakia (HZDS) lost its 12th MP since the 2002 parliamentary elections when long-time party member Dušan Jarjabek announced his departure. 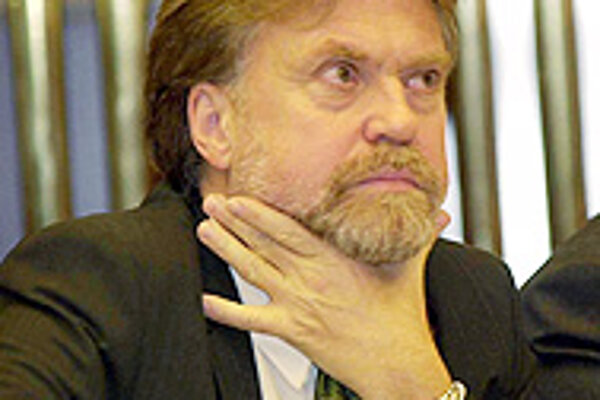 Jarjabek's decision came shortly before the party's political board was going to meet with him to address critical remarks he and another HZDS member, Milan Maxon, made about the HZDS Deputy Chairmen Ján Kovarčík and Milan Urbáni.

Jarjabek said he decided to leave because he wanted to stop "continuing internal tensions" within the HZDS. He plans to continue working in parliament as an independent MP.

Some HZDS members are sad to see Jarjabek go. Tibor Mikuš said it "was a shame" to lose him. HZDS Deputy Chairman Viliam Veteška told journalists that he was sorry Jarjabek was not "patient enough".

According to Kovarčík, Jarjabek's decision proves the man's betrayal of the party.

"I am not someone who is sorry about what happens. If someone leaves the party and betrays the party, then for me he is a traitor. He has left for the other side and he does not choose to fight on with us," Kovarčík told The Slovak Spectator April 19.

Jarjabek sent a letter to HZDS Chairman Vladimír Mečiar explaining the reasons for his departure, citing the "ambiguity of the programme and direction of the movement and the lack of explanation for the HZDS's falling voter preferences from the original 30 percent to some 15".

Opposition parties Smer and the Free Forum have accused the HZDS of getting closer to the ruling right-wing party of PM Mikuláš Dzurinda, the Slovak Democratic and Christian Union. Both parties denied the existence of any agreements with each other, but their actions and statements reveal that the parties are no longer in sharp opposition.

In October last year, when discussion about possible coalitions for the regional elections was rife, the media speculated about a political alliance between the HZDS and the SDKÚ. At the time, Milan Urbáni told The Slovak Spectator: "Journalists and everybody else must get used to the new reality."

"There have been certain developments and progress, and strong parties with sometimes conflicting views must join together if we want to achieve something," Urbáni said.

It is for these and similar opinions expressed by the HZDS deputy chairman that decided Jarjabek to leave the party. "The HZDS must decide which direction it wants to be go," Jarjabek wrote in his letter to Mečiar.

"I will keep my fingers crossed for the party because I sympathize with it, so that it makes a good decision," Jarjabek wrote.

Critics say that if Jarjabek had problems with the direction of the party, he should have raised the issue with the political board.

"He did not use this chance and just left. I think that is not professional," said Kovarčík. He maintained, "I don't think that we have moved astray in terms of our party direction."

Jarjabek said he wanted to work as a centre politician but remained on the opposition side of parliament. He also said that he was not considering entering any other political party. This is precisely why, according to Kovarčík, Jarjabek should give up his mandate "and let a member of the party carry out the mandate".

Maxon, the other HZDS member facing reprimands from the political board for criticizing Kovarčík and Urbáni, remains an HZDS member. Following the board meeting, however, he said that he sticks to his objections.

Maxon said discussion with the board brought "mutual understanding in the fact that we are an opposition party and we need to be doing opposition politics".

Political analyst Ľuboš Kubín from the Slovak Academy of Sciences thinks that Jarjabek's decision was an obvious step for the politician to take.

"For a long time he had objections with the HZDS's new policy of getting closer to the SKDÚ," said Kubín.

According to Kubín, those in the HZDS that do not agree with the new line, which may require coalitions even with "parties with which the HZDS was in a strong political battle during the 1990s", would have to leave because, as Mečiar said, "his opinion is the opinion of the party".