No pain, much gained

SLOVAKIA has gained an image as a pro-reform country and has managed to maintain this reputation during its first year as a member of the European Union. Like every other country it has also had to accept compromises. But compromise is needed in a 25-country community, European Commissioner for Education, Training, Culture and Multilingualism Ján Figeľ told The Slovak Spectator in an interview. 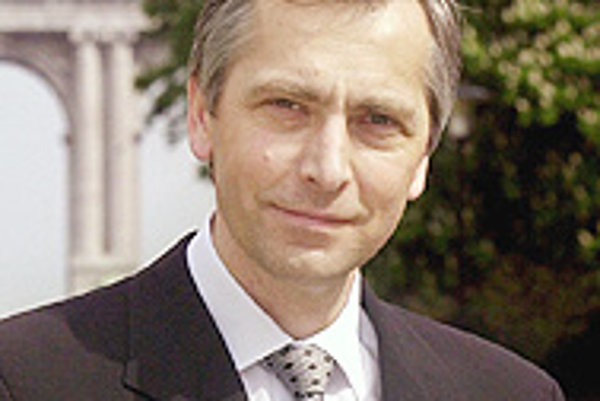 Font size:A-|A+0
SLOVAKIA has gained an image as a pro-reform country and has managed to maintain this reputation during its first year as a member of the European Union. Like every other country it has also had to accept compromises. But compromise is needed in a 25-country community, European Commissioner for Education, Training, Culture and Multilingualism Ján Figeľ told The Slovak Spectator in an interview.

The Slovak Spectator (TSS): What were the biggest challenges that Slovakia faced in its first year of EU membership?

Ján Figeľ (JF): I think that Slovakia is one of the successful new member countries. No one doubts that we belong to the community of European countries, with our neighbours, together with whom we've been through a complicated history in the 20th century and also through the integration process.

Slovakia is perceived as a pro-reform country, a state which has not experienced any major shocks from entering the European Union or any post-entry traumas, in the sphere of consumer prices, for example. Several trends and changes have been accomplished through domestic reforms rather than by actual entry into the union.

At the same time, that is a message for Slovakia not to expect automatic answers or solutions to its problems from Brussels or from its EU membership. Slovakia should try to define and address these problems through domestic reforms, as well as, through cooperation in the region, within the EU and within the wider international sphere.

Through its membership in the EU, Slovakia is benefitting according to its ability to use all the means available. EU membership opens up new opportunities, starting with participation in the regional policies of the EU. There is more mobility for students, employees and businessmen, and Slovakia is more attractive for foreign investments. The sectors of agriculture, environment and transport get significanly more money than before. Slovakia's position in the world is stronger.

As to the compromises the country has had to make within the first year of its membership I would list the trading of CO2 emission quotas, adaptation and changes to the Stability and Growth Pact for the eurozone and in many senses the Constitutional Treaty agreement, which in fact is a document for the basic, primary law of the union and is currently going through a ratification process.

We need to point out that most EU decisions are a form of compromise - political, financial or legislative - because it is one of the tools for the functioning of a large, 25-member community. Compromises are not the exception but rather the rule in the functioning of the EU.

TSS: What were the greatest challenges that you faced in the past year in your position as Commissioner for Education, Training, Multilingualism and Culture?

JF: This sphere is becoming even more important and sensitive, not only for the political future of the European Union, but also for its competitiveness. It is also important globally, for the development of the European identity, its diversity and for European values. These are issues that are sensitive for each country and each citizen. In a certain sense they define the foundations of European integration.

It has been necessary to make a transition from the agenda of coal and steel, through the common agricultural policy, to the single market and the single currency, to topics that are linked to the knowledge-based economy and a dialogue between cultures. Important reforms are taking place in this sector, most importantly in higher education (known as the Bologna Process), for which member countries bear responsibility. Slovakia is part of the process. It means a modernization and Europeanization of higher education, which means greater mobility for students and professors, higher accessability, openness and quality of education and wider recognition of educational qualifications.

TSS: You have mentioned European identity as one of the greatest challenges of enlargement. Sociologists claim that a public debate over European identity is missing in Slovakia. Do you see such a debate lacking?

JF:Slovakia in general has had less public debate on EU integration or on the wider political development of the EU. The country really needs more public and political discourse because democracy depends on an engaged and informed civil society, which cares about the character of public policy, including the European one. Partly, it is a result of the transformation, as in Slovakia several things happened simultaneously, starting from the transition from Communism to democracy, the creation of the independent statehood, the harmonization of Slovak laws with European legislation and finally integration.

However, the European identity is a phenomenon that people start perceiving more when they leave home, when they are confronted with different but similar phenomena in neighbouring countries. The European identity is much more sharply perceived if you move to Asia, Africa or Americas. You suddenly realize the uniqueness and values of Europe and its diversity. It very often happens in human life that we start to truly value things only after we start losing them or when we see them from a certain distance.

The European identity has never been discussed more than in these decades. At the same time we need to say that the enlargement of the EU also means a Europeanization of the union. It calls for an active approach and for making our culture part of that process. Europe is more about culture and historical connections than about geography or trade. One has to respect the values of one's own country and understand the road that the country has had to follow, and at the same time be aware of the common history that Europe has been through.

JF: Two countries, Bulgaria and Romania, are in the accession process, others are preparing to start negotiations. These two countries started the talks in Helsinki together with Slovakia. It was important for Slovakia to enter the EU together with its neighbours because it was in the country's best interest. It was also the best scenario in the regional sense. I am recalling this only because we started together with Romania and Bulgaria.

The geographical enlargement is not enough. Enlargement of awareness and responsibility must follow. For maturity of the EU, the members have to take on responsibility and apply the same criteria for other applicants as for them when they were joining. It is a mutual process.

The countries that want to enter must bear the responsibility for their preparedness to enter. However, it would be wrong if the countries that made it to the union would now shut the door and forget about the importance of solidarity and humanity as basic elements of the unity of Europe. Slovakia, by supporting further enlargement, is contributing to the mental enlargement of the union. Barriers that were torn down in and after 1989 might still exist in thinking and these barriers must be overcome, too.