EU club: The good, the bad, the ugly

A POSITIVE global image, a string of large international investments and stable financial markets - Slovakia has them all after one year of European Union membership. Analysts unanimously agree that joining the EU has been good for Slovakia. However, they admit that the tangible benefits the country enjoys are largely due to the government's structural reforms. 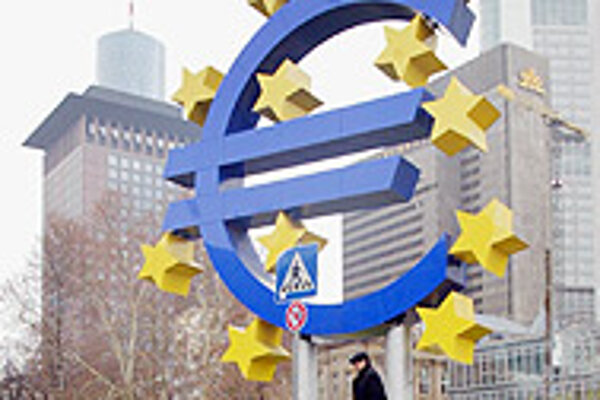 Font size:A-|A+0
A POSITIVE global image, a string of large international investments and stable financial markets - Slovakia has them all after one year of European Union membership. Analysts unanimously agree that joining the EU has been good for Slovakia. However, they admit that the tangible benefits the country enjoys are largely due to the government's structural reforms.

Slovakia is doing well, and one reason for it is the government's success at convincing investors that Slovakia's economic environment is equal to, and in some cases stronger than, its EU competitors.

Miroslav Šmál of Poštová banka agreed: "We can assess the accession of Slovakia in the EU and the first year of the membership as definitely positive. Pluses outweighed minuses and predicted negative effects did not come true."

Šmál added that one reason Slovakia coped so favourably with the first year of its membership is because the country's economy was opened to cooperation with other countries before the accession, and not only in areas of foreign trade.

"Companies had to adapt to high competition pressure a long time ago, long before our EU accession. The accession itself brought new markets to companies, opportunities to acquire cheaper capital and know-how," he said.

Analyst Robert Prega from Tatra banka pointed out that while the image of Slovakia was improving before May 1, 2004 (the date of accession), actual membership strengthened its position in the eyes of business circles.

"We can see that foreign investors perceive membership as an important stabilizing factor. In the past, even small political issues made foreign investors react strongly on the Slovak financial market. Currently, even the fact that our government has minority support in parliament has almost no impact."

While Prega believes EU membership has helped improve Slovakia's image significantly, he maintains: "I have to say that the main economic development of the country was mainly influenced by the domestic political situation."

"EU membership enables Slovakia to pursue its political interests in the world more effectively. We can use international cooperation for environmental protection projects, immigration control and the fight against organized crime. Slovakia has a chance to expand its cultural influence as well. For the small Slovak economy, EU membership means an influx of foreign investment, faster economic growth and a stronger local currency," said Lenko.

Economists acknowledge that there have been certain costs associated with becoming a part of the European Union.

"Slovakia had to give up a part of its sovereignty in favour of European institutions. There were also additional costs related to restructuring the Slovak economy and harmonizing Slovak regulations with European ones. Higher competitive pressure on Slovak producers can also cause problems in the long run," Lenko told the Spectator.

Tatra banka's Prega agrees. "Many companies felt that the number of businesses regulations increased, and are difficult to administer. But it is true that companies knew about it several years ago," he said.

According to local analysts, Slovakia, compared to other EU countries, deserves credit for implementing a flat income tax rate of 19 percent to make the tax system more simple and transparent.

Slovakia is also interesting to investors thanks to its low unit labour costs. (They are the second lowest in the EU.) Apart from the low cost, labour is also relatively well educated.

Furthermore, Slovakia is positively perceived because of its ambitious plans to cut the public finance deficit. Its determination to enter into the European Monetary Union in 2009 is also making an impact on outsiders. Perhaps most impressive is the Slovak cabinet's ability to convince the EU bodies that it intends to keep to its schedule of decreasing the deficit and adopting the euro.

Slovakia is also considered to be a European leader in reforms - something that European business investors like to see, even if the more established EU members are not keen on it. (Consider Slovakia's 19-percent flat tax rate that many developed European countries opposed.)

Cracks in the armour

However, there are still some shortcomings Slovakia has compared to other EU member countries.

"There are still concerns on promptness of judiciary and enforcement of the law. This is a weakness that still occurs in Slovakia," Slovenská sporiteľňa's Kotian pointed out.

Lenko from VÚB said high unemployment is one of the major economic problems that Slovakia must face.

Analysts think future Slovak activities in the EU should be mainly focussed on liberalizing the products, labour and services markets. Adopting the euro is another big challenge.

"Accession in the European Monetary Union will be more and more crucial as time goes on. The time of adoption is planned for 2009, but the steps leading towards adoption will be the main factors influencing the economy in the forthcoming years," Prega explained.

Lenko agreed: "Fulfilling the Maastricht criteria (price stability, fiscal deficit, gross government debt, long-term interest rates, and stability of foreign exchange rate), which is needed for accession in European Monetary Union, will be one of the biggest challenges."

Šmál from Poštová banka sees support for higher added value products and services as a priority, which will require changes in the Slovak legislation. "Supporting added value projects serves as a base for long-term competitiveness and effectiveness of the economy. It is not possible to compete forever with low labour costs."

Kotian with Slovenská sporiteľňa says the biggest challenge is fully liberalizing the services market in the EU. An on-going phobia that some EU members have toward countries like Slovakia surprises him.

"I am convinced that the EU countries that are opposed to the free movement of the economy, in labour and services for example, are just hurting themselves," he said.