Learning to the stress-free rhythm

IONEERING Czech educational theorist Ján Ámos Komenský advised that using games was an effective way to teach children. He did not mention songs but he certainly would have approved of a Slovak initiative, English in Songs, which has found its way into the hearts and minds of children all over the country. 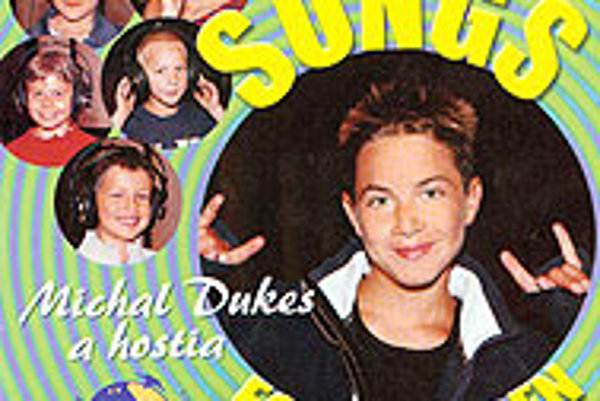 Font size:A-|A+0
PIONEERING Czech educational theorist Ján Ámos Komenský advised that using games was an effective way to teach children. He did not mention songs but he certainly would have approved of a Slovak initiative, English in Songs, which has found its way into the hearts and minds of children all over the country.

"The project is celebrating its fifth anniversary this year, but the concept had been maturing for a much longer time," said Vojtech Kresťanko, the founder of the Modern English Language School.

"When I was teaching my children, I dealt with their fatigue, distractions and inattentiveness with the help of music: I played a few melodic songs on the piano as a way of refreshing them, and then we sang them together. Then I made this experiment: I started to play and sing songs with texts in English. The children remembered the words and phrases better, they learned English much more quickly."

Although Kresťanko can play English texts and tunes, he enlisted help for the musical part of English in Songs from the experienced composer, musician and arranger Ali Brezovský.

Since 2000 they have made four CDs, all published by Slovak Radio, and the fifth is on its way. There are songs with and without texts on these albums, so the teacher can sing with children accompanied only by music. Kresťanko and Brezovský have gradually introduced new themes and genres, and other languages.

The Songs for Children CD, for example, also includes traditional Irish ballads, rap, disco, melodic pop and rock, reggae, swing and Dixieland. Out of 19 songs, ten have English lyrics, eight are in Slovak and one in Italian.

The fifth album, which will be released this autumn, gives a reminder of Slovakia's place in a multicultural Central Europe, with songs in German and Hungarian, though the dominant language is English.

Teachers who have used the records welcome the freshness the songs bring to their English classrooms. The children enjoy the songs; they understand them and remember them through the melody, even though they may only have a basic knowledge of the language.

Magdaléna Labudová, a teacher at the elementary school on Jelenia Street in Bratislava said: "Kids like learning foreign languages in an entertaining way."

Some teachers have taken the idea even further. Mária Kylianová and Terézia Báršváryová, teachers at an elementary school in Senec, added motion to the rhythm of the songs. Andrea Pitoňáková, headmistress at the Karloveská elementary school in Bratislava, said that they also use songs from the CDs to liven up school celebrations and public performances.

Sida Horváthová, the director of the State Language School on Palisády in Bratislava, acts as consultant on the project and points out that thanks to its playful spirit children lose fear of foreign languages and communicate without stress.

Brezovský, a long-time radio editor, has prepared all of the recordings with talented child performers, who he found beyond the Bratislava city limits. He formed VOK, a group of girls from an elementary school in Brezová pod Bradlom, among others. The name VOK stuck with the singing trio after an American lecturer, Paul McCullough, commented "Very OK" when he heard the girls sing. Those original girls have now grown and Brezovský and Kresťanko have established the next generation of young English singers, currently led by Michal Dukes.

As English in Songs developed, more and more specialists took notice. In 2003, the European Commission Office in Slovakia awarded the project a European Trademark as it instils in children lively interest, ambition and spontaneous public performance in foreign languages. It was also one of the first programmes to be taken under the umbrella of the Leonardo da Vinci Programme.

Judit Visnyovszka, an expert at the European Commission for Education and Culture was impressed with the novelty of the idea and its multilingual character. The experts of the European Commission selected English in Songs from 600 non-traditional foreign language-teaching projects as one of the representative 50 projects, which will be published in several languages in August 2005.

From the beginning, Kresťanko and Brezovský wanted to give children a playful teaching aid, but it was also their goal to encourage their ambition, competitiveness and artistic drive. Kids from kindergartens and elementary schools meet every three months at Bratislava's Park Kultúry a Oddychu (Culture and Leisure Park - PKO) to sing songs from the CDs along with the main performers.

The last such concert took place Thursday, April 21. It is amazing to watch those little singers perform, their faces beaming with enthusiasm and determination.