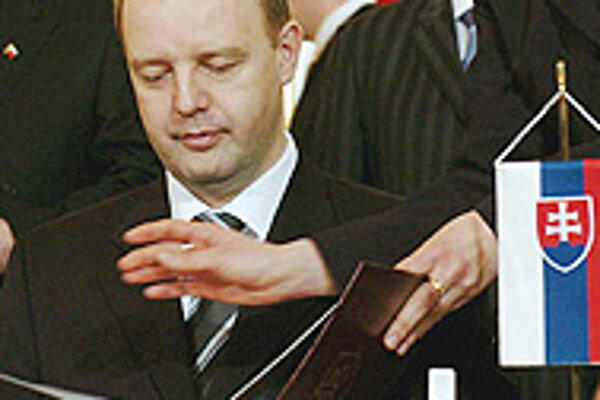 "If the contract negotiation ends successfully, it would be the second biggest investment in Slovakia after the KIA plant near Žilina," said Rusko.

"At the moment I can confirm that SARIO and the Economy Ministry are cooperating on placing this investment in Slovakia. However, SARIO has signed a privacy agreement with the investor. As the project is not wrapped up yet, I will not make further comments," SARIO spokesman Ondrej Žember told The Slovak Spectator. Prime Minister Mikuláš Dzurinda is expected to discuss the possibility of tax breaks with Hankook Tire, the news wire TASR reported.

Like SARIO, the Economy Ministry has been careful with its comments.

"Currently, the question of whether Hankook Tire will invest in Slovakia depends more on the Slovak side than the Korean side. It is up to Slovakia to take steps to ensure that Hankook Tire comes to Slovakia," Economy Ministry spokesman Maroš Havran told The Slovak Spectator.

Whether or not the Slovak government will offer investment incentives to the Korean tyre manufacturer is unknown.

"The negotiations are very sensitive as they are reaching their final stage. It is necessary that the prime minister and the government deal with the issue," Havran said, stressing once again that it is up to Slovakia to decide.

Hankook Tire might locate its plant in Levice, in the Nitra region. Worth more than €500 million, the plant would create 1,500 jobs. Rumours circulating on April 22 indicated that Hankook Tire had definitely selected Slovakia as its European investment locale. However, Hankook denied the reports.

"Three countries have been shortlisted: Slovakia, Poland and Hungary. Whichever country offers the best conditions, especially in terms of tax allowances, will decide the winner," a Hankook spokesman told the news wire SITA. A potential investment in Slovakia by Hankook Tire would fulfil analysts' predictions that the KIA investment would pave the way for automobile suppliers and other companies related to the automotive industry. Official sources do not say that KIA influenced its Korean colleague, Hankook Tire, to consider Slovakia, but they suggest it is a possibility.

"Based on my information, relations between Hankook Tire and KIA are above average. We can assume it is one of the reasons why Hankook Tire decided to negotiate with Slovakia, but we don't know for sure," Havran told The Slovak Spectator. On April 25, tyre manufacturer Matador, which operates out of Púchov in the Trenčín region, said it does not rule out possible cooperation with Hankook Tire if the Korean company decides to build a factory in Slovakia. According to the news wire TASR, Matador's President Štefan Rosina met with the top Hankook Tire executives in Seoul two months ago.

"The forms of cooperation are still open and will be subject to negotiation," Matador spokesman Dušan Koblišek said.

Poland confirms that it is in the running for the Hankook Tire investment.

"Our bid is realistic," said Sebastian Mikosz from SARIO's Polish equivalent, the Polish Agency for Information and Foreign Investments. The Polish agency likes to point out the problems that Korean carmaker KIA has had with its investment in Slovakia. According to Economy Ministry spokesman Havran, "The situation [complications around purchasing land for the KIA site] will not get repeated with any other investment."

Poland said it could offer a state aid incentive package worth €46 million to the Korean investor.