ARMY pilots in Slovakia may receive higher wages after 80 percent of them considered leaving the military for jobs in the private sector. 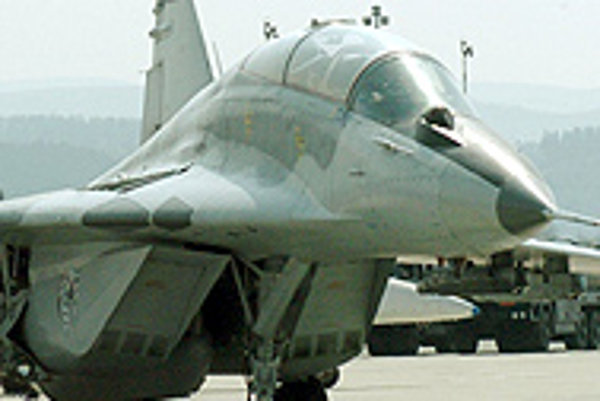 Font size:A-|A+0
ARMY pilots in Slovakia may receive higher wages after 80 percent of them considered leaving the military for jobs in the private sector.

The national daily, Pravda, broke the story April 25, reporting that a high proportion of army pilots were unhappy with their pay and were considering job offers from regular airlines.

The net monthly income of Slovak army pilots is around Sk25,000 (€630). According to media information, the private sector offers experienced pilots three times that sum.

Currently, a draft bill addressing state service personnel wages is in parliament. Officials involved in drafting the measure originally foresaw a 15 percent hike for pilots. They now believe that increases and benefits will have to improve even further to compete with the private sector.

Pravda reported that many army pilots are already taking special flying courses to become eligible for positions at commercial airliners. Pilots say their army jobs are demanding and risky.

"We are not willing to serve under these conditions any longer. We can leave for the civilian sector or find another job in the army with fewer responsibilities for the same or even higher pay," pilot Martin Hronec, speaking on behalf of fellow pilots, told Pravda.

Army Chief Bulík said that if Slovakia lost 80 percent of its trained army pilots, the country's air force would not be operational.

"The percentage [of unhappy pilots considering work in the private sector] is considerably higher than we thought. Eighty percent is way too much and it means that [the air force] would be practically incapable of any further activities," Bulík said after visiting pilots at the Sliač airbase on April 25.

"Following our discussion with the pilots, we summarized their requests and I have already proposed certain measures to the defence minister, which I hope will help stabilize the situation," he said.

According to the army chief, the pilots' demands are justified. He also asked them to be realistic about what the military can offer financially considering the ongoing reform of Slovakia's defence sector.

Last year Slovakia officially became a member of NATO and is preparing to become part of a joint system of NATO air defence.

As the Slovak army heads towards a professional military (no obligatory tours), several changes have come about, including demotion.

"As part of the new concept of the Slovak air force, all pilots will have their ranks demoted by one level. For instance, a major would fall to captain," Defence Minister Liška said.

In the Slovak military, rank determines wage. Thus, while pilots expected new legislation to raise their wages by some Sk5,000 (€125) per month, demotions mean the actual hike would only be a few hundred crowns.

Defense Minister Liška discussed the problem with Slovak President Ivan Gašparovič at a meeting on April 26. The minister would not reveal any details of the talks.

He excluded the possibility that the ministry would consider abandoning its planned demotions as a potential solution.

"It would not be a systemic move, and we see it as a last resort," Liška said.

Before making any decisions or public statements, the minister emphasized that he wanted to come to an agreement with the pilots first. He also said that, in his opinion, the situation was not as dramatic as the media has portrayed."These are problems as any other that we have to solve in the ministry," he said.

There are 144 pilots in Slovakia's air force. The country has invested a great deal of time and money in training the pilots.

According to the army officials, a top pilot's training on MiG-29 fighter planes costs around Sk200 million (€5.1 million) over the course of five years.

Bulík and Liška suggested that the pilots were taking advantage of media pressure to further their cause.

According to MPs who deal with defence issues, the situation must not be underestimated.

Jozef Šimko, the deputy chairman of the parliamentary defence committee, told The Slovak Spectator on April 27: "If it's really true that 80 percent of our pilots are considering leaving the army, we will have to deal with this issue seriously in our committee."

He added, "I will personally do my best to help the pilots get adequate evaluation. We must realize that training of pilots is an expensive affair and our pilots are professionally well respected even abroad."