The state of the union

A SURVEY comparing the reactions of ordinary Central European citizens belonging to states that joined the European Union last May reveals that Slovaks are more supportive of EU membership than Hungarians and Czechs. While not all Slovaks are happy about the change, they are not as pessimistic as their Czech neighbours. 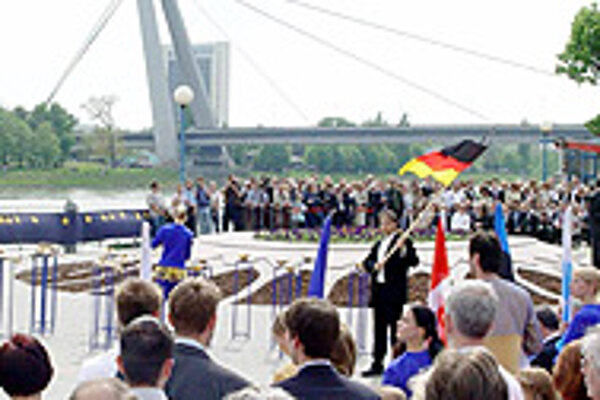 Font size:A-|A+0
A SURVEY comparing the reactions of ordinary Central European citizens belonging to states that joined the European Union last May reveals that Slovaks are more supportive of EU membership than Hungarians and Czechs. While not all Slovaks are happy about the change, they are not as pessimistic as their Czech neighbours.

The survey also confirms that Slovakia did not suffer any post-entry trauma or frustration. Most of the changes are legislative in nature and citizens have not taken a great deal of notice. Nevertheless, the Slovak government has implemented 1,797 new legislative standards; 71 still remain.

The Slovak Spectator asked people on the streets of Bratislava whether EU membership had changed their lives. We also asked what issues resonated with them personally when they thought of the European Union.

"Slovakia now has to deal with an increasing bureaucracy. It's like the public procurement law. The politicians say it decreases corruption but I think the situation is worse than before. Now we need 17 different documents to comply with public procurement legislation. At the end of the day, they decide as it suits them best anyway," said Ján, 59, a geologist.

The younger generation emphasized the benefits of an open-door policy with other European nations. Veronika, a 21-year-old university student, said: "So far, I haven't experienced any major changes in my life. But for the future, young people have an opportunity to travel and work abroad."

Andrej, 25, also a university student, feels similarly. He has not noticed any major life changes since accession. However, the opportunities to travel that membership has brought is important to him. "I want to go to Britain to find work. It suits me that I can work in Britain legally," he said.

In terms of employment, the Focus/Central European Opinion Research Group survey indicates that only 1.6 percent of Slovaks work abroad in the EU. However, almost 16 percent of those polled said they would be interested in working outside Slovakia in other EU member states. The survey shows that 3.7 percent of Slovaks are actively seeking EU employment; 12.2 percent plan to do so while 10.3 percent are willing to take up employment abroad if it was offered to them.

That leaves 52.1 percent of Slovaks neither interested nor willing to work in an EU country other than Slovakia. However, Slovak citizens are more eager to find work in the greater European Union than its neighbours to the East.

According to Oľga Gyárfášová, a sociologist with the Institute for Public Affairs (IVO), Slovaks are mostly interested in practical issues linked to EU membership, such as how to get employed in the EU and what kind of documents they need for employment, or how to import used cars from the EU into Slovakia.

The Slovak Spectator's brief street poll supported Gyárfášová's analysis. It appears that few Slovaks are aware of the pressing issues facing the European Union, and that are being discussed in Brussels.

Shortly after its entry, Slovakia posted the lowest turnout ever for European Parliamentary elections. On June 13, 2004, only 16.96 percent of eligible Slovak voters cast their vote.

Ironically, a few months after EU parliamentary elections, nine out of 10 Slovak respondents in a public opinion research poll considered it "extremely important" for Slovakia to have representative deputies in the European Union Parliament.

Officials admit that Slovaks in general have been less active in public debates on EU integration and its political development than other EU citizens.

"The country really needs more public and political discourse. Democracy depends on an engaged and informed civil society, one that cares about the character of public policy, including the European one," European Commissioner for Education, Training, Culture and Multilingualism Ján Figeľ told The Slovak Spectator.

The big issue concerning the wider EU at this juncture is the EU Constitution and its ratification. Slovakia will not have a public referendum on the matter; however, based on the assumption that election turnout would be lower than the necessary quorum to sustain a decision.

"I remember there was some news about the EU Constitution on the radio, but I don't think there is any other news concerning the EU," said Anna, 58, a pensioner.

Katarína, 30, also draws a blank. "When I think of the EU, the first news that comes to mind is about the constitution. But I have to admit, I don't know much about it. I don't know if it is good or bad or what it means for Slovakia if it gets approved."

It is possible that Slovakia's knowledge gap of the EU Constitution is the reason behind surprising differences between a public opinion poll first conducted in July 2004 and subsequently in the autumn of the same year.