How low can they go?

THE PUBLIC's interest in mortgages remains high. Part of the attraction is that interest rates remain low, even though the Finance Ministry abolished housing loan subsidies in January. While many feared that the loss of state subsidies would shrink the mortgage market, in fact it is growing. 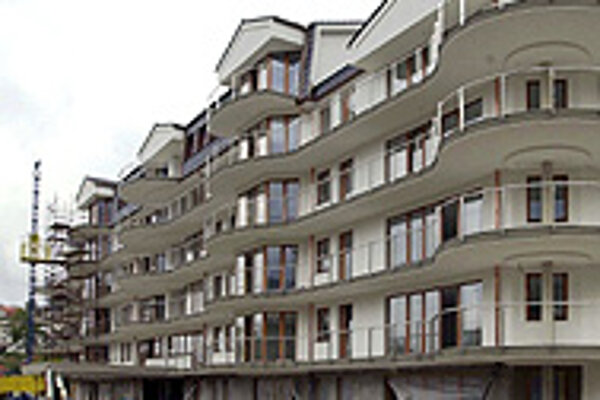 Font size:A-|A+0
THE PUBLIC's interest in mortgages remains high. Part of the attraction is that interest rates remain low, even though the Finance Ministry abolished housing loan subsidies in January. While many feared that the loss of state subsidies would shrink the mortgage market, in fact it is growing.

The ministry's decision had another benefit: the Slovak mortgage loan market came of age. State subsidies required the proceeds of a mortgage loan to be used strictly for the purchase or reconstruction of real estate. With subsidies out of the picture, banks can now provide loans secured by real estate for various client purposes. (A client can mortgage their home, for example, to free up equity to buy a car.)

"The state took advantage of a positive development on the mortgage loan market and abolished the subsidies. It thus created more pressure on banks [to keep interest rates low] because of the competitive environment. For example, even though the state subsidies decreased in 2004, the volume of mortgage loans year-on-year increased by 57 percent," he pointed out.

Norbert Lazar from OTP bank told The Slovak Spectator that favourable interest rates on the financial market completely negated any effect the loss of state subsidies might have had.

"On the contrary, banks currently offer the most attractive interest rates for mortgage loans that the nation has ever seen."

Lazar continued: "Real estate investments in Slovakia are still among those that are appreciating and people realize this fact. This type of investment became even more attractive due to positive economic growth of the country and its accession into the EU. The increasing interest in mortgage loans is the result."

Roman Začka, director of the public relations department of Tatra banka, said that low interest rates on mortgages are the result of the NBS' cutting interest rates in addition to improving macroeconomic characteristics.

Táňa Hambálková, a spokesperson with VÚB, agreed that the impact of abolished state subsidies on mortgage clients was not significant because it occurred together with interest rate cuts.

Competition between mortgage lenders is also another reason rates have stayed low.

Today, most banks offer flexible mortgage terms. For example, loans secured by real estate can be used for any purpose. Some banks allow applicants to apply for loans in euros. In many cases, financing and payment plans are wide open. A client can get a mortgage covering 100 percent of the value of a new apartment. In the past, clients had to come up with 30 percent of the purchase price on their own.

Banks are slashing administration fees as well, and they are paring down the conditions to a minimum.

Almost all local banks that offer mortgage loans have established specialized mortgage centres where a client can obtain all the services he or she needs to buy a home.

Banks say that the competition on the mortgage loan market will be fought on the quality of products. Further significant cuts in interest rates are not expected.

"In the future, mortgage loan products will be more sophisticated and specialized for certain segments of people," VÚB's Hambálková said.

Lazar from OTP bank said: "As for market novelties, the industry should focus on making the loan approval process shorter and better."

While in the past mortgage loans were perceived as banking products suitable for those with above-standard incomes, banks say that loans are becoming affordable to a larger number of people. Additionally, Slovak legislation allows foreigners to apply for mortgage loans.

"When the mortgage market first started in Slovakia, mortgages were products for high society. Right now it is becoming a "mass-market" product. This is thanks to lower exchange rates, lower fees and also higher average incomes. I do not see any room for further price cuts for mortgage rates, though. Now it purely depends on competition in terms of services," Bárta from Unibanka said.

Začka from Tatra banka said: "The growth of Slovaks' purchasing power lowers the risk of a bank in providing loans. It enables banks to loosen conditions for granting loans, so that there are more people who are eligible to obtain a loan than there was one or two years ago."

"Compared to the past, mortgage loans are much more affordable. Someone with a lower income than you think can apply," said Hambálková.

In Slovakia, the typical applicant for a mortgage is a person in their 30s or 40s who wants to buy a flat or renovate their own.

On average, people are borrowing more than they did in the past. While clients used to ask for Sk700,000 (€17,839), they are now borrowing on average Sk800,000 (€20,388). Banks in Bratislava grant the most number of mortgages in the country. It is the region with the highest purchasing power.

According to Unibanka the mortgage loan market still has great potential. The share of mortgages in the EU makes up 68 percent of all loans. In Slovakia, mortgages make up 51 percent. Alternately, the Slovaks are among the least indebted in the EU: 11 percent, as opposed to 60 percent in the greater EU.

"Although the share of loans is similar, there is still reserve in the indebtedness," Bárta said.

Katarína Ševčíková, director of the communications department at Unibanka, had this to say:

"We expect that mortgage loans will remain one of the main engines of significant growth of loans to inhabitants. A mortgage loan is becoming a relatively advantageous tool for purchasing real estates - in many cases more advantageous than long-term renting."

Lazar from OTP thinks that interest in securing a mortgage loan to finance construction or the purchase of an apartment will continue. "With a scarcity of apartments and the growth of the public's purchasing power, many Slovaks will start to consider it."