YOU would like to buy a brand new apartment in a residential building. Since the only units available are those in the architectural draft stages, you find a developer with land and plans who is ready to build. 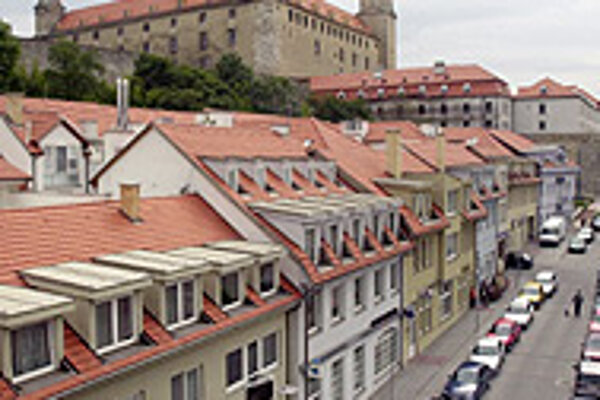 Font size:A-|A+0
YOU would like to buy a brand new apartment in a residential building. Since the only units available are those in the architectural draft stages, you find a developer with land and plans who is ready to build. The developer, of course, wants you to buy the flat in advance, even though construction is months away. You decide to purchase because you have no other option when it comes to buying a new apartment.

Several years ago this was the norm in Slovakia. Today, however, with the residential construction industry booming and competition among developers increasing, fewer buyers are finding it necessary to purchase in advance, let alone forward a down payment.

Developers that relied on advance payments to cover investment costs found themselves coming up short. Advance payments for residential units covered approximately one third of the overall cost to invest.

Banks spotted a great business opportunity in the developers' predicament. They could offers loans to make up for the shortfall. Consequently, the volume of bank loans to developers is higher than ever.

The cooperation between developer and bank benefits more than lender and lendee. Construction companies are enjoying the additional work, now that developers don't have to rely on fickle buyers. More residential buildings on the market means a greater demand for mortgages - a boon to both bank and buyer. Although the symbiotic relationship between bank, developer and buyer is mostly taking place in Bratislava, analysts expect the trend to catch on throughout Slovakia.

"Apartment construction in Slovakia is realized mainly through the private sector, whose projects are financially supported by banks. Now that developers and construction companies have easier access to finances, they can not only invest in more projects but also forego asking buyers to purchase in advance," Iveta Bachledová, the head of structural financing at Unibanka, told the press.

Táňa Hambálková, a spokesperson with VÚB, agreed: "It seems that the times when it was possible to finance construction only through advance payments are, apart from some exceptions, over. Clients [buyers] will be more demanding in choosing a suitable project and locale. At the same time, the market will offer greater variety to buyers.

"As a result, clients are paying in later phases of construction projects. Cooperation between developer, client and bank thus seems to be a suitable tool for getting apartment projects off the ground," she told The Slovak Spectator.

Eva Güttlerová, a spokeswoman with Slovenská sporiteľňa, says that this interdependent triad is the future of apartment construction. She expects that an increasing number of real estate agents will join in the process as well.

According to Unibanka's Bachledová, a bank does more than provide start-up capital for construction. It also assumes a developer advisory role and financial supervision of the project.

Hambálková from VÚB explained: "There are several advantages for the developer coming out of cooperation with the bank. The risk of not completing construction is reduced. Both bank and developer can take advantage of joint promotion.

"For example, a developer can leverage bank services to obtain certain advantages for clients. In general, apartments are more easily sold when they are partially or completely finished. This could mean a higher profit for a developer," Hambálková said.

Furthermore, a buyer is able to obtain a mortgage at more advantageous rates since the bank knows exactly what the residential investment consists of.

According to Bachledová, it is likely that buyers will be able to secure lower mortgage interest rates, as well as benefit from coordinated administration.

"A bank checks whether the loan is used for the determined purpose - construction of a residential house. Clients usually pay most of the sum when the house is ready and they literally own the keys to the new flat. Additionally, a bank does not require expert appraisal of the flat," she said.

"There are risks as in any other business project. However, we are trying to eliminate them through analysis and the correct structuring of transactions," Hambálková said.

She added that the only real risk in the project is a sudden drop in the real estate market or adverse legislation.

In 2004, 12,592 apartments in Slovakia were built, of which more than 11,000 were financed by the private sector. During the last few years, the number of finished construction projects has decreased. However, a mild increase in the number of new construction sites could mean an improving residential real estate market.