The classical joy in serious music

THE ŽILINA competition for young and talented European musicians is over and the jury is divided: international experts awarded the Music Critics' Prize to Latvian violinist Baiba Skride, but the public chose the event's youngest participant as its favourite, violinist Nemanja Radulovic from Serbia and Montenegro/France. 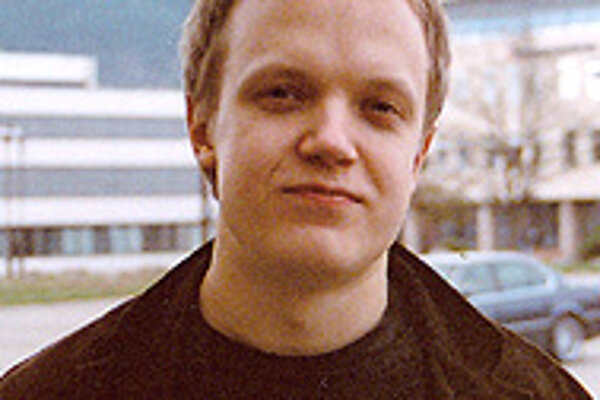 THE ŽILINA competition for young and talented European musicians is over and the jury is divided: international experts awarded the Music Critics' Prize to Latvian violinist Baiba Skride, but the public chose the event's youngest participant as its favourite, violinist Nemanja Radulovic from Serbia and Montenegro/France.

As every year, experts and lay people alike were captured by the freshness of spirit, energy and virtuosity of the young performers. Thirty-two-year-old Gabrie-la Miklošová, who rarely goes to classical concerts, already says that next year she will return.

"The event is pleasing not just to the ears but also the eyes. Until now I hadn't realized that I actually like classical music," she said, smiling.

Getting people to listen to classical music is the aim of the competition's organizers, as well as its participants. This aim, is, in fact, more important than the competitive aspect of the festival, the performers claim.

Among the star turns at this year's festival was the 25-year-old Finnish pianist Antti Siirala, one of the hottest young piano talents in the world. Siirala, who made his orchestral debut at seven, competed on the festival's last day.

An hour before his performance, the Finn spoke to The Slovak Spectator. Siirala appeared completely relaxed and chatted amiably, despite the gentle pleas of the orchestra's leader, Polish conductor Janusz Powolny, not to let himself be distracted so shortly before the performance. Siirala just laughed. He finished in second place along with violinist Nemanja Radulovic from Serbia and Montenegro/France.

It was amazing to see how Siirala's laid back, playful demeanour transformed into total absorption in music during the performance and how his passion made the piano sing.

The Slovak Spectator (TSS): You are one of the world's best piano talents. Where does your talent come from? Did you inherit it?

Antti Siirala (AS): [Laughs] Well, that's a difficult question. My parents are musicians [father is a pianist, mother is a violinist] so I come from a very musical family. This is helpful because they know what it is to be a musician. They can understand and give me advice when I need it. They are more sensible and also take things easier than non-musical parents. They never really push me to do anything.

TSS: You have won several international competitions, particularly the one in Leeds in 2003, which opened the door for you to play at this festival. What is it that the juries like about you?

AS: It's really hard to say these kinds of things about yourself, because you hear so many different comments. Somebody likes this and somebody likes that.

I've brought the same repertoire to various places and got completely different reviews. Somebody likes Robert Schuman the most and says that I performed him well. Somebody else finds Schuman not that great but he likes Ludwig van Beethoven. Another critic says that Schuman and Beethoven were not that great, but that Leoš Janáček was marvellous. In the end, it's very hard to know exactly what people appreciate. You simply have to dig deeper into music and find the answers there yourself instead of listening to other people's opinions.

TSS: If you were to explain to somebody who is not an expert on classical music what it is that makes your way of performing special, what would you say?

AS: I don't know if it's unique or special. But what I am trying to do is to get to know the works the best I can, to understand them at all possible levels. I simply try to understand the music.

TSS: Where did you study piano?

AS: In Finland mostly, and now I also have a teacher in Estonia. It's so close to Helsinki that I sail there in the morning and come back in the evening.

TSS: How different is this teacher's approach to that of the Finnish one?

AS: It is very different. We are talking about two different schools of playing. The Estonian teacher is more tied to the famous Russian [punctual] traditions, whereas the Finnish teachers tend to be somehow more liberal.

TSS: What music or composers do you like to play the most?

AS: It really depends and changes. I try not to specialize but to have as varied a repertoire as possible. Of course, I have projects that concentrate only on one composer, such as the Helsinki monothematic project of Beethoven's complete works [for solo piano] that I am working on. As a contrast to this I try to do very different things, like playing 20th century music, or Romantic music or just French composers, and so on. In this way you really go forward and develop.

TSS: Does your broad repertoire also include composers from this region - Czechs or Slovaks?

AS: At the moment I am playing [Czech] Leoš Janáček quite a lot.

AS: No... I cannot imagine that there are any famous Slovak composers.

TSS: You are now in the country. Maybe you will come across some?

AS: I haven't really had any opportunities to get to know Slovak music. But, why not? You know, the Edvard Grieg work I am going to play was agreed in advance. They did not ask me for anything Slovak.

TSS: Well, they might after the concert, after they hear you playing...

AS: [Laughs] That would be interesting.

TSS: Which piano players do you admire?

AS: I don't have any one idol, meaning one person who plays everything perfectly. I think the richness of this profession is that people bring different aspects and views to the music.

It's interesting to hear different people play the same piece. I can name you some of my favourite pianists, such as [Artur] Schnabel playing Beethoven, [Kristian] Zimmerman playing Chopin, but I don't have any one favourite for the entire repertoire.

TSS: We have just had a reality show, Slovakia Searches for a SuperStar, which was something like the American Pop Idol. There was a piano virtuoso, Richard Rikkon, who accompanied the finalists. How do you look at the commercial aspects of performing?

AS: I don't mind if somebody wants to go in this direction. But for me, playing the great composers, the great works, is what we do. If you try to make something commercial, something that everybody likes, it always has to be reduced, simplified. And we are doing quite the opposite, very complicated things.

TSS: Many people don't listen to classical music. What's your recipe for getting people to listen?

AS: I think people should be introduced to classical music the way it is, not by adding drums or dressing in funny costumes. It's not made to be something else. It's a profound music, which, when delivered in the [classical] way, is an amazing experience.