KOREA's biggest tyre manufacturer has chosen Slovakia as the recipient of its new Central European investment. Hankook Tire plans to invest Sk20 billion (€510 million) in a factory near Nitra. The announcement confirms a rumour leaked to the press in April. 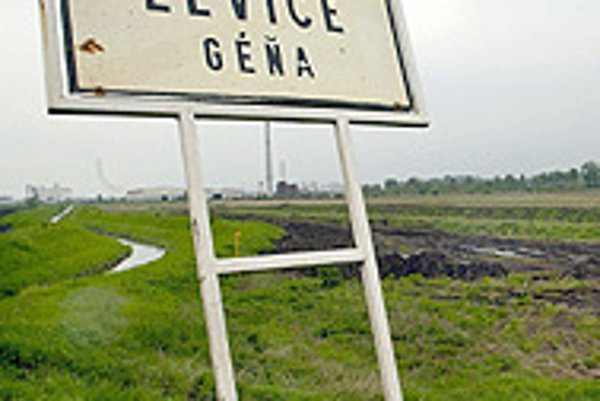 Font size:A-|A+0
KOREA's biggest tyre manufacturer has chosen Slovakia as the recipient of its new Central European investment. Hankook Tire plans to invest Sk20 billion (€510 million) in a factory near Nitra. The announcement confirms a rumour leaked to the press in April.

Hankook Tire selected Slovakia as the site of its future investment over Hungary and Poland. It is the second significant foreign investment that Poland has lost to Slovakia. The first was when Korean carmaker KIA Motors decided to build a manufacturing plant near Žilina.

While the Hankook Tire investment is expected to support the local economy and create jobs, it could cost the Slovak government as much as €100.5 million in investment incentives.

Hankook Tire joins an automobile industry in Slovakia that includes PSA Peugeot Citroen, KIA Motors, Volkswagen and Getrag Ford. Slovakia has become an industry superpower in terms of produced cars per capita as well as the concentration of other car industry-related manufacturers.

The Korean firm plans to invest Sk20 billion (€510 million) in Levice in Slovakia's Nitra region. It tentatively promised to create 1,600 new jobs - a relief for the region, which suffers from high unemployment.

"One of the main conditions of Slovakia was that the Hankook investment help solve the region's high unemployment and push the region towards faster development," Economy Ministry spokesperson Maroš Havran told The Slovak Spectator.

Local officials expect the investment to boost employment and lower the jobless rate in the district.

Ladislav Kollár, head of the Office of Labour, Social Affairs and the Family in Levice, told the news wire TASR that the Hankook investment alone could push down joblessness from the current 16.2 percent to 14.4 percent.

Analysts assume the Hankook plant will attract subcontractors, resulting in the additional creation of jobs.

With this investment, Hankook becomes the third biggest greenfield investor in Slovakia after PSA Peugeot Citroen and KIA Motors.

Economy Minister Pavol Rusko confirmed that the KIA investment helped the country win the tyre manufacturer's favour. However, negotiations were not easy. According to ministry officials, Hankook wanted to make sure that its arrival in Slovakia would be profitable in the long run. Negotiations lasted four months.

The Slovak government has promised to complete the highway connection between Nitra and Hronský Beňadik in 2009, and build a speedway between Hronský Beňadik and Levice by 2010.

Hankook will start construction in Levice in the first quarter of next year. Production should start in 2008. The industrial part of the plant will require 52 hectares of land.

Minister Rusko is expected to prepare the investment contract by the end of the month.

According to Rusko, the stimuli package includes tax allowances and a direct cash grant.

Under EU regulations, an investment stimuli package should not exceed 15 percent. Havran told The Slovak Spectator: "We are not in a position to influence or lobby. This [the maximum investment stimuli volume] is up to Brussels. We offered what we could. If Brussels says it must be less, we will have to lower it. The investors are aware of it and they have agreed - they faced the same limitations in Hungary and Poland. They know very well the Brussels rules. If Brussels says it will be 15 percent, it will be 15 percent."

The industrial park in Levice is ready for Hankook Tire to start construction; all plots have been settled.

In its bid, the Polish Agency for Information and Foreign Investments pointed out the problems that Korean carmaker KIA has had with its investment in Slovakia.

"The minister has several times stressed that the situation [problems with purchasing the land for the KIA site] will not get repeated. At that time we did not have a suitable industrial park to offer the investor and we had to improvise. This time we offered the Koreans one of the best prepared industrial parks we have in Slovakia with complete infrastructure," Havran told the Spectator.

Poland said it could offer a state aid incentive package worth €46 million to the Korean investor.

The investment announcement has had a positive influence on the financial markets. After Hankook Tire made its selection public, the Slovak crown slightly firmed by approximately 40 hellers on May 4.

"It is a good signal not only for other investors and Slovakia's continuously improving image abroad , but most importantly because it will create new jobs. It is another sub-supplier for the automotive industry, it is an investor oriented at exports, which will strengthen Slovakia's trade balance," Miroslav Šmál, analyst with the Poštová Banka, told The Slovak Spectator.

Some question whether it is healthy for Slovakia to be overly reliant upon the automotive industry.

"At this point Slovakia does not have much choice in which investor to accept and which investment to turn away. Hankook is a tyre producer, which can supply tyres for numerous auto producers, so the risk of one-sided orientation will be lowered," Šmál said.

Hankook, which is a strategic partner for tyre producer Michelin, supplies the companies Ford, Renault, Volvo, Volkswagen, Opel and Daihatsu.

Hankook Tire - the biggest South Korean producer of tyres and among the ten biggest producers of tyres worldwide - will compete with Slovak producers Matador Puchov (tyres for personal cars) and Continental Matador (for cargo cars).

Matador spokesman Dušan Koblíšek, however, said that his company is open to cooperation with the new player.

Koblíšek also told daily Pravda that "that it is worth considering whether it is advantageous to bring into the country an investor that creates 1,600 jobs for such high incentives."Economy Minister Rusko responded that the government is ready to support Slovak firms in the same way if they decided to invest Sk20 billion in the country.

Magdalena MacLeod and
Marta Ďurianová
contributed to this report.