THE WORLD's biggest passenger jet, the luxurious two-storey Airbus A380, offers in-flight services such as spa treatments, a cocktail bar and hair salon. Despite being powered by four Rolls Royce Trent 900 engines, however, the aircraft has nothing on the budget airlines operating in Slovakia. 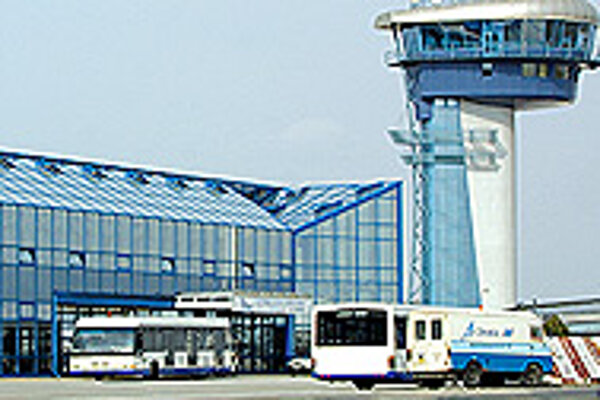 Font size:A-|A+0
THE WORLD's biggest passenger jet, the luxurious two-storey Airbus A380, offers in-flight services such as spa treatments, a cocktail bar and hair salon. Despite being powered by four Rolls Royce Trent 900 engines, however, the aircraft has nothing on the budget airlines operating in Slovakia.

Forget double beds and on board casinos. The budget airliners that fly regularly in and out of Slovakia's airports offer next to no service, but they have managed to secure nearly 50 percent of the country's market share.

SkyEurope, the first budget airlines to operate out of Slovakia and the only one with a domestic hub, posted impressive growth in 2004. The company sold more than one million tickets and carried approximately 955,000 passengers to about 20 destinations worldwide.

SkyEurope's year was so good, in fact, that it decided to increase its share capital by €10 million and buy four new planes, increasing its fleet to 17.

While SkyEurope initially enjoyed its position as the only budget airline serving Slovakia, the business environment changed last year when EasyJet flew onto the scene.

British EasyJet has been offering budget air transportation to European passengers since 1995. In last 12 months, the company significantly expanded its market presence, growing its annual passenger numbers by 29 percent.

In November last year, EasyJet launched scheduled flights between Bratislava and London. According to EasyJet's marketing manager Yannis Capodistrias, this route's success has exceeded all their expectations.

Ľubomír Palčák, general director of the Transport Research Institute, told The Slovak Spectator that SkyEurope and EasyJet mostly have Slovak businesses to thank for their boom year.

"The large increase in air travel is directly linked to Slovakia's development and its entry into the European Union, as well as the development of its business environment and industry," Palčák said.

The director suggested that that the trend of budget airlines in Slovakia will continue to grow because the buying power in Slovakia is weaker than more established EU member countries.

So weak is the buying power that the market is making room for another budget airline. Irish company Ryan Air announced it would expand its flights further East beyond Austria to Slovakia as well as to the neighbouring countries of the Czech Republic, Hungary and Slovenia.

"We expect the growth of the Austrian market to level off, therefore we want to develop in neighbouring countries," said Ryan Air's chief marketing and sales officer, Sinead Finn.

Austria increased the security fees at its airports from €4.36 to €8 per passenger, thus making it among the most expensive airports in Europe. Only France and Denmark have higher cumulative taxes.

Analysts say competition between budget airlines is healthy and that the Slovak market can absorb another player. "Surely, there is a space for another budget airline to enter the [Slovak] market. A certain reshuffling of market share will likely take place, but the increase of the number of passengers will be relative to automobile industry development and increase in foreign investment projects," said Palčák of the Transport Research Institute.

Competition between budget air carriers is no walk through the rose garden. SkyEurope, EasyJet and Ryan Air will have to re-evaluate their services on a monthly basis.

EasyJet made a strategic decision to cancel its Bratislava-Berlin route starting April 12, only a few months after introducing it in November of 2004.

"EasyJet did not manage to attract a high enough number of passengers to ensure long-lasting service on this route," said Capodistrias. Despite very low ticket prices, the route only flew at 40 percent capacity, compared to 83 percent capacity the company operates on average.

According to Elena Knopková of SkyEurope, budget airlines are a completely different beast. She told The Slovak Spectator: "These are two separate spheres of business. Each has its specifics, which means specific clients are targeted with specific services.

"The main difference between low-cost and standard airlines lays in the fact that low-cost carriers provide a service connecting two specific places without additional services and connections. Traditional airlines offer the so-called hub-and-spoke services, which include connecting flights often through busy hubs."

Knopková added that the advantage of the low-cost model is that the airplane "spends more time in the air" and less time loading and unloading and preparing for take off and landing.

Transportation experts say traditional airlines will also have to consistently re-evaluate the way they do business. Trends show that the gap between ticket prices and on board services is narrowing.

One of the largest traditional airliners, German company Lufthansa, is trying to reduce ticket costs by increasing online ticket sales. The corporation is also considering new ways of pricing, thus increasing its competitiveness with budget airlines. The director general of Lufthansa, Wolfgang Mayrhuber, wants to decrease the airline's expenditures by €1.2 billion by the end of next year.

Other traditional airliners are decreasing their costs when possible. Last year, most of European airline corporations reduced catering and other services to economy class customers. Passengers are starting to expect a minimum amount of service on all standard aircraft, not just budget airlines.

One thing is certain. As long as SkyEurope offers flights between Bratislava and Košice for Sk190 (€4.80 excluding airport taxes), bus and train services better start considering what they can do to compete.