SPAS and travel agents can significantly increase tourism by working closely together. Done right, it is a mutually beneficial relationship: On the one hand spas get a greater number of guests to splash in their waters and roll in their mud; on the other hand, travel agencies add interesting destinations to their portfolios. 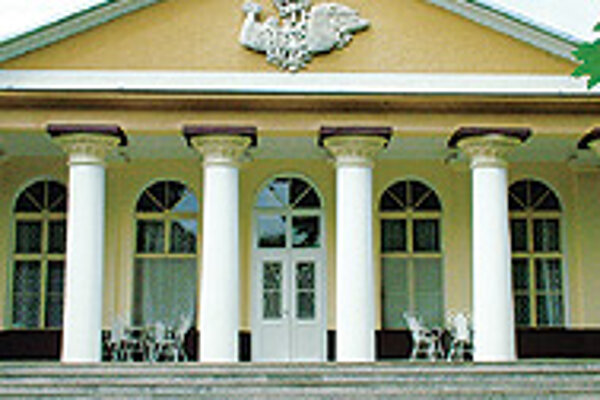 Font size:A-|A+0
SPAS and travel agents can significantly increase tourism by working closely together. Done right, it is a mutually beneficial relationship: On the one hand spas get a greater number of guests to splash in their waters and roll in their mud; on the other hand, travel agencies add interesting destinations to their portfolios.

Some of Slovakia's larger spas, which have a tradition of serving foreign clientele, have already realized that strategic partnerships with travel agencies are a key to unlocking their commercial potential. Many other spas, however, have been slow to jump on the bandwagon.

Tourism experts believe that Slovakia's professional, affordable spas can be marketed here and abroad. The proof is in the pudding. The industry has seen a rise in interest from foreign tourists, so much so that some Slovak travel agencies specialize in spa sojourns. Ján Valko, executive of the Sunflowers agency, which operates mainly through the Internet, thinks travel agencies can help promote smaller and lesser-known spas. Although agencies like Sunflowers do not have a large budget for promoting the spas, they can make the spas more visible.

"Cooperation between spas and travel agencies will deepen. Spas have a greater chance of promoting themselves through travel agencies. They are able to address a much wider potential clientele," Valko told The Slovak Spectator.

Valko is convinced that competition between travel agencies operating in spa tourism will sharpen and have a positive impact on both prices and the quality of service at the spas.

On the other hand, Tomáš Hasala, an executive at the largest online booking agency, Limba, which specializes in Slovak holiday resorts, says the share of customers interested in spa stays is minimal. Hasala believes the situation will change in the future.

"We sell such stays but the share is minimal. However, spa tourism as well as cooperation between travel agencies and spas has great potential, not only in Slovakia but the whole of Central Europe. I believe this business will grow, a trend that is already becoming more visible.

"One reason is that living standards will rise and the number of paying customers will grow. Also, Central European spas are cheaper compared to Austria and Germany, and the level of healthcare service is high," Hasala said.

Valko from Sunflowers agrees that spa tourism has great potential and he is beginning to notice growth.

"Spas offer a specific type of product focussed on relaxation but also the treatment of various diseases that afflict people as they get older.

"We can see that Slovak clients' [those paying the full price of their stays] and foreign clients' interest in Slovak spas is increasing. They are attracted mainly by the healthcare and natural conditions," added Valko.

According to Sunflowers, foreign clients mainly come to get special treatment. On average, they spend 14 to 21 days in Slovak spas. Slovak and Czech clientele favour mainly relaxation and wellness stays, but weekend stays are also quite popular. The average length of stays by locals ranges from three to seven days.

Valko considers Slovak spas' biggest advantages to be the natural conditions, their long history and the personnel's professional knowledge and experience in treating particular ailments.

He added: "The positive results of treatment is what mainly attracts foreign clients to our spas. The price is also a factor. It is significantly cheaper than in Western Europe for a comparable quality of service."

Nevertheless, Valko did admit the lack of foreign language and service skills can be a problem.

But, he added with emphasis: "I have been working in spa tourism for five years and I have to say the quality of spa services in Slovakia has risen several fold in that period. I think that Slovak spas hesitated too long in switching to paying clients and they were too reliant on social and health insurers. It might have significantly slowed down their development."

Valko is confident that the growth trend will continue although he stressed that that was dependent on certain factors.

"There is very dynamic growth in the share of foreign clients. The share of foreign or full paying Slovak guests is around 80 percent in some Slovak spas. It is a similar situation to that in the Czech Republic and other East European countries.

"I think that the trend will continue but only under the condition that spas continue improving the quality of services because just a good price is not enough."

He expects that treatment stays for foreign clients will dominate although the demand for wellness and relaxation stays (for 3 to 7 days) is also increasing.

And the larger Slovak spas appreciate the partnerships they are forming with travel agencies.

Jana Obertová, public relations manager of the Piešťany spa said the company has about 300 travel agency partners worldwide. "Travel agencies represent the most important distribution channel and they mediate the sale of stays for about 60 percent of our guests. We are continuing this policy in new markets and strengthening our position in our main strategic market - Germany," she said.

Ivana Labudová from the marketing department of the Rajecké Teplice spa near Žilina added: "We cooperate with many travel agencies in Slovakia, the Czech Republic, Poland, Germany and Austria. The cooperation is developing, and there are also new travel agencies specializing in spa stays.

"Spas can promote themselves in travel agency catalogues and make themselves visible to potential clients. From a travel agency's perspective it has a good product to offer and its rating grows. It's a win-win situation for all concerned."