SLOVAKIA is rich in the thermal and mineral waters needed to create good spas. Many of these have existed for centuries, others developed relatively recently. The spas today specialize in treating certain diseases and disorders. But they're also great for a wind down from the pressures of work and city life. 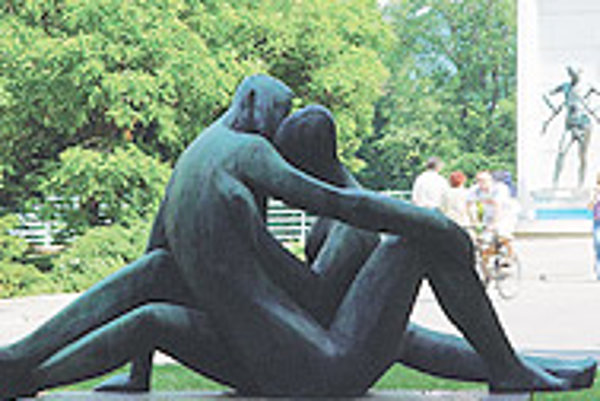 SLOVAKIA is rich in the thermal and mineral waters needed to create good spas. Many of these have existed for centuries, others developed relatively recently. The spas today specialize in treating certain diseases and disorders. But they're also great for a wind down from the pressures of work and city life.

Slovak spas cater to people suffering from problems with movement, neurological disorders, skin diseases and women's diseases. Below we take a look at some Slovak spas, giving a brief history and an overview of the curative waters and diseases treated there.

History: The first written evidence of a spa in Bardejov appeared in 1505. During the 19th century it became a major spa, catering to the Austro-Hungarian, Polish and Russian aristocracies. The spa was visited by prominent personalities such as Russian tsar Alexander I, Napoleon Bonaparte's wife Marie-Louise and Austro-Hungarian Empress Elizabeth (Sissi).

Location: The southern part of the Nízke Beskydy mountains, about 4 kilometres from the town of Bardejov.

History: The history of Bojnice spa is closely connected with the history of its castle. The first written evidence about Bojnice's thermal waters appeared in 1113. Between the 17th and 20th centuries the Pálfy dynasty owned the spas. The dynasty built a modern European spa used mainly by the Austro-Hungarian aristocracy. The modern history of the spa started in the 1930s when Jan Baťa (of the famous shoe company) owned the spa.

History: Archaeological findings prove that Roman soldiers bathed in travertine surface openings. The thermal waters in Dudince come from one natural lake deep under the surface. This is called the Roman bath. The

Koháry family were the first known owners of the spa in Dudince. The main development of the spa took place mainly in the 1970s.

History: The Kováčová spa began when thermal waters were found by accident in 1898 while searching for coal. Entrepreneurs bought the spring and established a small spa here.

Healing source: The spa's mineral spring produces 6,000 litres per minute of medicinal water, which contains disulphate-hydrogencarbon, calcareous-magnesium, is hypotonic and has a temperature of 48.5 o C.

History: In 1761, Adam Turjanský built the first spa building. Prešov physician Dr Vietonis made the first chemical analysis of the springs. In the middle of the 19th century, the first spa house was constructed. The spa

experienced a spurt in development after 1948.

Healing source: The success of treatment is hidden in the specific chemical composition of the natural springs.

The water is characterized as healing gesso-earthy carbo-

nic water with a tempera-

Treatment: It is the only spa in Slovakia that specializes in women's diseases.

History: The first written evidence of the spa appeared in 1549. There is also other written evidence describing the extraordinary curative effects of the warm waters. However, at that time the owners of the spa, the Thurzo family, showed little interest in developing it. Later, the Erdödy dynasty started to build a spa village. The spa experienced its fastest development after the Winter family rented it at the end of the turn of the 19th century. The second major expansion of Piešťany spa came in the 1960s and 1970s.

Healing source: The natural therapy is based on using thermal gypseous sulphide waters and the famous sulphur thermal mud.

History: The first written evidence describing thermal springs in the location of Rajecké Teplice dates from 1376. The first buildings using thermal waters were constructed 300 years later. The large modernization of the spa was undertaken in 1925.

Location: The spa is in the valley of the little river Rajčianka in northwestern Slovakia, 15 kilometres from Žilina.

History: The spa was first mentioned in writing in 1551. The village of Smrdáky got its name from the typical smell of hydrosulphide in healing natural water. Skin diseases started to be healed here after the World War II.

Healing source: Sulphur, salty, iodised mineral water with a temperature of about 12 o C has and high content of mineral salts. The high level of hydrosulphide in the healing water is exceptional not only in Slovakia, but also in Europe. Apart from the waters, there are also deposits of soft sulphur mud healing skin diseases.

History: Climatic spa Štrbské Pleso with an altitude of 1,346 metres is the highest placed spa in Central Europe. The spa was established in 1877 when the first healing procedures were provided (warm bath and dwarf pine bath). In 1884 Štrbské Pleso was declared a climatic spa.

Healing source: The core effect of treatment lies in the mountainous, alpine-like climate with more than 2,000 hours of sunshine.

History: The thermal springs in Trenčianske Teplice were first mentioned in 1242. Thomas Jordan of Klausenburg wrote the first expert report on the spa in 1580. The aristocratic Illesházy family owned the spa from 1594. In 1835, a Vienna baron, Juraj Sina, bought the spa.

Location: Western Slovakia, in the valley of the small Teplička River, under the slopes of Strážovské vrchy mountains.

History: Written evidence of the spa appeared in 1549. In the 17th century the spa was a favourite with the Hungarian and Polish aristocracy. The spa experienced its greatest fame at the turn of the 19th century (the natural swimming pool is from this period).

Location: Under the slopes of Spišská Magura mountain, near the High Tatras, Eastern Slovakia.

Healing source: Very mildly mineralized hydrogen carbon, calcareous-magnesium waters with the temperature of 21 o C at the spring level. The climate is also healing because the spa is at an altitude of 640 metres.