REAL estate and art are the two commodities said to be the most profitable for investors. The return on a relatively low initial investment can reach astronomical sums. The Slovak art market, though, still lingers far behind when it comes to the latter. 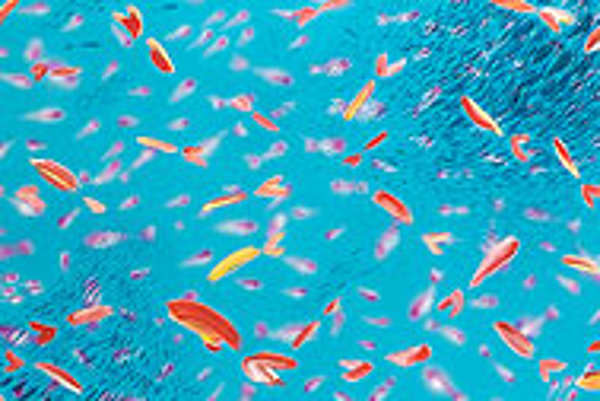 Font size:A-|A+0
REAL estate and art are the two commodities said to be the most profitable for investors. The return on a relatively low initial investment can reach astronomical sums. The Slovak art market, though, still lingers far behind when it comes to the latter.

Apart from one or two exceptions, there are no private galleries or institutions that regularly inform possible investors about developments on the local contemporary art market. This is despite art experts seeing real potential in doing so.

"There's a general saying that the Slovak art collector is passive, a 'homebody', but that's not true. Slovak collectors want to invest but lack the information as to where," said Ján Abelovský, executive director of SOGA auction house.

Abelovský explained that artists themselves are partly responsible for the lack of vitality on the market because of complacency following the events of 1989. The artists did not come to any agreements with institutions to help them present their work to potential buyers.

The SOGA auction house took on the educative role in 2003. For two years, it has held auctions of contemporary Slovak art together with the Centre for Contemporary Art Foundation. The intention was to introduce possible investors to what they can find on the local art market and how to find their way through it. The auction, and making money, was secondary.

SOGA could not sustain the charitable role indefinitely, so this year it has decided to run the auction purely on commercial grounds.

"This auction's success will be measured by common mathematical, commercial principles," Abelovský said. "It will be a standard auction."

Last year's auction generated Sk1 million (€25,000). This year the organizers expect twice as much. The reason behind the increase is the dropping of the charitable role. Knowing the artists will earn 80 percent of the money from the auction tempted them and the organizers to offer better, more saleable works.

This selection has been influenced by the public's preference for paintings rather than installations, though many forms of art are represented.

"Slovak artists are beginning to learn the principles of how to survive in the commercial world," the director said.

They will exhibit/auction 148 works in total, including paintings, sculptures, graphic artworks, jewellery, installations and prints.

"The auction does not show only the newest trends, it also points to the groundwork the latest works grew out of," Nina Gažovičová from SOGA said.

She explained that gradually a healthy core of about 70 artists is being formed. "Of course, we don't hold back from new names," she said.

Abelovský thinks that a painting by young artist Michal Černušák, entitled Shopping will attract the most bidders. The aquarium-like acryl painting has a reserve price of Sk16,000/€400 and many visitors have already shown interest. Last year, the surprise was Priehľad krajinou, a painting by 24-year-old Juraj Kollár, which climbed from Sk38,000/€950 to Sk70,000/€1,750.

"An inspiration such as that gives us a good reason to support contemporary art," Abelovský said, adding that there are more auctions of contemporary art planned this year in Slovakia.