The Spiš Museum in Levoča, in cooperation with the Slovak National Museum in Martin and the Slovak Film Institute in Bratislava, presents an exhibition lyrically entitled Karol Plicka, The Poet of the Picture. 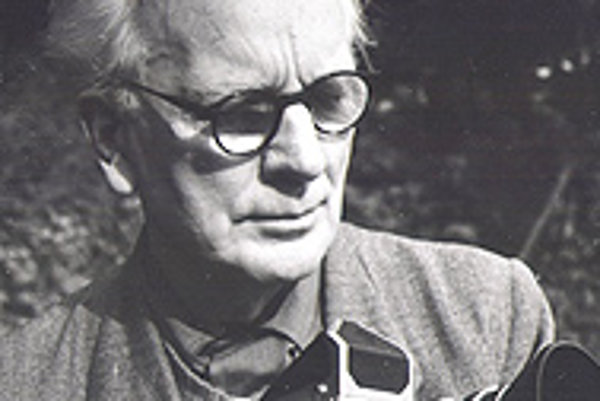 Font size:A-|A+0
The Spiš Museum in Levoča, in cooperation with the Slovak National Museum in Martin and the Slovak Film Institute in Bratislava, presents an exhibition lyrically entitled Karol Plicka, The Poet of the Picture.

The exhibition is a remarkable record of life in Slovak villages in the first half of the 20th century. The author's poetic vision of real life, so typical of his photographs and films, records moments in the private and social lives of Slovak peasants, shepherds and woodcutters against the backdrop of the magnificent Slovak landscape.

Despite this being a rather small display (40 photos) the exhibition is representative of the artist's oeuvre. The major part is an ethnographic record of villagers from various Slovak regions dressed in typical folk costumes.

Plicka captures the peasants in their working clothes as well as dressed up for festive occasions. The pictures offer visitors both an aesthetic experience and insight into the clothing worn in village communities. They are works of art as well as historical documents.

Plicka plays with shadow and light and offers the same subjects shot from different perspectives. The works are a testament to the powerful expressiveness possible in black-and-white photography.

Plicka also photographed works of great significance in Slovakia, such as the wooden carvings by Master Paul of Levoča, and other monumental pieces.

This part of Plicka's work can be found in publications such as the 1969 collection, Spiš. In 1980, the Osveta publishing house in Martin released his last publication, Levoča.

Children and children's games had a special place in Plicka's work. His portraits of children capture their vivacity in looks, mimics and gestures. This is a feature not only of his photographs but also his films, for example his well-known The Earth Is Singing from 1934.

Screenings of the film are also included in the current exhibition.

The display of Karol Plicka's photographs is a part of the collection of the Slovak National Museum in Martin. The current exhibition runs at the Spiš Museum in Levoča, in the Visual Arts in Spiš section until June 21.