FOR Slovak hockey fans in the Austrian capital for the Word Championship, a visit to the Looshaus in central Vienna offers a chance to take in another Slovak success story: its design. 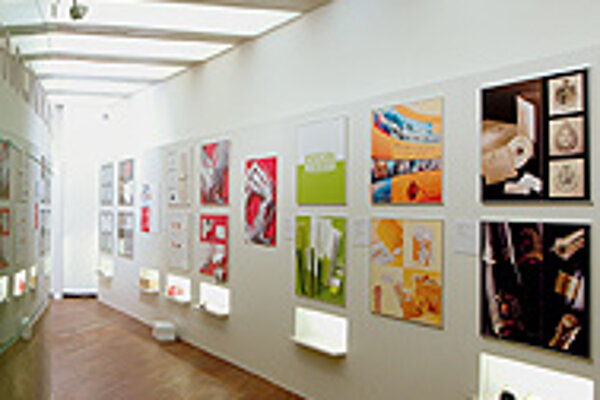 Font size:A-|A+0
FOR Slovak hockey fans in the Austrian capital for the Word Championship, a visit to the Looshaus in central Vienna offers a chance to take in another Slovak success story: its design.

Entitled Design: Slovakia: 05, the exhibition tells the "successful stories of Slovak firms, personalities and talents" until June 4. It displays the best that has been designed on the Slovak scene over the past five years.

"It's the first detailed presentation of Slovak design abroad since the establishment of the Slovak Republic," say the organizers of the exhibition, curated by Ľubica Fábri from the Design In agency.

The Looshaus, one of Vienna's architectural jewels, was built in 1909 for the tailor's Goldman & Salatsch. Visitors can admire various industrial and graphic designs by around 20 Slovak artists while the exhibition is in town.

The exhibition focuses on an array of creative products, ranging from furniture and utilitarian glass items to mechanical devices and machines.

A special section is dedicated to the visual presentation of companies and institutions: Bratislava's new logo, corporate restaurant designs as well as graphic designs for international events such as the Bratislava Biennial Illustration.

Other industrial designs in the exhibition are by Peter Bohuš, Ivan Čobej, Jakub Janiga and Bendis & Kierulf. Among the well-established graphic designers one can find works by Vladislav Rostoka, Rastislav Uličný, and Ferino Bakyta.

According to the organizers, the way society has developed since 1989 and the current state of Slovak industry do not provide optimal conditions for designers.

Despite that, the start of the 1990s saw the establishment of small design firms, which found success at home and abroad. The upholsterer Domark, the heater designer Hakl and the refrigerated display window producer Pastorkalt are three of the prominent successes.