THE SLOVAK parliament smoothly ratified the European Union Constitution, which makes plurality, tolerance and justice the main values of the union. Slovakia is the seventh of the 25 EU member countries to approve the document. 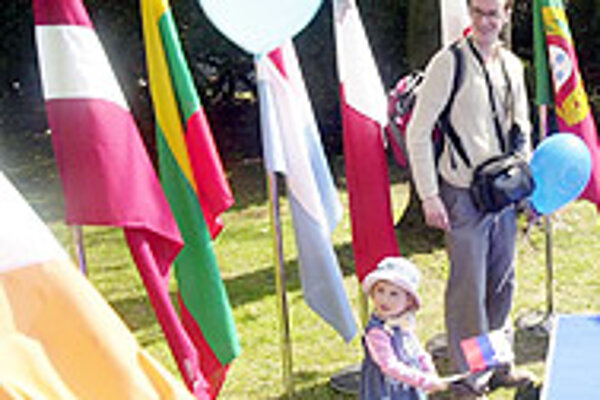 Font size:A-|A+0
THE SLOVAK parliament smoothly ratified the European Union Constitution, which makes plurality, tolerance and justice the main values of the union. Slovakia is the seventh of the 25 EU member countries to approve the document.

Out of 150 members of parliament, 116 deputies voted for ratification. One ruling coalition party, the Christian Democratic Movement(KDH), three independent MPs and one party belonging to the opposition, the Slovak Communist Party (KSS), voted against the constitution.

Prime Minister Mikuláš Dzurinda said that the constitution was an acceptable compromise for Slovakia. "We have made one of the most serious decisions of our careers," Dzurinda said after the vote.

Though experts believe that the text of the constitution is not ideal, they are of the opinion that Slovakia has managed to maintain autonomy on important issues, such as tax policies.

The prime minister thanked all parties that voted for the adoption of the constitution.

Speaker of Parliament and KDH Chairman Pavol Hrušovský stood firm in his rejection of the constitution. "The draft constitutional agreement lacks democracy, Christianity and honesty," he said.

The KDH boss objected that Slovakia could not influence the wording of the constitutional agreement at any point during its creation.

"Likewise, this parliament will have zero effect over most of the decisions that the European bodies in Brussels choose to adopt," Hrušovský said.

The KDH chairman continued: "To summarize, the constitutional agreement means that there will be a much longer road from Bratislava to Brussels than before."

In his parliamentary speech, Hrušovský said that the approval of the constitution would further weaken the sovereignty of EU member countries, and it would further erode Slovak interest in EU issues.

Hrušovský's opinion was in the minority. At one point, a deputy from the coalition party, Movement for a Democratic Slovakia (HZDS), called on the speaker of parliament to resign.

Even HZDS boss Vladimír Mečiar said he would welcome the rise of the "United States of Europe".

"I would like to live to see that rise, though I do not think it will happen in 10 years," said the opposition politician. Just a few years ago, Mečiar was strongly criticized by EU institutions.

The HZDS told The Slovak Spectator that it has always held European integration as a priority in its party programme.

"It was clear from the very beginning that the HZDS would not have any problem ratifying the document," HZDS spokesman Igor Žvach told the Spectator.

"Of course there are differing opinions, but really we have to start somewhere and any document is better than no document," said Žvach.

The Foreign Ministry considers the adoption of the EU Constitution another step towards Europe's unification. However, Foreign Affairs Minister Eduard Kukan admitted that Slovakia did not manage to push through all of its demands. He added that the rest of the 24 EU members faced the same problem.

Minister Kukan said that opponents of the EU Constitution base their objections on unfair arguments.

The European Commission welcomed the Slovak vote and said it was an "important step" towards the adoption of the treaty.

Austria voted to ratify the document as well. All 183 members of parliament save one voted for the EU Constitution.

The Slovak Communist Party is the region's strongest opponent of the EU constitution. "The agreement pushes through neo-liberal policies, which means privatization, deregulation of prices and limiting the role of the state in social issues," the KSS said in a statement sent to The Slovak Spectator.

"The constitutional agreement paves the way for the militarization of the EU and the use of military aggression beyond the EU's borders in the name of fighting global terrorism," the Slovak Communists said.

The Slovak public is largely indifferent towards the issue of the EU Constitution. Sociologists and political scientists blame Slovak politicians for their failure to seriously address the crucial issues linked to the constitutional agreement.

However, Ivo Samson a policy expert with the Research Centre of the Slovak Foreign Policy Association, told The Slovak Spectator that people's knowledge of the EU Constitution in other EU member countries, including Austria and Germany, is equivalent to the average Slovak citizen's knowledge.

"I will say, however, that the public's minimal interest and knowledge about the EU Constitution is because it is a legal text. Even if it does not have overly complicated language, it is not very easily digestible to the majority of citizens," Samson told the Spectator.