FOR THE FIRST time in Slovakia's history, a member of parliament was sentenced to jail on a bribery charge. On May 9, the Banská Bystrica district court found Gabriel Karlin guilty of accepting a Sk500,000 (€12,950) bribe. 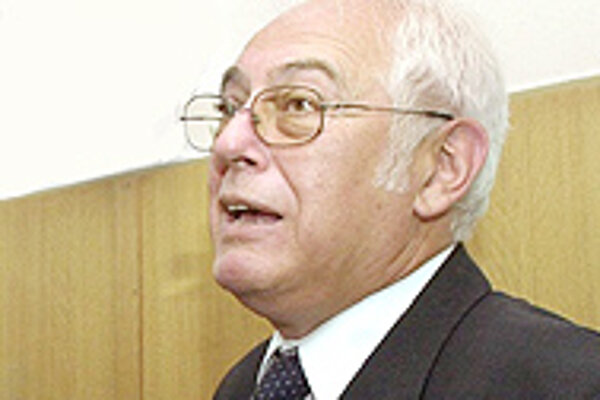 Font size:A-|A+0
FOR THE FIRST time in Slovakia's history, a member of parliament was sentenced to jail on a bribery charge. On May 9, the Banská Bystrica district court found Gabriel Karlin guilty of accepting a Sk500,000 (€12,950) bribe.

Karlin, a legislator from the opposition party, Movement for a Democratic Slovakia (HZDS), was sentenced to one year in prison. The verdict is not yet effective, however, as Karlin has appealed the case.

Surprisingly, the state prosecutor also plans to appeal the case. Milan Mráz, Karlin's alleged accomplice in the corruption affair, was freed from facing charges after the Banská Bystrica district court cited a lack of evidence. Mráz is the head of the Banská Bystrica regional office.

According to the district court senate, Karlin will also have to pay a Sk100,000 (€2,590) fine in addition to his jail sentence. Failure to pay the fine would increase his time in jail by another year.

The court ruled Karlin guilty of accepting a bribe from local businessman Juraj Hromada in November 2003. Hromada handed over the money in Karlin's party office in Banská Bystrica. In return for the money, Karlin was expected to persuade Mráz to award Hromada a municipal construction contract for a school gym in Žiar nad Hronom.

Karlin said the money was meant for Mráz. Later he changed his testimony and said that he only wanted to verify alleged corruption practices at Mráz's office.

As evidence, the court heard a tape in which Karlin asks Juraj Hromada for the bribe. At that time, Karlin claimed the money was for Mráz.

The bribery conviction caused a stir not only among Karlin's fellow legislators from the HZDS but also among the general public.

According to Justice Minister Daniel Lipšic, the conviction of a high-level official is a signal to the Slovak public that the justice system is "not only going after small fish" when it comes to bribery.

Slovakia recently introduced several new legal tools to help fight corruption, including the use of secret agents. In Karlin's case, Hromada acted as a secret agent, posing as an unscrupulous businessman but cooperating with police all along.

According to Lipšic, the verdict against Karlin is a "challenge to parliament to stop putting barriers against tools that serve to uncover corruption".

"If we want to convince people that fighting corruption is inevitable; if we want people to work with us on that, then politicians have to start with ourselves, not with words but with deeds. In the case of MPs, deeds are their votes," he said.

It is unclear what the HZDS will do with Karlin. Although he was temporarily replaced in parliament during his court proceedings, he has retained his post thus far.

The day after the court verdict was announced, HZDS spokesman Igor Žvach told The Slovak Spectator, "At this point it is too early to say what will happen next."

According to HZDS statutes, the party can cancel an individual's membership only when a court verdict becomes effective. The appeals process will delay the verdict.

Richard Fides, the Justice Ministry's spokesman, said that the appeals court could issue a verdict soon, however.

If the verdict is confirmed and takes effect, the HZDS would most likely expel Karlin from the party.

"Then it is no longer an issue of any internal pressures or anything else. The party would be acting according to its statutes," said Žvach.

The party spokesman admitted that Karlin's conviction is unwelcome PR for his party. "Every case like this does nothing good to the reputation of any party. As I said, however, the case is far from closed."

Emília Sičáková-Beblavá, the president of Transparency International Slovakia, said the Karlin case sends the country's first signal that top officials "are not invincible in terms of corruption".

"It is definitely a positive signal towards the citizens, although there is still the issue of Mráz, who escaped unpunished."

She also said that changes to Slovakia's legislation designed to fight corruption, such as the allowance of secret agents, were paying off.

"The question is, however, how effective these tools can be in fighting larger-scale corruption, which often operates in much more sophisticated ways," Sičáková-Beblavá said.