WHEN it comes to electronic music, Western Europe has always held on to the global spotlight. Across Eastern Europe, on the other hand, musicians have had a hard time getting the world's attention, almost as hard a time as they have had achieving success at home. 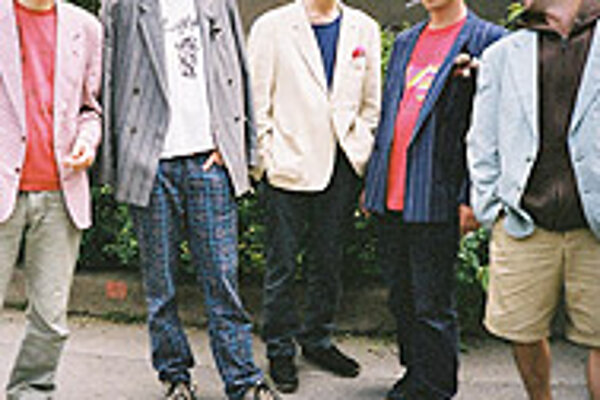 Font size:A-|A+0
WHEN it comes to electronic music, Western Europe has always held on to the global spotlight. Across Eastern Europe, on the other hand, musicians have had a hard time getting the world's attention, almost as hard a time as they have had achieving success at home. Yet despite their difficulties, members of the buzzing eastern electronic underground are optimistic; the countries here have been playing catch-up with the west for the past 15 years, and are slowly winning.

For now, however, times are still tough. After the fall of communism in 1989, economic and cultural life was in chaos and had to be built anew. The musicians of Eastern Europe still find it hard to get real support, let alone build markets for their music.

According to Daniel Kordík, a member of the duo Jamka that works with Urbsounds, Slovakia's most high-profile experimental electronic collective, "everyone's heads turned to the West [after 1989] because there was nothing here. Everything on TV, in magazines or in culture that was inspiring was from the West. There were no institutions in the East, so everyone was trying to get to the West to have a chance to play or for the things that were not here."

Artists from the region had to look outside for support. Local audiences likewise trust western producers and stores more than local ones, making the west a filter between them and local artists. Paradoxically, musicians often need to gain approval abroad before receiving attention at home.

It is only slightly easier to break through internationally. The Polish label Mik.musik.!. got around this problem by combining brash attitude with original sound - "music never heard before" in Kucharczyk's words - and recording their albums on CDs themselves and packaging them in handmade covers.

Today, demand has outgrown this method and the label releases fewer titles but at a higher quality, the most recent is Sponsored by retro*sex*galaxy under Kucharczyk's pseudonym The Complainer where he personalizes music from his past in a special style he calls "this-is-not-a-covering".

Labels from Estonia to Serbia, Slovenia to Ukraine are going through the same transformation as they see growing distribution worldwide.

One force behind this growth has been Tamizdat, an American and Czech organization that brings the independent music of Eastern Europe to the West through an online store and magazine, and by arranging foreign tours.

"Through our booking and visa work, we've helped artists reach Western European and American audiences as I think no one has done before, or is really doing now," says Marek Čulen, the managing director of Tamizdat's Prague office.

The positive developments point to the change coming to the region. The entry of many of these countries into the EU last May is the most obvious sign that they have laid the foundations for the domestic institutions and support structures that they lacked 15 years ago. There is a general feeling that these new democracies are pulling themselves together and boom times are ahead.

"Now," says Kordík, "people are looking out for their regions more. For me... I'm getting more responsible for the scene here [in Bratislava], and trying to get it to have something that will be unique, that will not be the same as in Berlin - a reason for people from Western countries to come here and be interested."

The rich variety of innovative music cultivated in Eastern Europe may have something to do with locals' comparatively limited access to tools. "We sometimes need to pay even more for equipment, soft[ware], anything, than in the West or the USA at a moment when our incomes are several times lower," explains Kucharczyk.

Artists suck everything they can from their old equipment and resources, which forces them to improvise and invent new ways to make the sounds they need.

"Do they need to improvize? Yes I think so," says Čulen at Tamizdat. "Does it change the aesthetics? I'm not sure - the ethic, yes; the aesthetics, probably not much."

Dropping computer prices and the spread of the Internet fuelled the electronic music scene at the end of the 1990s, letting musicians turn more attention towards developing their musical originality. It is possible, says Matjaz Manček, a music editor at the Slovenian label rx:tx, that the West does not want to hear about it.

"There is a sense that the Western scene is a bit afraid of opening the door to the East," he says, because "they know that there is a vast region with a lot of talented artists with a good knowledge of survival techniques and a 'can do' attitude."

With these same qualities, he thinks, the musicians of Eastern Europe can solve their problems themselves. Rx:tx is trying to lead the way with a compilation series called Progress that presents artists who will, Manček says, take a crucial role in new eastern scenes. Likewise the annual Wilsonic festival, to be held July 10 and 11 in Bratislava, aspires to be an international showcase of innovative eastern acts.

As such efforts grow, so too do audiences. Peter Fiala, who recently opened Notape, one of two new specialty electronic record stores in Bratislava, says the city's music scene has diversified in the past two years, showing that fans and artists want more. Like all the people interviewed for this article, he is optimistic. "If I wasn't," he says, "I wouldn't have opened this store."