Painting back in the spotlight

THE YEARS following the 1968 Soviet invasion "normalized" painting to such an extent that few showed enthusiasm for the art form after the 1989 Velvet Revolution overthrew the regime. But in the third millennium painting is once again gaining attention after being overshadowed by new art forms in the 1990s. 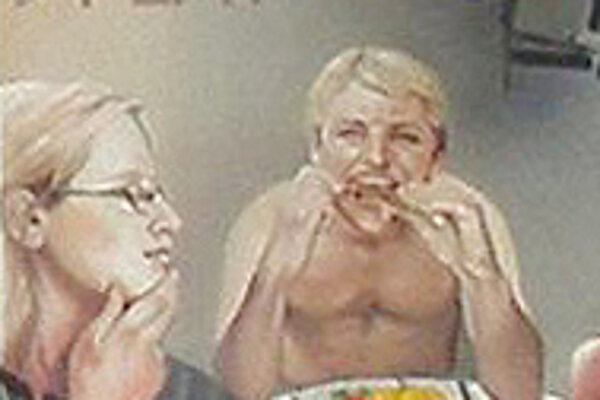 Font size:A-|A+0
THE YEARS following the 1968 Soviet invasion "normalized" painting to such an extent that few showed enthusiasm for the art form after the 1989 Velvet Revolution overthrew the regime. But in the third millennium painting is once again gaining attention after being overshadowed by new art forms in the 1990s.

"Despite painting never being completely pushed from the world's art scene, in Slovakia [its rejection] was part of the neo-avant-garde revival after the 1989 revolution," said Richard Gregor, curator with the Bratislava City Gallery. "Painting and sculpture were preferred during 'normalization' and disrespected at the time of the revolution, it is understandable that painters needed to fight to regain its prominence as conditions relaxed."

The fact that painting is once again in vogue in Central Europe indicates several things, according to Gregor. One is the will and purposefulness of the artists and critics to reassess painting's role.

"Painting has become a topic of discussion to an extent one would hardly have expected," said Beata Jablonská, a curator with the Slovak National Gallery.

She explains that apart from the political changes, development of the local scene was undermined by a lack of market power so strongly present in the Euro-American arena.

In the 1990s in Slovakia it was the state and town galleries that dictated artistic tendencies. "These 'trend dictators' were not fond of painting. The fact that the 1990s generation produced very few painters is proof," said Jablonská.

To introduce the revival of painting to the public and experts alike Gregor and Jablonská have put together an exhibition entitled Draught. It is on display at the Považie Art Gallery in Žilina. Explaining the title the curators say they wanted to "bring a bit of air to the canvases".

Fifty-two artists display around 75 paintings that represent all the different styles on the Slovak art scene. The curators have chosen artists they think have made progress in their work in the last five years. Almost a third of them are students from art academies and the majority are in their 20s and 30s.

"Painting is becoming trendy because it is part of the discussion amongst experts and amateurs alike," Gregor explained. "The trend to hang a painting on a wall goes hand-in-hand with the initiatives of collectors. It is also connected to the fact that local artists' styles reflect world trends."

Auction houses in Slovakia are starting to offer contemporary paintings so the supply-demand circle is slowly closing. The fact is that painting is popular: People want to have paintings on their walls and collectors want to invest. The recent SOGA auction house sale was proof of the trend.

According to SOGA's director Ján Abelovský and Gregor, painting has a lot advantages compared to other art forms, such as installations: it takes up less space and can be easily transported. But as is the case with other art forms painting is also developing, introducing new styles and flirting with technology.

"Painting is not a hermetic structure that takes place only within a frame with an observer. Painting has to be accepted as a part of an 'expanded field' of traditional and avant-garde tendencies, as a philosophy, an approach to society and history," the exhibition's curators say.

Jablonská added that painting has always been popular as it is the most familiar art form. No other medium has been subject to such a long-lasting critical reflection as painting. However, painting is often an "obvious target into which firing a shot pays," Jablonská remarked.

Painting's return to prominence was expected, Gregor says, as has been the case several times in the history of art. However, it is important to pay attention to what exactly is understood by a "return", because painting has always existed side-by-side with other art forms. It is the preferences of critics and curators that have fluctuated.